The Courier
HomeTechnologyPutting Stranger Things to shame, this new series is a hit on...
Technology

Putting Stranger Things to shame, this new series is a hit on the platform 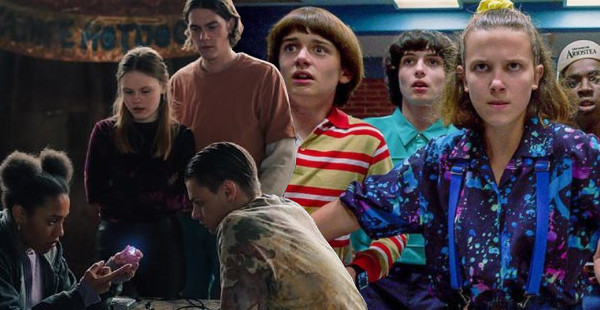 This start to 2022 isn’t the brightest for Netflix. Fortunately, however, to face up to increasing competition, the #1 SVOD platform can count on a catalog that is constantly renewed. A new Danish series is currently a hit and has made the top 10 in France.

A new series from proven directors

From May 2018, Netflix started streaming the Danish post-apocalyptic series called The Rain. For three seasons and twenty episodes, this one knew how to find and enchant his audience as we followed a brother and sister trying to survive in a Scandinavia decimated, like the rest of the population, by a deadly virus like the rain . If it’s not the cult of the platform, The Rain remains a series that has achieved some success in its three seasons created by Esben Toft Jacobsen, Jannik Tai Mosholt and Christian Potalivo.

You may have heard of the latter two again recently, as they are behind a new series that’s currently a hit on Netflix: Chosen. This month of January 2022, which is coming to an end, the American platform has already hosted successful series, with the return of Ozark or even the French-made Plan Coeur (season 3). But it is indeed Chosen that has had an unexpected success since its release four days ago: it currently ranks tenth in the most watched series in France!

With Chosen, the creators of the series have decided to move away from the foundations laid with The Rain and focus on a very different story. No decimated civilization here, or surviving in a hostile world, but a group of teenagers living in a peaceful small town…at least on the face of it. Apparently, the Danish directors aren’t content with just telling us about life in the country, preferring instead to draw inspiration from a Netflix flagship series, Stranger Things. We therefore follow Emma (Berenth Mosendane), a 17-year-old Danish girl whose life is turned upside down when she discovers that she has been living a lie all her life.

In fact, she was always told that 17 years ago a meteorite struck the small town of Middelbo where she lives. In reality, it could be a “much more powerful thing,” and so it could be that the city is hiding “a much more disturbing truth than[Emma] I couldn’t have imagined it.” Anyway, this explains the official synopsis of the 6-part miniseries in a mysterious way. If she can count on her friends to support her and try to figure out what paranormal events might have instead, she’ll have it on her alone to find out the truth and deal with it.

Between the paranormal, science fiction and suspense, the series has something to keep you going in its few episodes of 40 to 50 minutes each. Netizens are generally divided on her, and while there’s no doubt that Chosen won’t reach the heights that Stranger Things did before her, there’s no doubt she can keep you entertained.