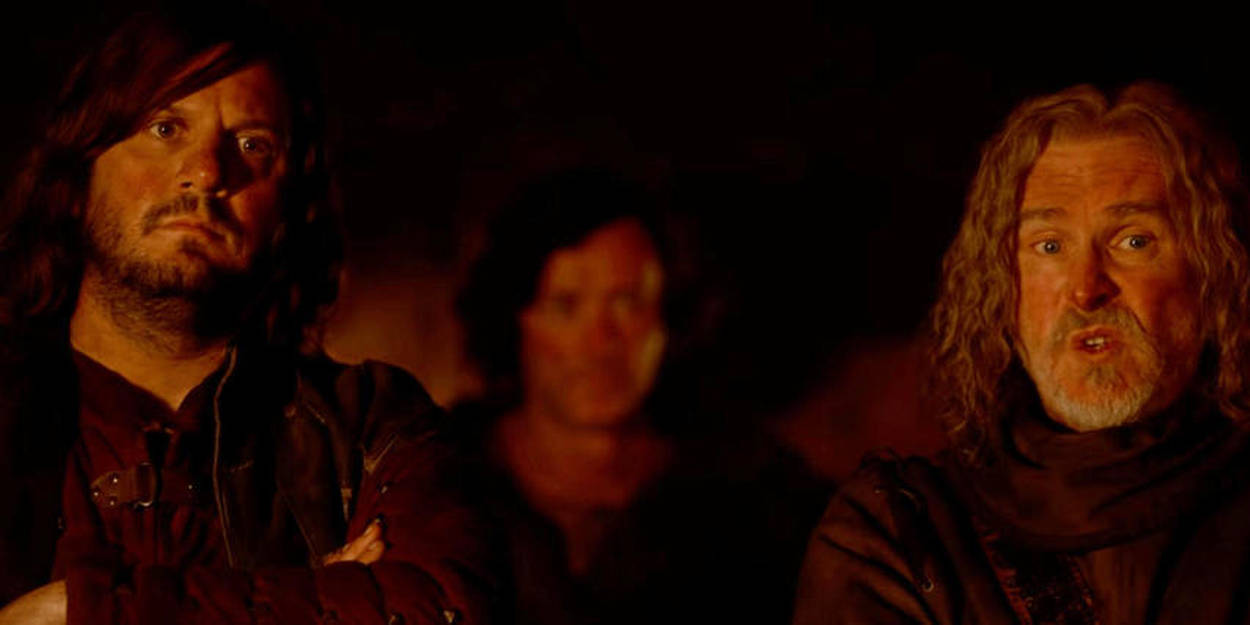 On Monday October 19, Alexandre Astier announced on social networks the postponement of the film Kaamelott: Premier Volet, originally scheduled for November 25, at an unspecified time. In this article, we’re going to question the reasons and merits of this shift.

The movie is postponed

In recent months, Kaamelott: Premier Volet has been doing well despite the health context. Alexandre Astier, its director and screenwriter, spoke at length about his ambitions in Première and announced the release of the soundtrack for November 27th, which provides a great excerpt in physical and digital format. While we waited impatiently for Kaamelott: Premier Volet to be released (to put it mildly …), the saga’s creator Alexandre Astier announced on Twitter that it would be postponed to a currently unknown date. .

I am very sad to announce that KV1 will not be released on November 25th.

I was impatient to show you … I’ll stomp some more. https://t.co/7VzYYOYU2h

Obviously this postponement of the film Kaamelott is anything but surprising, and to be honest, we expected it … The sales company SND, which belongs to the M6 ​​group, has also pointed out the “new government measures” (curfew at 9 p.m. without exception for cinemas and shows), as one of the main reasons for this postponement.

A postponement for free?

Think about it, however, and while it may seem counter-intuitive at first glance, one wonders whether the Kaamelott: Premier Volet postponement is not “a free postponement”. Warning: Far from us the ambition to reproach Alexandre Astier and the SND Company for anything. First, because we do not know how much the opinion (which we do not know) of Astier could carry much weight in the choice of distributors; then because the health context urges studios to improvise. We remind you that Disney threw the first trailer for a horror film across the Atlantic a week before its release … We just ask one question: Would the Kaamelott film have failed at the box office? if it had been kept on November 25th?

Well i’m not sure. First and foremost, the M6 ​​group could have mimicked Warner’s strategy in relation to Tenet, which is to distribute Kaamelott: Premier Volet, by looking for the long term. Suppose the movie wasn’t profitable in the first few weeks of its usage, but by and large. One could certainly reply that the Warner strategy has not paid off for Tenet and that the film is difficult to reimburse.

If the long haul strategy had failed for Tenet, it could have been a real success for Kaamelott: Premier Volet. First, because Kaamelott’s domestic box office is the French box office, unlike Christopher Nolan’s film. The domestic box office, however, is a key element in any film’s success, especially for Kaamelott: Premier Volet, who appeals primarily to the French public and whose ambitions to exploit abroad are frankly meager. Page of the Marvel Cinematic Universe Films.

Despite the fact that French cinemas are suffering from the health situation and have seen a worrying decline in attendance, French cinemas manage to keep their noses afloat much easier than American or English cinemas. to name a few. For example, we learned on November 5th that the British cinema chain Cineworld, which owns the second largest cinema network in the USA, announced the closure of 536 cinemas on American soil. In France, despite the logical closure of certain cinemas (such as the Grand Rex, which temporarily closed its doors this summer), none of the main multiplex networks (Gaumont, Pathée, UGC, CGR, Megarama) announced the closure of all its rooms on the Territory. While the closure of American theaters is “irreversible,” as director Patty Jenkins (Wonder Woman) proves, French theaters seem immune to such terrifying predictions, at least for now.

In addition, the context is favorable so that French films can achieve long-term exploitation. Indeed, the lack of big American blockbusters has made French cinema one of the “lucky winners” of this health crisis. Films like Antoinette in the Cevennes managed to reach 625,334 visitors on October 7th after only four weeks of exploitation. French films are becoming more popular, can be seen in more theaters and can stay there longer.

We might, however, be countered that we are not immune to general reluctance. Certainly. It should be remembered, however, that the films whose theatrical exploitation was interrupted by the March 2020 restriction could resume their exploitation when the cinemas reopened.

The real reason for the delay

It is correct that Kaamelott: Premier Volet’s large budget (15,000,000 euros) is an element that needs to be considered in SND’s decision to postpone the film. The film would be much more difficult to reimburse than Antoinette in the Cevennes, which only cost 3,750,000 euros. However, we would like to remind you that the estimated budget of Adieu les cons, the new film by Albert Dupontel that will be released in theaters on Wednesday October 21, 2020 (it’s a masterpiece, check it out!) , Nearby is the 10,000,000 euros.

The comparison between Farewell les cons by Dupontel and Kaamelott: Premier Volet by Alexandre Astier is not trivial as it allows us to understand another, this time non-financial, reason for postponing the continuation of the adventures. from King Arthur: the desire of Alexandre Astier and the M6 ​​group to simultaneously show the film across the territory. Two elements allow us to confirm that this element must have been weighed in the final decision that led to the postponement of the film. First, the promotion for the film: only an almost silent trailer was shown, while the film was due to be released in a month by yesterday. Then no preview had been announced for Kaamelott: Premier Volet, while several previews had been organized for Adieu les cons from June, sometimes in the presence of Albert Dupontel.

And this is where the famous “new government measures” come into play … The decision of a curfew, without exception for cinemas, in eight of the largest French metropolises, including Paris, Lyon and Toulouse, contradicts the idea of ​​equal opportunities to see Kaamelott: Premier Volet. In other words, populations affected by the curfew may not be able to get to theaters as easily as those living in cities unaffected by these new restrictive measures. Viewers could therefore easily spoil the various elements of the plot, especially if we take into account the fact that Kaamelott has a community of fans who are very present on social networks …

It should also be noted that Alexandre Astier’s goal is to make Kaamelott a trilogy in the cinema. Distribution company SND, contacted by our colleagues in Le Point, announced that, given the film’s high budget, a box office error could support this very ambitious project. Especially since the curfew affects 30% of the French population, the eight metropolitan areas affected by the new health measure alone account for 50% of theater visits. Since we also know that the evenings make up 80% of the visitor numbers, we understand the choice made …

So when we understand the circumstances that led SND to make this decision, we can’t help but apologize, as the release of Kaamelott: Premier Volet in theaters could have increased significantly. their participation and have a positive effect on the operator’s crisis. In the absence of Kaamelott: Premier Volet, to save the French cinemas, it’s up to us to help them by going to the cinema. The release of Albert Dupontel’s new film that we previewed seems like an ideal opportunity to get started!