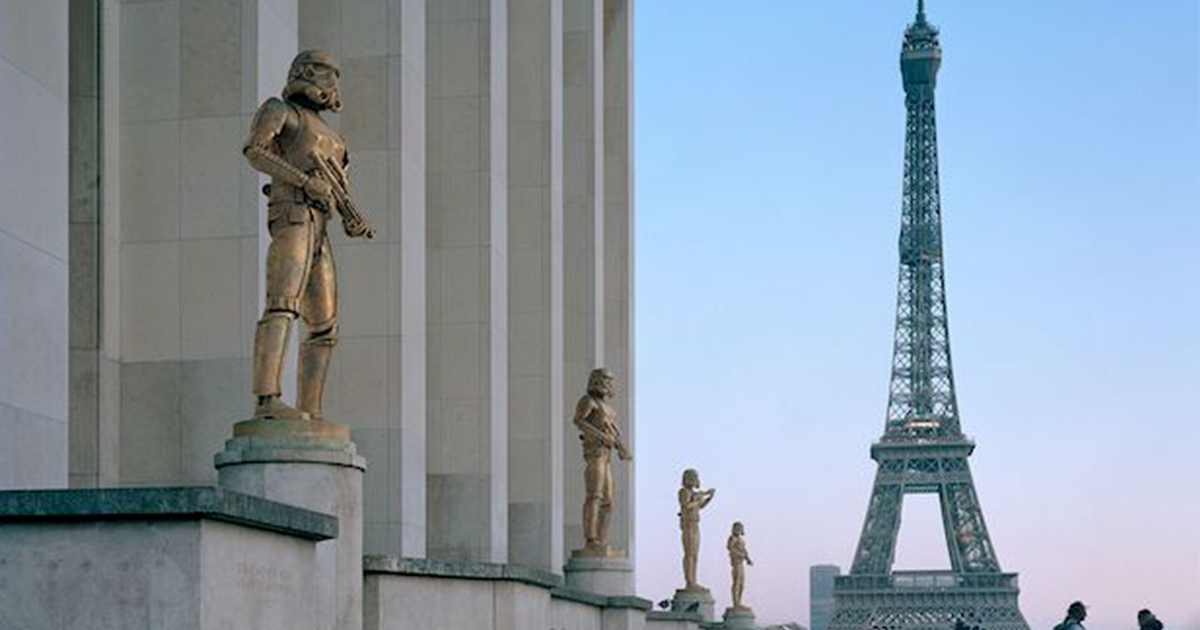 Paris is known for its historical monuments, which are very popular with tourists. But if the French capital had bet on modern rather than old bets, what would it have given?

Our heroes invade the city of light

This is certainly the question posed by Benoit Lapray, a French photographer. Indeed, the artist has just revealed the result of a project that took him no less than two years to create. In a series of photographs called monuments, the man decided to make a sculpture out of no less than 13 pop culture figures in the heart of Paris. Fortunately, he could count on the welcome help of Studio 95 Magenta and 3D graphic designer Emmanuelle Vonck Lugand. On his website he also gives a little more information about the reasons that led him to turn to this project.

In 2015, while walking the streets of Paris, where I live, the idea came up to do photo work on monuments. The idea was to stage pop culture heroes by incorporating them into the decor in place of existing Parisian monuments. A way for me to pay tribute to the creators of these characters who have inspired us and fired our imaginations for decades.

In this way, the artist wants to pay homage to the heroes who are so present in people’s minds, but also their creators.

Benoit Lapray is not his first coup. The photographer had already got people talking about him when he brought the dinosaurs of La Défense back to life or when he managed to integrate superheroes into the landscape of the Alps.

The artist promises that his Monuments project is still in its infancy and will not stop there. Other of our favorite characters should then have a statue of them shortly.