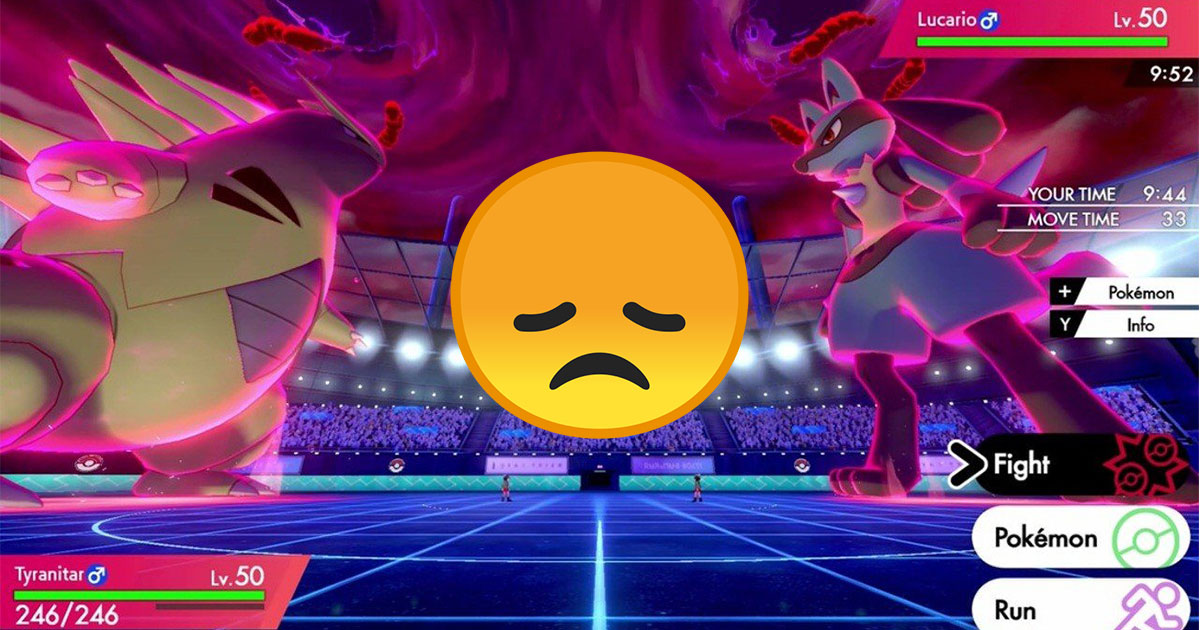 Last November came the sword and shield versions of Pokémon. The opportunity for players to discover a new region populated by new Pokémon. And thanks to the Expansion Pass, creatures from previous versions have arrived in droves, giving players the opportunity to build the team of their dreams. But the fights there have been changed by Game Freak and the players are now asking the studio to back off.

an ordeal for the big players

The Pokémon saga allowed players to play against each other. The most classic format is simple: two trainers and their 6 Pokémon face each other, the one whose Pokémon are eliminated first loses the duel. In previous versions, players had 60 minutes to end their fight. A relatively mild time in which they had to define the best strategy for adoption.

But with Pokémon Sword and Shield, that time has been reduced by three. Now the players have only 20 minutes left during their duels. And if the greatest Pokémon players are to be believed, this time is not enough. With the hashtag #BringBackTimer, part of the Pokémon community is trying to contact Game Freak, the studio responsible for developing the game, so that the 60-minute duel can be resumed.

“The biggest problem with this timer is how we feel after a fight. When I fight a friend and the game ends on 6 to 5 Pokémon and the game thinks I won.” There is no satisfaction. It’s not over, the game is not over. And yet the allotted time determines the length of the game and the fact that I won, but it isn’t. how I feel. And that’s why they have to change this timer. It’s a simple change. “explains the YouTuber specialist pokeaimMD in video.

According to the videographer, the time limit during a fight over WiFi should be 60 minutes while the animations are disabled. Unfortunately, the animations shorten the seconds so desired for the happiness of your retina. And with Dynamaxing in the Sword and Shield versions and its detailed animations, this time is shortened even faster. A feeling shared by a number of specialist videographers who support pokeaimMD.

Others demand that the rules of the duel can be further personalized. So if both players agree, the fight begins. An adjustment that allows players to play according to their criteria without being dictated by the decisions of the studio. This shortened time limit forces the big players to leave the restrictions imposed by these new versions, while the Expansion Pass went in their favor by integrating shortcuts for PvP. Some take the direction of the Pokémon Showdown to experience more pleasant duels.

It remains to be seen whether Game Freak will take the time to address the complaints made by the great Pokémon players. Especially since a simple timer change shouldn’t be too restrictive for the studio. Even so, Game Freak isn’t the type to give in to gamers. Hopefully, things will improve as the sword and shield versions of Pokémon run the risk of losing some of their most loyal players.