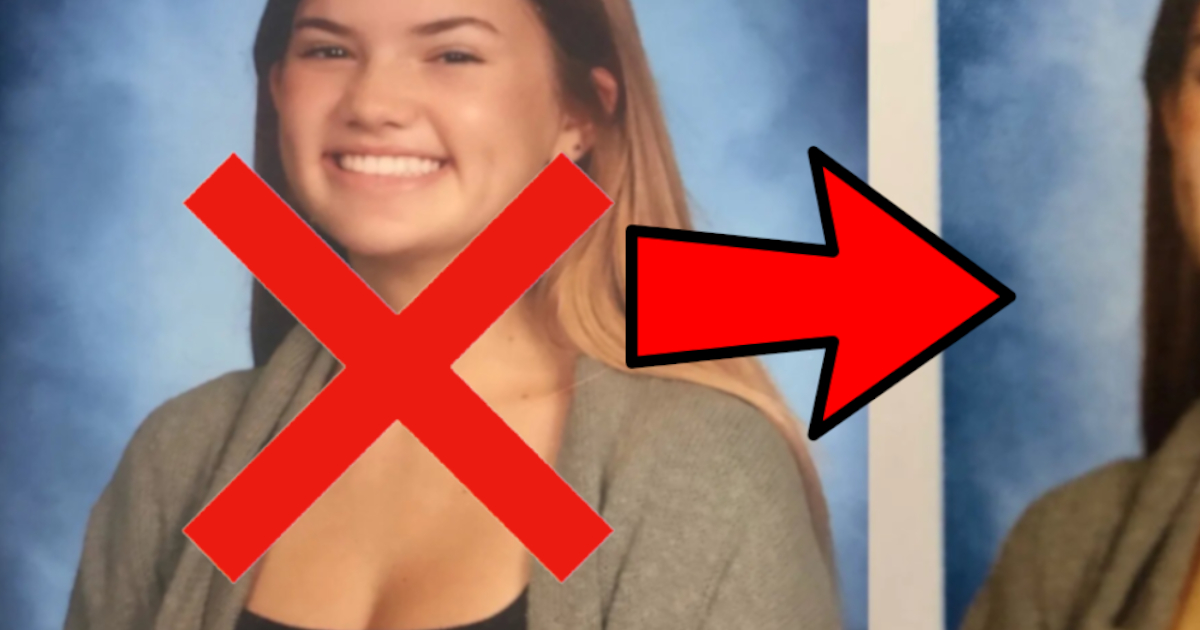 A Florida school is accused of sexism after nearly 80 class portraits were discovered that were retouched by photo software. These photos only concern young women who have had their cleavage removed and their shoulders artificially covered.

Bartram Trail High School in St. Johns County, Florida organizes a yearbook at the end of each year, a directory of the portraits of each student. However, 80 photos have been digitally enhanced to hide both the cleavage and bare shoulders. These photomontages were discovered because they are very poorly done. The parents of these young women were outraged by the news, and a group was formed on Facebook to denounce these practices and lobby to change dress codes.

For women, the Code states that tops and shirts should cover the entire shoulder and should be kept humble and not revealing or distracting. Very short skirts are forbidden and only those that do not exceed 10 centimeters above the knee are allowed. Finally, underwear should not be exposed and pants should be worn at the waist. A code that is classified as sexist by parents because, according to the American media, they refer Saint-Augustine to photos of boys in bathing suits without the slightest change.

… which is less for young men

Indeed, the dress code for boys seems to be much more lenient. Depending on the facility, the pants should be worn at the waist. Boxer shorts or underwear should not be visible, and whiskers and beards should be properly shaved. We owe this delicate establishment situation to Anne Irwin, Establishment Directory Coordinator, who would have made this decision. She judges that the portraits did not respect the school’s dress code. It states on the website that photos can be digitally adjusted if they are not compliant. Problem, the photomontages were made without the consent of the person concerned. No information was sent to her to notify her of any changes to her portrait. According to the mother of one of the students, this gives young girls a bad image that they should be ashamed of their naturally growing bodies.

My daughter has been hospitalized twice this school year for having been under stress and pressure over the past year, including body image issues for which she is still seeking regular treatment.

A petition was recently launched to pressure the establishment to change the dress code. To date, almost 5,000 signatures have been collected. The case has been covered by several major media outlets in the United States, including the New York Times.