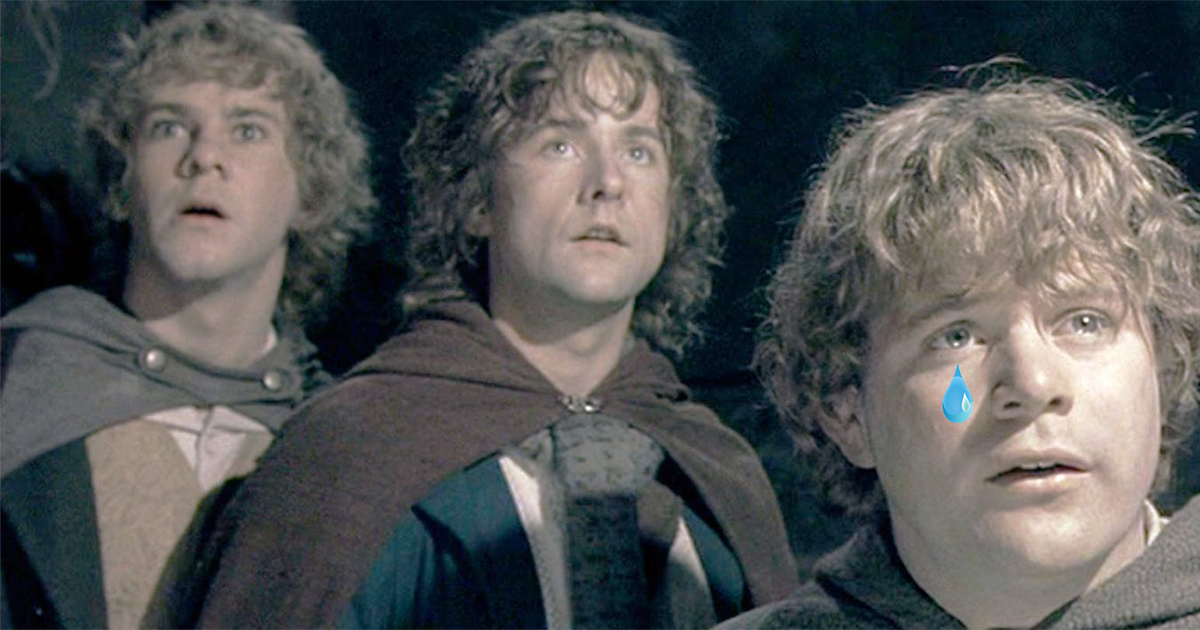 Twenty years after the release of The Fellowship of the Ring, the cast of the famous Lord of the Rings trilogy continues to give us revelations about how the films were made, but also about the script and its development. Today we learn that the director of the films, Peter Jackson, has been put under great pressure to kill one of the four main hobbits in The Lord of the Rings. We take stock of the issue.

The new podcast for Lord of the Rings lovers

In May 2021 we told you about the start of the very last project of actors Dominic Monaghan (Merry) and Billy Boyd (Pippin). The famous duo actually launched The Friendship Onion podcast on May 18th. With this podcast, the acting duo combine knowledge and humor weekly to explore theories and the latest news about The Lord of the Rings.

On their latest podcast, the cast revealed a very interesting detail about Peter Jackson that sheds light on how the director came up with his ideas for the cult Lord of the Rings trilogy.

Peter Jackson was pressured to kill a hobbit

Thanks to the last podcast, The Friendship Onion and Dominic Monaghan, we learned that Peter Jackson was under great pressure from the producers to kill one of the four main hobbits in the trilogy. However, Jackson was genuinely reluctant to use this idea as he was determined to keep all of the fictional characters alive as Tolkien had written them. The director won his case, despite the increasing pressure the producers put on his shoulders.

So what was the hobbit in question? Who would Jackson have sacrificed if he’d listened to the producers? On behalf of The Frienship Onion podcast, Monaghan explains:

It’s good it didn’t happen because it would have been me. Of course it would have been me. There is no way they are going to kill Frodo and Sam, and the only ones left would be Merry and Pippin. You wouldn’t have killed Pippin because Pippin has a very strong history with Gandalf. I would certainly have been. I think Pete was right to say, “This is a brilliant work and we need to stay close to the text.” So he stuck to his principles. Yeah, I’m really grateful it didn’t happen.

If we are to believe Monaghan, we would have had to say goodbye to Merry during the trilogy if Peter Jackson hadn’t been in his positions. If Merry had been killed, the iconic duo that gave the trilogy a comedic wind would have crumbled, and the tone of the epic would have been very different.

Especially the last reunion wouldn’t have tasted the same, especially if the characters had been in mourning. It’s interesting to think that another director could have given in to the pressure in particular to create a shock effect or a dramatic revelation. Peter Jackson has proven he is true to his ideas and Lord of the Rings fans can only thank him for that. And if you still want more news on The Lord of the Rings, know that in a previous article we tried to reproduce the cast when it was 100% French.

Disney received a petition with more than 17,000 signatures asking for a new version of “Soul”.