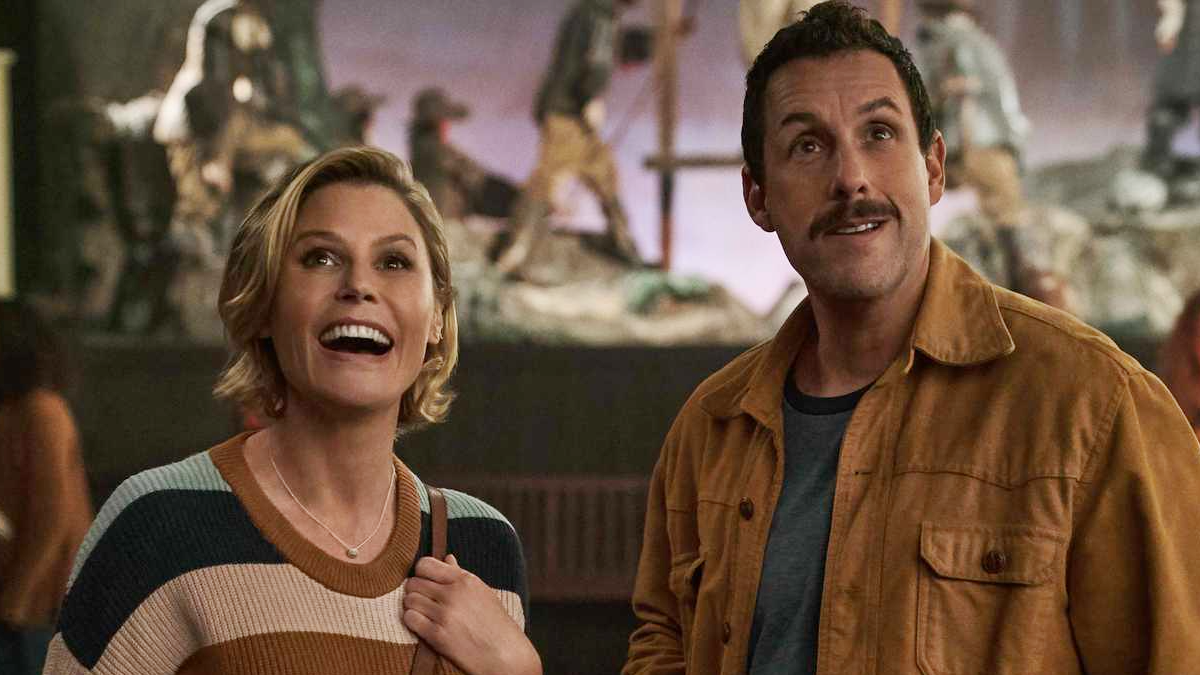 Adam Sandler is a real star, it doesn’t surprise anyone, and his partnership with Netflix has been more than fruitful. In fact, in 2015, the actor signed an agreement with Netflix to produce six films for the platform with studio Happy Madison Productions, of which Hubie Halloween will be the final episode.

Hubie Halloween is the story of an often mocked, not-so-smart deli owner named Hubie, played by Adam Sandler, who patrols the streets every Halloween night to make sure everything goes well. But on the final night of Halloween, real monsters attack the city of Salem, and Hubie convinces everyone that the threat is real. It’s up to him to save the city and its people!

Viewers will therefore have the pleasure of finding Adam Sandler in the role of the idiot of the village, a role the actor particularly likes. The film, released on October 7th, is already number one in Netflix trends!

In fact, the 2015 deal proved so profitable for Netflix that the company renewed the deal for four more films. As a reminder, Murder Mystery had blown a record, with nearly 30.9 million views in just three days after it went online.

By the way, hit comedy Big Daddy, released in 1999, is also in Netflix’s top 10 after being recently added, proving that the audience on the streaming platform obviously doesn’t seem to tire of the actor. .

What about other trends?

Ranked second in Netflix’s Top 10, we find American Murder: The Family Next Doo, a documentary that looks back on the disappearance of Shanann Watts and her children. Then comes the series Emily in Paris, a series that has received much criticism for its stereotypes about Parisians.

Austrians should be tested for coronavirus | Free press

Berlin for May 1 – Peaceful Protest in Wedding | Free press