The Courier
HomeWorldof customers say they received cat food and bulgur in place of...
World 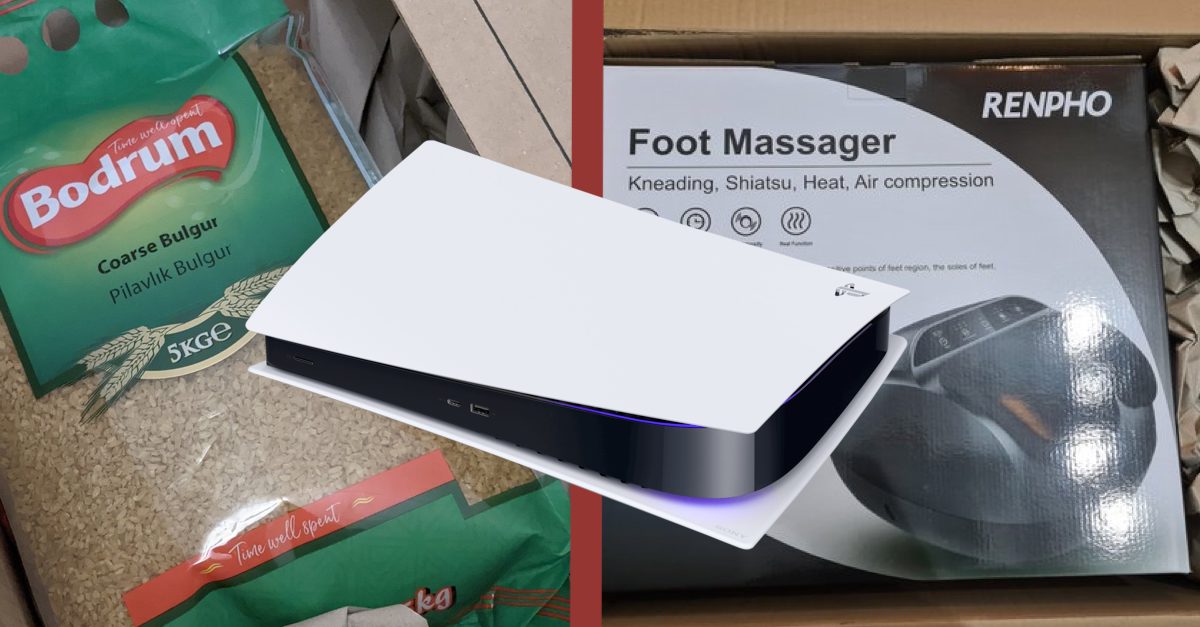 The PS5 is finally available in Europe and millions of people will finally get their hands on the famous console that is so coveted. Despite stock levels and delayed pre-orders, Amazon UK customers had a nasty surprise when they received their package.

A bad surprise when the box is opened

In fact, there are many internet users on the forums, Reddit, or even Twitter who testify to their mishaps by receiving their pre-order for the PS5. The first to share her bitter experience is a journalist who explains on Twitter that she received a deep fryer in the box instead of the new Sony console.

Happy # PS5 day everyone. We tried to document the revelation of our person, but Amazon instead tricked us with an unwanted air fryer (after giving the delivery password). Has anyone else had this problem today? pic.twitter.com/99IUSzSJUU

And she’s not the only one in this case. In response to his tweet, internet users said they had the same nasty surprise when they opened the box. In the end, they would have a foot massager, bulgur, or cat food.

This is of course only based on news posted on social networks and Amazon UK has not yet communicated on the matter. However, it does not seem to be an easy mistake in preparing the package, as the operating mode is almost identical in all reported cases.

According to statements, the package tracking page indicates that the customer was absent or that the deliverer could not find the address. In some cases, customers have never seen the delivery person, but the order shows as delivered.

In the case of the journalist Bex April Mai, the box was not sealed with Amazon Scotch, but with conventional adhesive tape. The same goes for another user on Resetera, who explains that after missing his delivery at lunchtime, he contacted Amazon’s customer service and in the evening received his package and again received a package that contained everything but a PS5.

If we want to believe the statements on social networks, the number of similar cases will multiply. It seems that this is a deliberate theft in order to be able to resell the coveted next-gen console at staggering prices! All that remains is to wait for Amazon UK to announce these delivery issues to find out the end of the story.