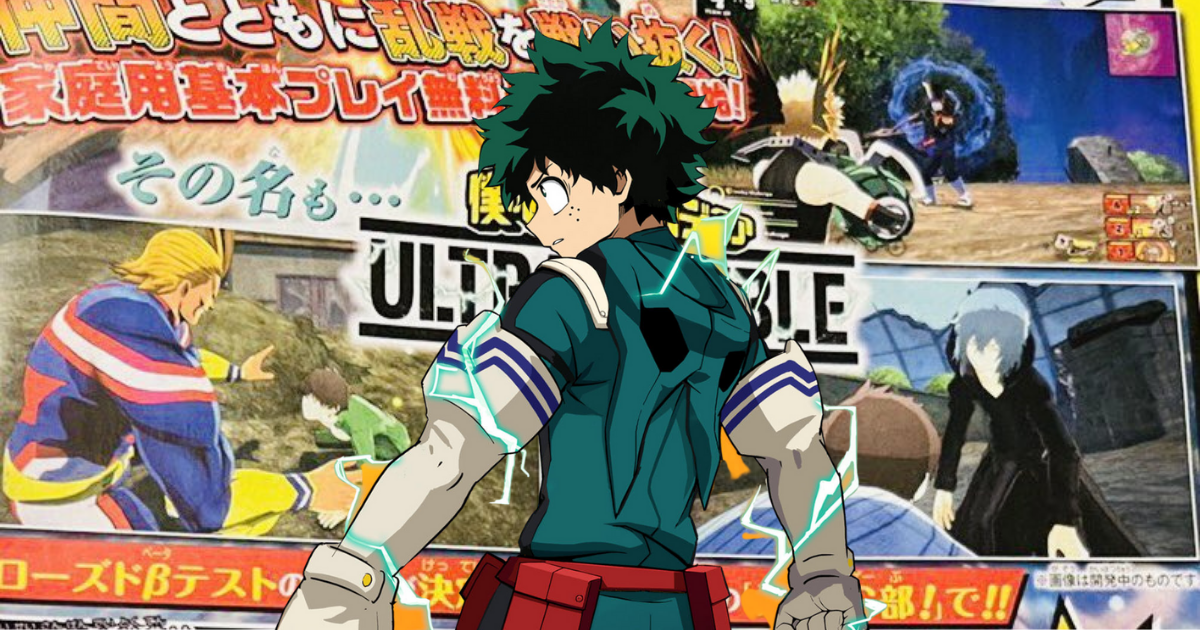 Kohei Horikoshi’s manga has become a classic of modern Shonen. Building on its success with its anime adaptation, My Hero Academia continues to grow and has since grown into a true franchise. As a result, we begin to find variations and products that come from work, such as this Monopoly that we recently introduced to you. And today we also learn that a new free video game is about to be released soon.

a new game for mha

In just a few years, My Hero Academia has captured most of the manga and anime fans, reinterpreting the traditional genre of superheroes in the purest Shonen-Nekkestsu style. Take young heroes with hopes and ambitions, evil and charismatic villains, add a variety of forces, all more diverse than the others, and you have the perfect ingredients for a recipe that is good to turn down.

And, according to Gematsu, editor Bandai Namco got it right by announcing the upcoming My Hero Academia: Ultra Rumble game in the latest issue of Weekly Jump magazine. The game would then be a completely free-to-play battle royal. Very little is known about the game at the moment, but the announcement states that it will offer games for 24 players and that it will be available on PlayStation 4, Xbox One and Nintendo Switch for the time being.

Although a release date has not yet been announced, the announcement suggests that a closed beta will open in the near future. It is currently unknown if players will be able to apply to participate or if the beta will be a closed initiative. One thing is for sure, many fans will be looking forward to a new My Hero Academia game, although some will likely have reservations as well.

not the first attempt

Because My Hero Academia is no stranger to video game adaptations. As reported by CBR, the popular Shonen Jump franchise has appeared on several major game consoles and even tablets and smartphones over the years. The most famous video game based on the series is My Hero One’s Justice, a fighting game developed by Byking and published by Bandai Namco. The title was released in 2018 and allows players to take on the role of iconic heroes and villains from the series and compete in duels in a variety of environments recognizable in the anime. But My Hero One’s Justice received mixed reviews as many, despite an elegant take on the game’s explosive battle scenes, lamented the battle system and story that were deemed superficial and overly repetitive.

But the game was successful enough to produce a sequel, My Hero One’s Justice 2. This sequel was released in 2020 and improved the original in several ways. While critics still find the combat system not appealing enough, other parts, like the story campaign, are much more detailed and extensive.

The characters from My Hero Academia also appeared in Jump Force, a game that brings together the characters of many cult licenses of the Japanese animated film, but which unfortunately failed to seduce its audience, so it was withdrawn from all stores after its launch.

Another point that could potentially split players is the choice of game type. In fact, My Hero Academia is surfing the trend of the last few years with the choice of the royal fight, but also takes a risk by adding a new game in one already well used and reasonably proven style. Hopefully, with the potential that they have thanks to the original material, they can offer us a game on a par with the original work of the same name.