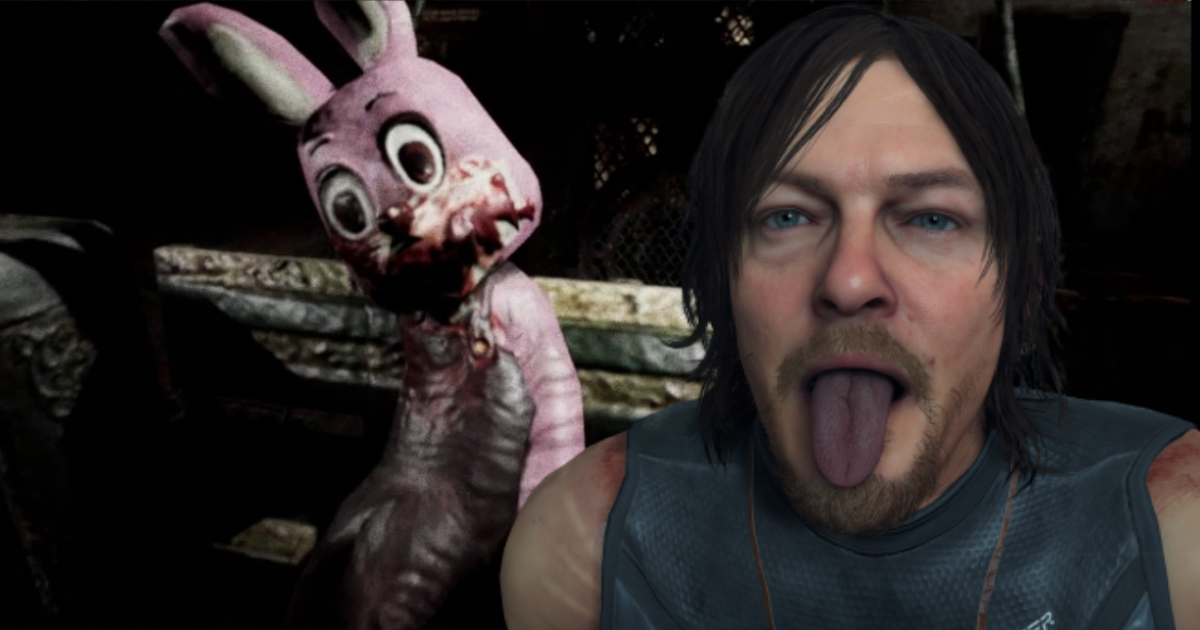 All Silent Hill fans will remember the canceled Silent Hills project, a playable demo that heralded a promising future collaboration between Hideo Kojima, Guillermo Del Toro and The Walking Dead star Norman Reedus. The abandonment of the project, which was canceled in 2015, has left a huge void in the hearts of gamers who have not stopped hoping for a new announcement since then. After a long silence, a strange publication by Norman Reedus revives hope for a new collaboration.

Hideo Kojima is arguably one of the most popular and most anticipated video game developers around. You only have to look at the success of Death Stranding to see this flare up, because while the game received a rather mixed reception, the Kojima name has been a major contributor to copy sales.

All the more, the current sales figures put around 5 million copies sold, which is remarkable especially for a badly received game.

This success is apparently mainly due to his work on Metal Gear Solid, but also the famous horror game that traumatized generations of gamers with antagonists like Pyramid Head. You will understand: it’s Silent Hill.

Silent Hill or the desperate wait

For several months now, fans have continued to speculate about the possible arrival of the next opus in the horror saga, which is several years overdue. It must be said that since Kojima left Konami in 2015, the players have been without any news.

On this occasion he assured that he would continue to deal with the license. Unfortunately, he hadn’t given any news since then, which left fans in complete uncertainty.

This silence has only encouraged the noise from the hallways and many rumors regularly swarm the net as they wait for a sign of life from the franchise. As such, Silent Hill is often trending on Twitter and the few clues scattered by development studios reinforce that expectation. For example, rumors suggest that the game Abandoned, which is currently being developed at Blue Box Game Studios, is related to Kojima.

There was a pause in the theories until we re-fueled the fire of waiting with a (very) strange video.

Norman Reedus, who was supposed to be part of the cast of a canceled Silent Hill opus along with Guillermo Del Toro and has worked with Hideo Kojima on numerous occasions, has posted a video that is as WTF as it is puzzling.

In this weird and epileptic clip posted on Instagram and broadcast on Twitter, we see the actor dancing with a rabbit mascot in an extremely bizarre way. A day believed to be normal for the actor who loves contemporary creation.

For the common man, however, the whole thing is far less normal and even less for fans of Silent Hill. Fans will have noticed that the Norman Reedus dance companion isn’t just a classic bunny. It is actually Robbie the Rabbit: the mascot of the Lakeside amusement park, from the various games in the game and in particular from Silent Hill 3, Silent 4: The Room, Silent Hill: Homecoming or even Silent Hill: Downpour.

It didn’t take anymore for fans to see it as an ambiguous allusion to Kojima’s project and the hope of a new work in preparation.

Normand Reedus, who shares a video of him with the Silent Hill Bunny and the post, is liked by Kojima. Same week as the Abandoned reveal. #SILENTHILL pic.twitter.com/QVrlf2bIW9

There is no way I want to relive the Abandoned = Silent Hill theory, so I invite you to check out Norman Reedus’ latest Instagram post to start your lovely day: pic.twitter.com/4Vg3VNuaRo

I hadn’t seen it, but Norman Reedus, who is playing with all his nerves with Robbie from #SilentHill on Instagram https://t.co/P92gHo4PtD

Stop playing with my heart, I know Norman Reedus will never be a cannon for the silent mountain story https://t.co/X71W574jFk

While it is very tempting to imagine that this video is a new clue to the announcement of an impending Silent Hill, it is necessary to know how to keep the reason: Norman Reedus is a regular with strange content and the presence of Robbie The Rabbit Doesn’t Do It This is not conclusive evidence.

That said, if an official announcement was made in the coming months, it would surely be one of the strangest teasers ever made in the video game industry.