Nobody noticed this Thor Ragnarok reference 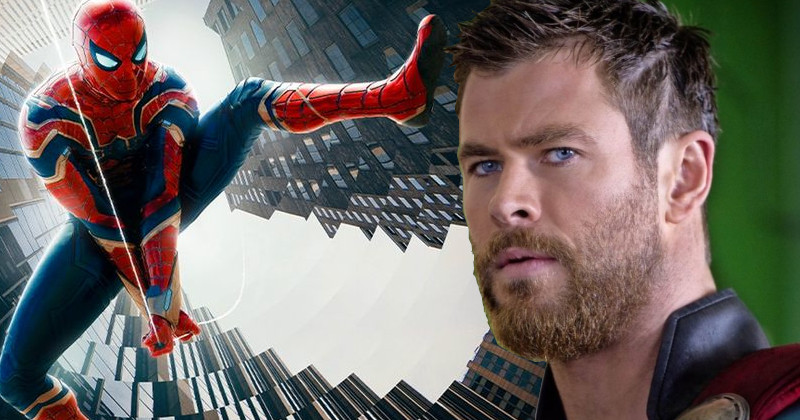 Spider-Man: No Way Home seems determined to be able to surprise again and again. A month and a half after its release, it’s actually a new Easter egg that has been discovered that apparently no one had noticed until then. What a lovely addition to the very exhaustive list of film winks and references we’ve listed here for you!

A reference that escaped everyone

The least we can say is that the hype surrounding Spider-Man: No Way Home has been titanic. Luckily for him, Jon Watts’ feature film rose to the occasion and captured a large majority of viewers, receiving rave reviews and exploding world box offices in the process. Having generated more than $1.7 billion in revenue and attracted millions of viewers since its release, No Way Home has necessarily been scrutinized from every angle.

And yet! It seems that despite the many theories and attention to detail, almost no viewer has managed to spot a subtle Easter egg in any of the film’s main sequences. This is indeed in the scene where Doctor Strange first attempts to cast his amnesia spell to make the world forget Spider-Man’s true identity. And you, did you notice that reference to… Thor: Ragnarok?

An Easter egg revealed thanks to the official script

2017 saw the release of Thor: Ragnarok, the 17th film in the MCU saga, in which the god of thunder tries to save the Asgardian civilization from the end of time (Ragnarok) and has to face the Hulk. While searching for his father, the king of the gods Odin, Thor finds himself face-to-face with Doctor Strange at his home in the Sanctum Sanctorum. A well-known scene from the MCU where Loki arrives in bad shape while “falling for 30 minutes”. In the beginning, Thor amuses himself with a relic while arguing with Strange. He ends up clumsily dropping it and it breaks. Since then, however, it has obviously been fixed since it is the same relic that we can see briefly in Spider-Man: No Way Home.

As Doctor Strange tries to figure out his fate, he is distracted by a Peter Parker who hasn’t thought about the consequences of such an act and begs him to allow those close to him to remember his identity. This ultimately causes Strange to fail his fate, creating a rift in the multiverse and allowing the passage to set the film’s plot in motion. As a result, the Sanctum Sanctorum in which the characters are located begins to collapse and many elements of the decor are destroyed. Including the famous relic that was broken by Thor for the first time back in 2017. A detail provided for in the official script, put online and accessible free of charge for several days.

One of them hits a trembling relic (the same one that knocked down Thor in RAGNAROK). Too late, it falls apart.

It may be a detail to you, but to some it means a lot. Because if the wink doesn’t impact the script, it’s a testament to the care that went into Spider-Man: No Way Home despite some major inconsistencies.

Share
Facebook
Twitter
Pinterest
WhatsApp
Previous article“Before the Doc shots were taken, we were in the hospital for two weeks – and I passed out.”
Next articleWarning, your graphics card can betray you and reveal your data