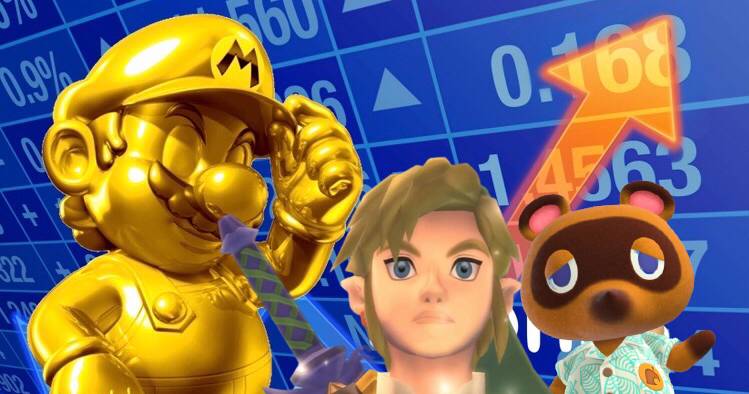 Every month the various manufacturers of consoles and video games compete for the best-selling. And the numbers for July 2021 will not leave anyone indifferent, as Nintendo seems to be skimming the competition with sales figures that are ridiculous for its new games, but also more impressive for its old titles. A regularity that proves the good financial position of the Japanese video game giant.

“The console war” in 2021 seems to have taken a completely different turn than in the 1990s. Today it’s more about the contrast between taste and the joy of playing than about capacities. Consoles of the next generation are similar. When Microsoft offers online multiplayer, Game Pass and access to emulation, Sony is more into solo adventure and storytelling power. Third on the record, Nintendo, sometimes called “Good ol ‘Nintendo” in terms of its longevity and the overall reliability of its titles, which, if they don’t revolutionize much today, have the merit of being very good.

And that shows in the sales of the games for the month of July. Several “old games” of the Switch are still at the top of the world rankings. Among them we can see Mario Kart 8 (4th), released in 2014, Super Smash Bros. Ultimate (10th), released in 2018, Animal Crossing: New Horizon (12) or The Legend of Zelda: Breath of the Wild, Pokémon : Sword & Shield or the very current remake of Skyward Sword, at number one in the ranking. Results that can be explained in several ways.

The amazing thing about these numbers is that they don’t include Nintendo online sales numbers. NPD (the database that takes care of these statistics) can get the digital sales, but Nintendo games are not. In theory, therefore, they should be slightly higher or at least have more sales than advertised, unless the dematerialized sales of Nintendo games are actually ridiculous and inadequate. These numbers are hardly surprising given the recent very positive Nintendo earnings reports.

The most likely reason for this meteoric success is stability and reliability. The company has a reassuring brand image that is known for creating great content. At a time when the economy is unstable and household finances are booming, it is better to resort to security. We can also cite the example of Animal Crossing: New Horizon, which if it “only” turned 14th, the current sales figures actually correspond to those estimated for … the publication of the title. The containment and health crisis have had a huge impact on the Nintendo Switch, more than any other consoles.

If you ever want to see the full ranking, here are some tweets from Mat Piscatella who publishes the monthly video games and consoles sales report:

US NPD ACCESSORIES – The Legend of Zelda: Skyward Sword HD Edition Joy-Con was the top-selling accessory in dollar sales in July. The PS5 DualSense Wireless Controller White has remained the best-selling accessory since the beginning of the year.