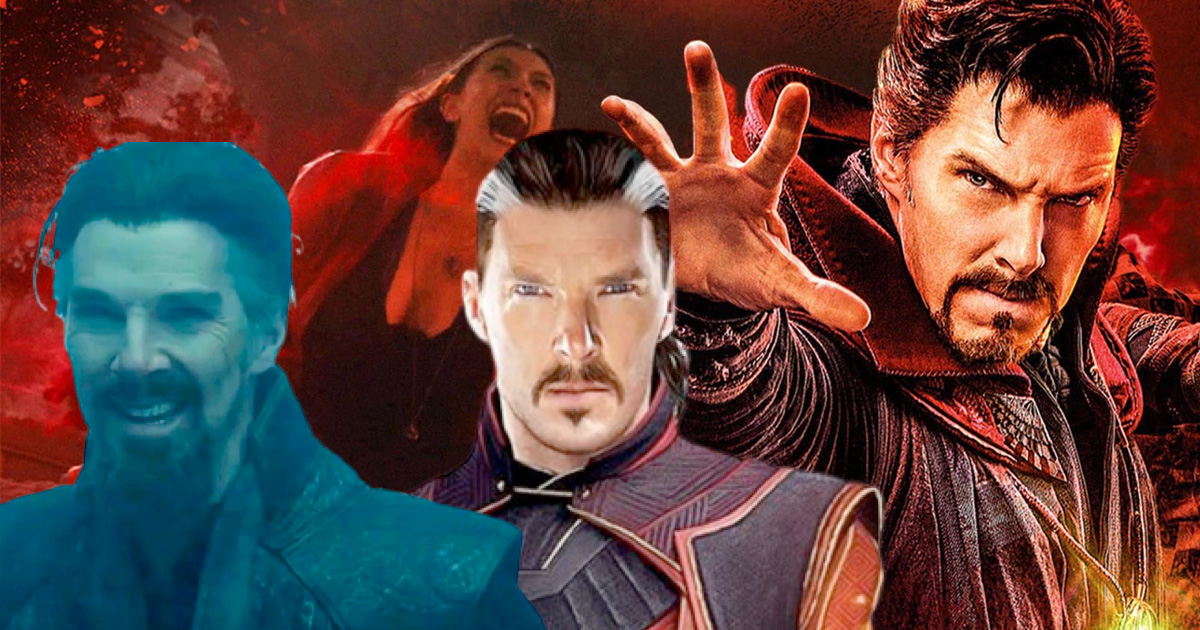 We are only a few months away from the release of Doctor Strange in the Multiverse of Madness and we can count on Marvel already starting to prepare the ground by offering us information about this sequel to the adventures of Stephen Strange. The movie will be an extension of the events of Spider-Man: No Way Home and even if we don’t yet know all the details of the plot, today we can discover a new preview of the appearance of the two main characters.

Indeed, with the next part of Doctor Strange we will be exploring the MCU multiverse. The Multiverse opened in No Way Home, allowing fans to see Tobey Maguire and Andrew Garfield back in their Spider-Man guise surrounding Tom Holland. In Multiverse of Madness, Benedict Cumberbatch will play at least two versions of the wizard, according to the film’s trailer. The main actor will therefore play an evil Strange and the Defender Strange version.

If we could have caught a first glimpse of these versions of Doctor Strange in the trailer, as well as with merchandise from the film, today they are promotional posters that allow us to discover Doctor Strange from the MCU, as well as his versions in Strange Supreme and Defenders Strange. As you can see below, the three variants of the character intertwine to show different realities blended together.

It remains to be seen if the evil variant of Strange in these visuals is the same as in the What If… series? aired on Disney+. However, it should be noted that the version of Defender Strange presented here is very similar to the 1971 comics by Roy Thomas and Ross Andru. This could suggest to us that this version of Strange could ally itself with Doctor Strange from the MCU, if the evil version of Strange will in fact be the antagonist of the film.

Rumors have it that Doctor Strange in the Multiverse of Madness will also reveal variants of other characters like the X-Men, Iron Man (including Tom Cruise as Tony Stark), Spider-Man and Scarlet Witch. The latter could also threaten the multiverse by going in search of her children.