The Courier
HomeWorldnew pictures of the incredible Spider-Man attraction in which you will play...
World 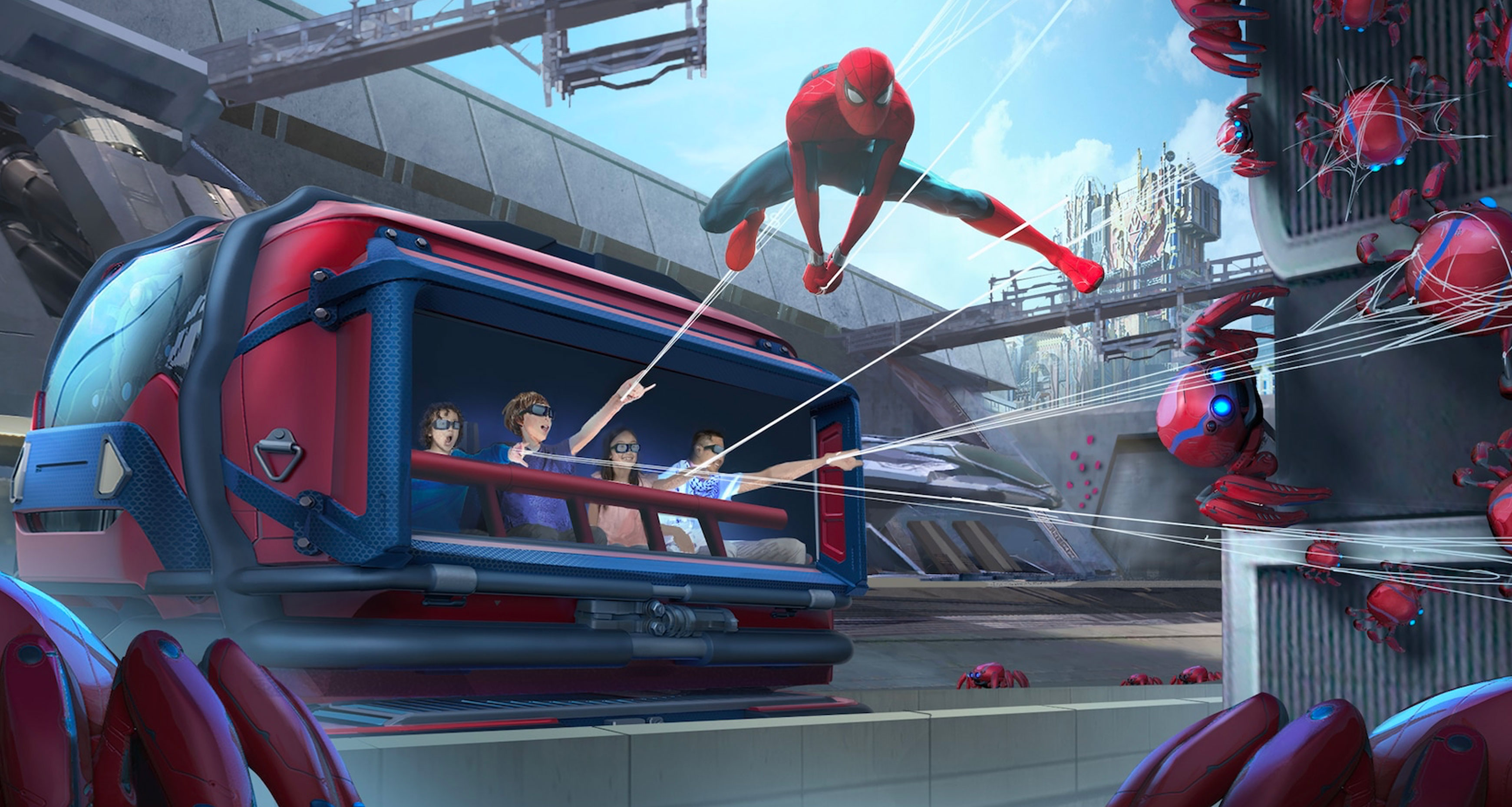 It has been known for some time that Disneyland Paris is preparing a Marvel zone in its Walt Disney Studios park. Well the work is progressing. Disney Parks has posted a video showing the progress of its future projects.

The miracle at Disneyland Paris is getting closer

In February 2018, Disneyland Paris enthusiastically announced the expansion of its Walt Disney Studios park with the arrival of a Marvel Zone, a Star Wars Zone and a Frozen Zone. A pharaonic project that will stretch over 12 hectares and cost the little thing of 2 billion euros.

In November 2018, the Vice President of Walt Disney Imagineering shared more details during an interview for Le Parisien. It heralded a real leap into these 3 new universes. For the Marvel Zone, it will be just like the Avengers HQ in Europe, and the Rock’n’Roller Coaster attraction will become an Iron Man attraction (we hope for the big AC / DC in the headphones). The Frozen area will be home to a lake and a mountain, while the Star Wars area will be home to a galaxy city far away.

The Star Wars Zone and the Frozen Zone will be the last two, work has not started yet. On the other hand, the Marvel Zone is advancing and Disney is offering us pictures of the work today. Disney Parks’ Youtube channel broadcast a video showing the progress of its various projects around the world. We can discover images of the Avengers headquarters under construction, but also the progress of the transformation of the Hotel New York that will become the Hotel New York – The Art of Marvel. In this video we also get a preview of the Guardians of the Galaxy attraction at Walt Disney World and Zootopia at Shanghai Disneyland.

An attraction dedicated to Spider-Man

It had long been known that the Rock ‘N’ Roller Coaster would become an Iron Man attraction, but the second attraction in the Marvel area was still pretty secret. Well, that time is over, on the occasion of IAAPA 2020, Disneyland Paris has confirmed the Web Slingers: a Spider-Man adventure attraction set to open in 2021. At this attraction, you will join the Worldwide Engineering Brigade (WEB). A company founded by Tony Stark to “develop new technology for superheroes, starting with improving Spider-Man’s costume”.

The queue consists of several preshows. You will then have access to an entry platform where you will wait for 3D glasses and 8-seater vehicles. A video of the vehicles in the California fleet was revealed during the IAAPA.

This new attraction will replace the old Armaggedon attraction: the special effects. It is expected in 2021.

The campus and hotel are moving forward

We also had the right to the first pictures of the New York Hotel – The Art of Marvel. This will be a modern art gallery that will display more than 300 Marvel works, some of which were created for Marvel’s 80th anniversary. The rooms are also decorated in the colors of the Marvel heroes.

Images were also revealed for the Cars Route 66 road trip attraction. The Studio Tram Tour attraction has been amputated to do the work in the new areas. Therefore, it benefits from a redesign and is offered with the theme of cars. Visitors can have a new experience by going behind the scenes of the Pixar film. Entry to the attraction is now via Toy Story Playland. The opening of the attraction was planned for August 2020, but has been postponed due to the coronavirus. At the moment we don’t know the new opening date.