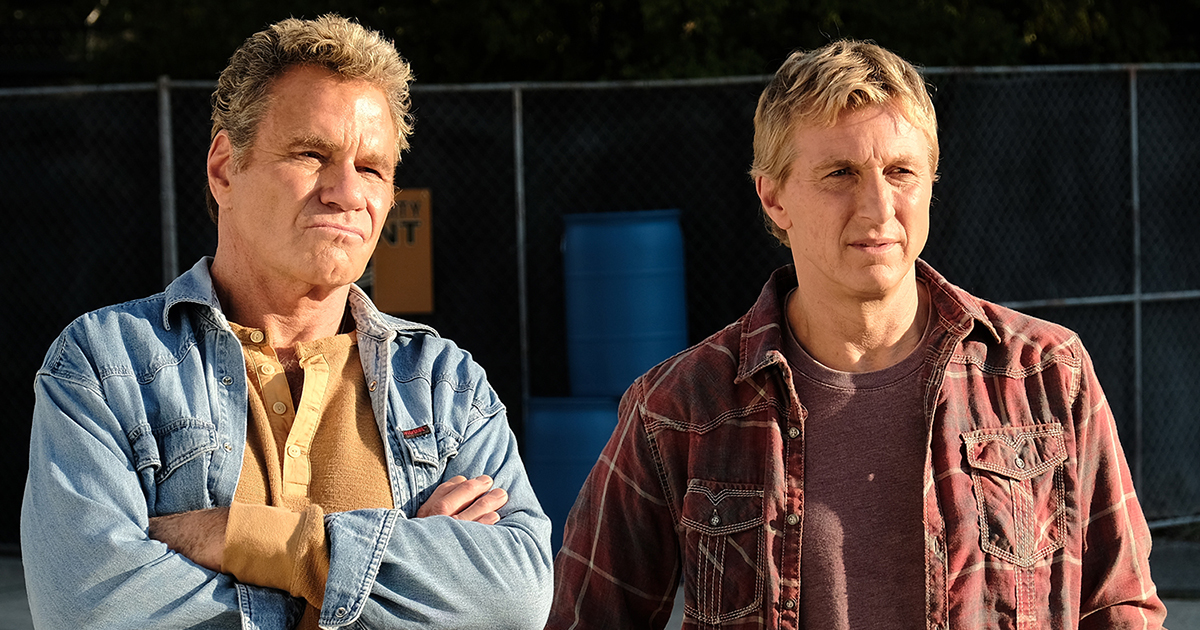 Note to all fans of the Karate Kid and especially to Cobra Kai, we have just received new photos for the third season, which will start on Netflix in a month’s time. We could tell ourselves that they’ll allow us to wait, but in reality … they just make us explore a little more the next season. Regardless, we have at least some details about Cobra Kai Season 3 to present to you.

Warning, this article contains loot from the second season. If you haven’t seen it in full, we recommend that you stop reading here.

Let’s do a little recap of the events we learned from the season 3 trailer previously released by Netflix: The season opens with Miguel in the hospital, Robby on the run and Johnny blaming himself everything that happened to them. Guys. Kreese took over Cobra Kai, so we can expect big changes.

Season 3 could also return Ali Mills (Elisabeth Shue), Johnny’s ex-girlfriend in the original Karate Kid films, who (temporarily) leaves him for Daniel. Remember, Mills sends Johnny a friend request on Facebook at the end of season two. Mills’ return would help find another character inherited from the Karate Kid and could make Johnny’s internal journey easier. always redemption. Ali Mills may be a key figure in season 3!

Regardless of the new secrets of the upcoming season, the existing tensions between Daniel, Johnny and Kreese will only increase. Will Daniel and Johnny eventually team up to defeat Kreese? Will Ali’s return be providential? Will he help Johnny and Daniel reconcile and raise their differences in order to erase the past? We still have many questions to torment us, and January 8, 2021 (when we find this third season on Netflix) still seems a long way off. Thankfully, some official photos of this season three have been revealed to us, allowing us to learn a little more about the upcoming storyline.

Here are the official photos revealed at the end of the day yesterday:

Johnny, Kreese, and Daniel who don’t seem really pleased to be side by side (Daniel looks pretty puny next to them, we recognize him):

Kreese, who will train Cobra Kai’s students without a hint of grace:

Johnny and Miguel recovering in the hospital:

Daniel and Amanda who seem surprised:

Demetri, who according to some theories will gain great importance in season 3:

Demetri is indeed a character who has always stayed true to his principles, and has been so throughout the two seasons of Cobra Kai. Demetri’s moral values ​​are especially beautiful, and the character was always right in his boots. He’s not ashamed of who he is, as we saw in a season two episode, precisely when he talks about his geeky past in front of several other people. When a moral dilemma arises, one is sure that Demetri will make the right choice. That’s not to say that other characters can’t, but this one specifically carries a certain wisdom for his age. So we can count on Demetri to be even more important in season 3.

If these photos lead to theories in your head, please let us know in the comments section! We will be happy to read them.

Marvel has the perfect solution to bring Wolverine into the MCU

pursued by the police, he cuts his penis