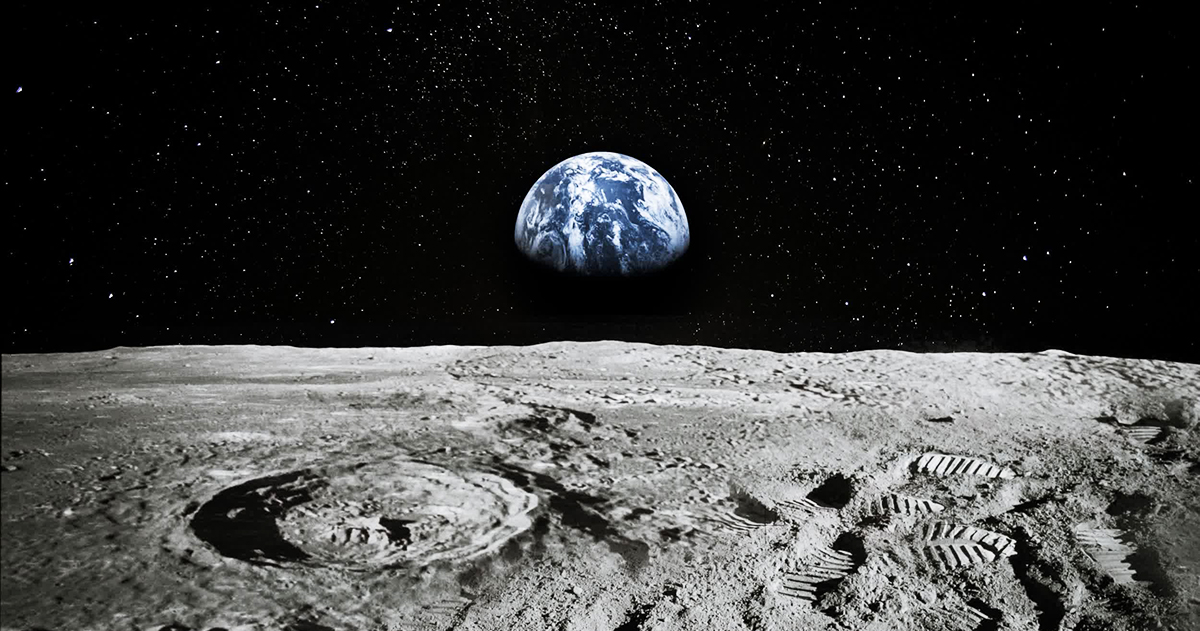 This month of October, NASA is spoiling us. Earlier this month, the agency actually published a very nice cosmic panorama of the northern sky. Yesterday, during the day, this time NASA decided to teach us more about the resources of the moon. The latter, which we have known for a number of years, contains water, but at the time we did not know exactly in what amount and in what form. The recent NASA conference call allowed us to find out more about it. Our natural satellite is definitely quite a surprise and might even allow us to stop off before heading to Mars.

Water on the moon what we already knew

Before the 1960s, the moon was considered a dry star. As early as this decade, several hypotheses were hypothesized to suggest that the water on the moon may not be a deviation, but concrete evidence was needed to support it. In 2008, the magma that was returned to Earth during the Apollo missions revealed a certain amount of water molecules to scientists. Here is the very first long-awaited evidence of the presence of water on the moon! However, we still had no idea of ​​the amount. In 2017, Shuai Li from Brown University in Providence (USA) declared that this time “he found the signature of water everywhere in the depths of the moon”. A discovery possible thanks to satellite data.

On the map on the left we see the regions of the moon that have a high water content.

To learn more about this, the researchers took an interest in pieces of rock that were broken by lava and rose from the depths of the moon to its surface, and it turned out that these in turn contained significant amounts of rock ‘water. The research team responsible for this discovery was then able to confirm that the samples brought back during the Apollo missions were not isolated.

The first study published by NASA

NEWS: We confirmed water on the sunlit surface of the moon for the first time with @SOFIAtelescope. We don’t yet know if we can use it as a resource, but learning about water on the moon is key to our #Artemis exploration plans. Attend the media conference at https://t.co/vOGoSHt74c pic.twitter.com/7p2QopMhod

As you can see in the above tweet from Jim Bridenstine (NASA administrator), NASA has released two new studies related to the amount of water on the moon. The first study was made possible thanks to the largest aerial observatory in the world, SOFIA, on which NASA provides some details:

It’s a modified 747 that flies high into the atmosphere to give its nearly 9-foot telescope a clear view of the universe and the objects in our solar system. SOFIA flies over 99% of the obscuring water vapor in the atmosphere and observes phenomena in infrared wavelengths that are not visible with visible light.

Thanks to SOFIA, scientists were able to determine that there was water on the moon, but in a relatively small amount, as the sand of the Sahara desert would contain an average of 100 times more water to represent it. However, as we shall see below, millions of tons of ice could still be trapped on the moon.

We expected the water abundance to increase as we approach the poles. But what we have observed at SOFIA shows the opposite. Traces of water have even been found in an area near the equator.

SOFIA therefore made it possible to see that water was not only stored at the poles. A second study completes this initial discovery and details the means of trapping water.

The second study published by NASA

A second study was also mentioned by NASA, and the latter highlights the fact that this large amount of water is stored in what are known as “cold micro-traps”. To imagine them, you need to imagine bags with a very small diameter, equal to or less than an inch, and shaped like a pearl. These containers allow water to remain on the surface of the moon and would have formed due to the high heat generated by impacts from micrometeorites. The latter would have created magma droplets that would have cooled quickly and that would have managed to capture H2O molecules.

During NASA’s October 26 television conference, the agency suggested that with the current discoveries, there could be 600 million tons of water ice on our natural satellite. If that were the case, people could survive there and refuel their spacecraft. Our natural satellite could even enable larger operations like interplanetary flights. Will the moon become a gas station in the future, where people can recharge their batteries? We’re not there yet, but SOFIA’s discoveries make us dream of a more comprehensive conquest of space.