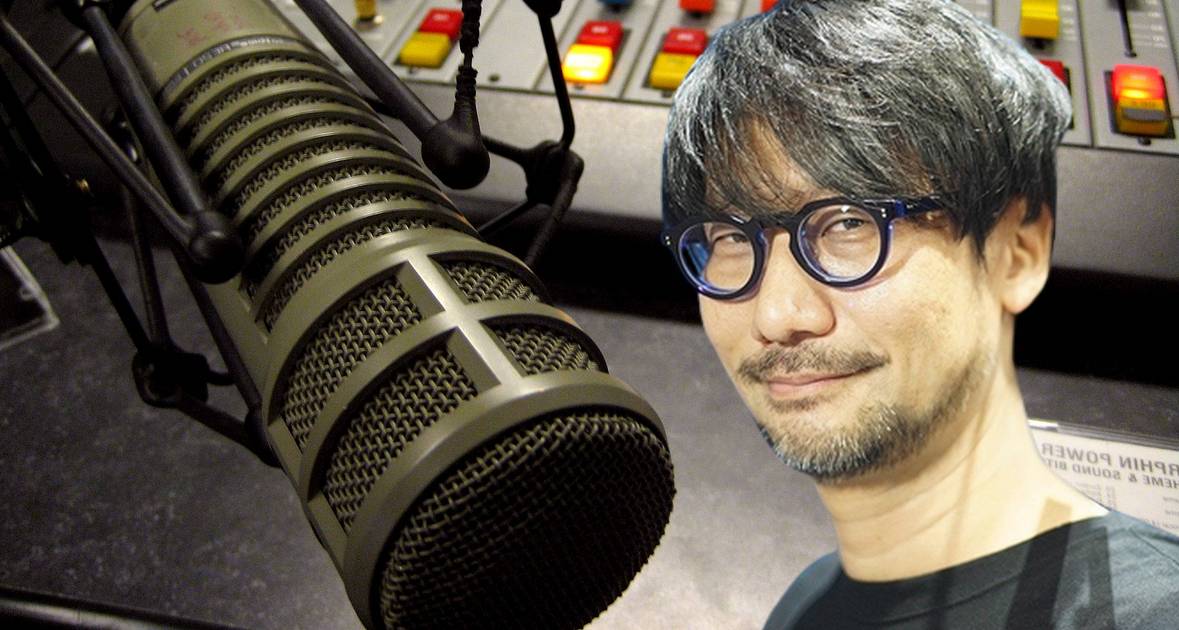 Dubbed by many as the “god” of video games, Hideo Kojima has just launched his own podcast to talk about gaming and a whole host of other topics in the company of people he loves or respects.

Hideo Kojima: From cinema to radio?

Perhaps you only know Hideo Kojima by name. He is the author behind the Metal Gear Solid saga and, up until the PS4 era, he was best known outside of Japan for his feud with his publisher and employer, Konami. Apart from the MGS license, the video game author has developed various games, including the following two: a sequel to the Silent Hill license on PS4 to explore the horror, which unfortunately was the culmination of the conflict between Konami and Kojima that canceled the project 2015 and the very special Death Stranding, which has as many admirers as critics. Apart from that, Hideo Kojima is known for his special positions, especially on Trump and the peace and armament policies of the various countries.

The author is very often considered one of the most important figures in the world of video games and in this sense his word is law for many people. To better follow his latest projects, Kojima recently launched a series of podcasts available on the Audible platform. It goes by the name of Hideo Kojima Ravioverse, currently only has one episode, and unfortunately it’s only available in Japanese and Japan, so access requires a VPN. It is likely that the following are as well. However, we can hope for subtitles in the next editions of the podcast, as is the case with Spotify. So patience!

The content preview explains that the show will invite different people more or less close to the author to talk about different topics related to the game or the cinema. Because Kojima is also an absolute cinema fan. When he’s not tweeting about games, he’s most likely tweeting about movies

Fan of movies as much as games

The first episode of the podcast is already online and features the Japanese YouTube channel 2BRO, a channel that talks about the latest game releases and analyzes what’s interesting about this medium. Kojima himself teased a “radical” new project earlier this year, although no additional information had been confirmed in his way:

This year I will start a new job in earnest and take it to the next level of experimentation with a radical project. I also hope to start a video team. And why not start doing something like a radio project?

His latest game, for now, is Death Stranding with a Director’s Cut release on PC, similar to Snyder’s Cut of Justice League. What to gain from the experience of a work by Hideo Kojima with its audio commentary. Otherwise, the character has recently shared his latest readings… including a French book featuring Anomaly by Hervé Le Tellier, Goncourt Prize 2020. A book of Oulipo inspiration, which the author describes “like a scoubidou”, a world of postmodern science -Fiction close to cyberpunk. A work that must have deeply influenced the Japanese author.

1/2
Finished The Anomaly by Hervé Le Tellier. I was hooked from the start and kept reading. And then, in Chapter 2, it hits me right in the brain! What? I was so surprised by the anomaly that I dropped the book! From then on, I read it with all my might! pic.twitter.com/TYDHXdpOWX

I just finished The Anomaly by Hervé Le Tellier. I was immersed in it from the start, and in Chapter 2 it hit me right in the brain. I was so surprised that I dropped the book on the floor… from then on I read it with all my might!

2/2
Unusual and realistic everyday life! Abnormal and interesting! This writer’s talent is off the charts! This is the best book of the year! I can’t think normally anymore!

An unusual and realistic, abnormal and interesting everyday life! The talent of this author is extraordinary! This is the best book of the year! I can’t think normally anymore!