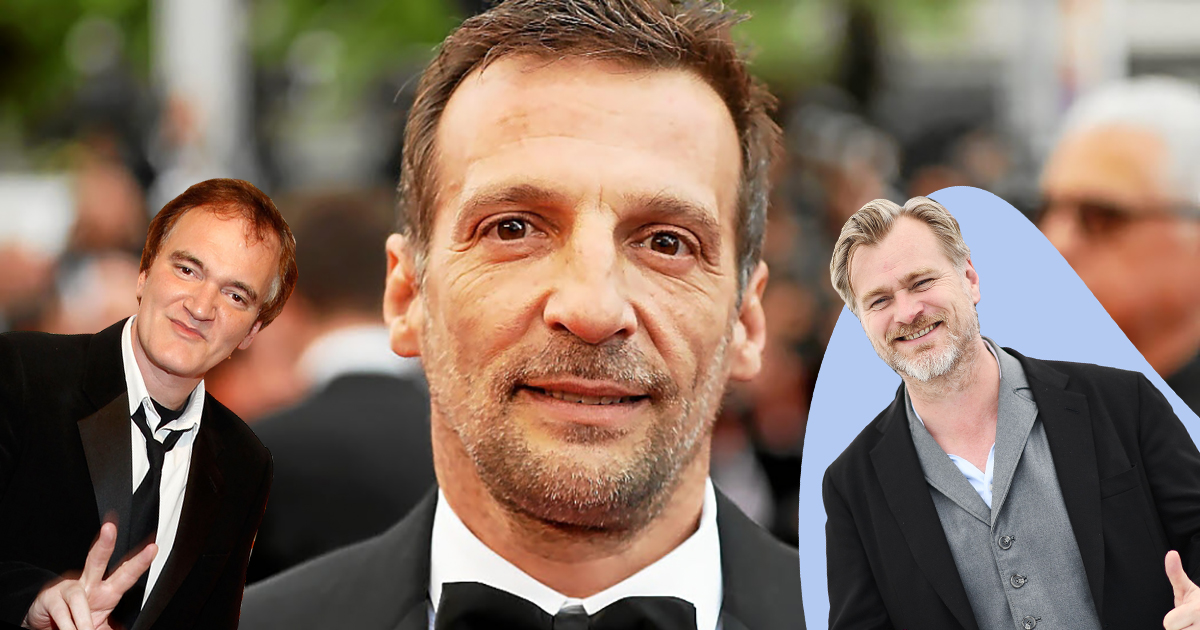 Mattieu Kassovitz recently mentioned Quentin Tarantino, Christopher Nolan and many others in a colorful interview. We invite you to come back to what the actor said and find out why certain films really aren’t his thing.

Our colleagues from Konbini did an interview with Matthieu Kassovitz, and the least we can do is that the actor did not crush his words. It must be said that Mathieu Kassovitz knows a lot about cinema who is a French actor, director, producer and screenwriter at the same time. In 1995 he received the César for the best male hope of seeing men fall. In the same year he also produced La Haine. He is also known for starring in The Bureau of Legends series.

In the interview published a few days ago, the actor talks about several films, including Quentin Tarantino’s Reservoir Dogs. He said about it:

That is the same ! He has already stolen a Japanese film. When I saw this stuff and this gratuitous violence – the ear scene, with the music and all that – I said, “There is a problem …”. And from that film, it became funky to show violence. Before him, violence was political in one way or another. (…) Aestheticizing violence is not a problem, it is the “funny” side of the problem.

Matthieu Kassowitz does not have the director in his heart, as a previous interview with Telerama shows:

Personally, I love the Z series, which avid madmen are passionate about making for $ 5. Tarantino makes Z-series with A-series budgets: I find that disgusting. Since Reservoir Dogs, which he also totally pumped out of a Japanese movie, he’s only raised the meanest things in humans. He and Carax are people I hate.

The cinema of Guy Ritchie, Nolan and others

Quentin Tarantino is not the only director whose films have been commentated on by Matthieu Kassovitz. Guy Ritchie also suffered from the wrath of the actor, who commented on his 2019 film The Gentlemen, saying:

This is crap. I don’t like Guy Ritchie, I don’t find that interesting.

Christopher Nolan was also entitled to a few remarks, particularly on his film Interstellar, to which we devoted an earlier article:

These are films to remember, that mark us, should stick with us … I, they totally miss me … Maybe there are people who really mark them. It’s like Interstellar, you see them, you say to yourself “Wow what’s that?”, You come out, 10 minutes later you forgot. You no longer know what it is about, you no longer understand anything.

For Gemini Man by Ang Lee (2019), the reviews are provided, but we will essentially remember one sentence: “It’s crap.” Make no mistake, however, certain cinematic works are very well received in the eyes of Matthieu Kassovitz, such as Zu by Tsui Hark (1963) or even Enter The Void by Gaspard Noé (2009), some of which are unpublished according to the comments of the Actor.