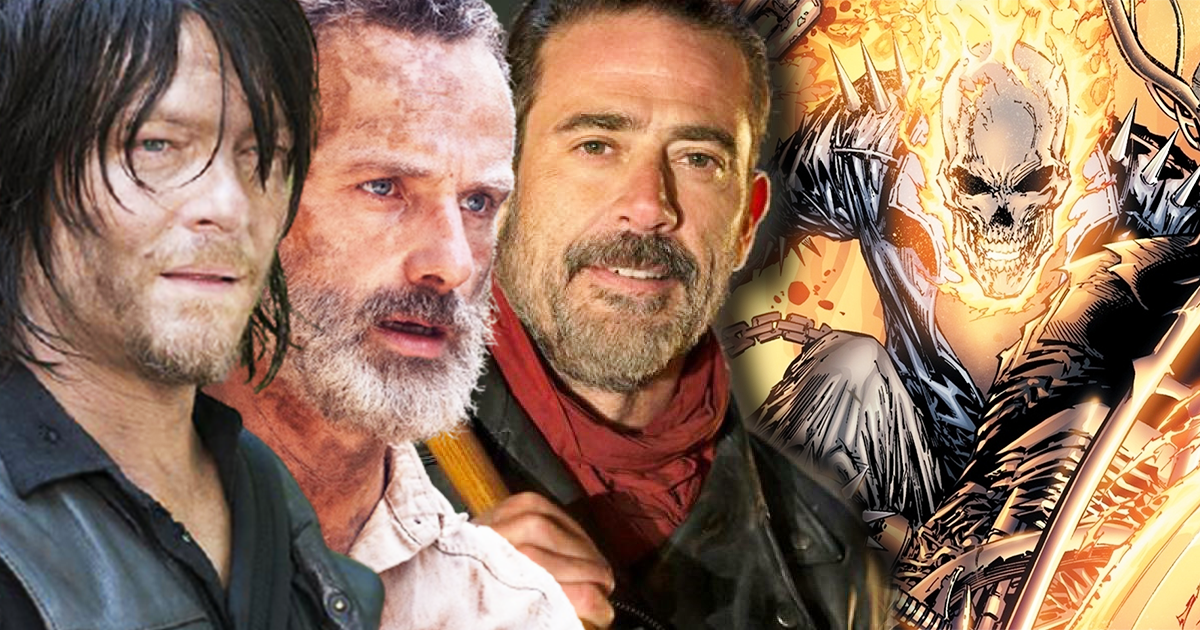 In May 2021, rumors of an appearance by Ghost Rider in the MCU piled up. It has to be said that Elizabeth Olsen herself said the MCU sequel would feature “crazy movies with a horror movie vibe”. Many internet users then wondered if this meant that the character of Ghost Rider would be introduced very soon. And today we even have references to the actor who is likely to play the role of character in the MCU: an actor best known for his role in The Walking Dead.

The character from Ghost Rider

In 2013, Marvel managed to reclaim the rights to the character of Ghost Rider, previously held by Sony. The character was created in 1972 by Roy Thomas and Gary Friedrich and is an antihero whose real name is “Johnny Blaze”. His father was a stunt man, and after he got sick, Johnny decided to make a pact with Mephisto to heal … But not everything went as planned. His adoptive father eventually died after a stunt and Johnny had already sold his soul to the devil. Mephisto then breathed Zarathos (a demon) into the young man’s body.

Johnny therefore shares his body with a demon and turns into a ghost rider at night, who fights against urban violence on a motorcycle with fire wheels and a mystical chain and banishes corrupt souls from the world of the living.

To play the role of the Ghost Rider in the MCU, many personalities have already been named, such as Keanu Reeves or Norman Reedus. As of this writing, neither Norman Reedus nor Disney have confirmed the news, but one fact remains very intriguing. In fact, actor Norman Reedus liked several fan tweets on December 28th, suggesting that he would be a very good ghost rider. However, this is not the most disturbing detail on the subject.

That The Walking Dead star would have been selected

Most recently, the actor posted a link to a photo montage from the Instagram account @marvelmovies. This is a photomontage that shows the actor in the guise of Ghost Rider. The account is very popular on Instagram (with 2.3 million subscribers after all), and it seems very unlikely that the actor would dare such a photo montage if a deal had not been signed with Marvel.

Nothing official has been confirmed for the time being, even if the rumor is circulating on the Internet and all indices point in the same direction. As for you, would you be happy to discover Norman Reedus as a ghost rider in the MCU? We’ll let you answer this question in our comment area! And if you want to watch the trailer for a fan who made a video with Keanu Reeves as the Ghost Rider, you can find it here. It’s not Norman Reedus, but it’s pretty cool to see.

Drop in price for the SteelSeries Arctis 3 7.1 gaming headset

the five most unhealthy characters in the cinema