Marvel presents the most terrifying and darkest form of the Hulk 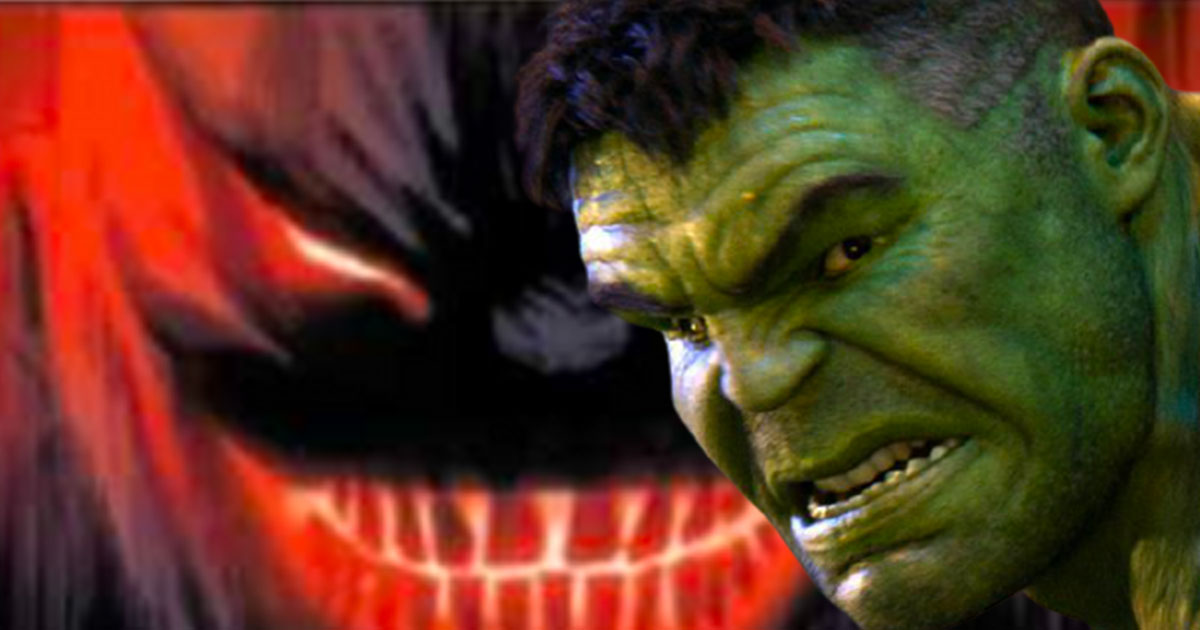 We’re used to seeing Hulk in all his states, and yet Marvel loves to show us different forms of the character, always pulling that little bit more on the frightening or creepy side of things. And today we invite you to discover the latest form of the Hulk, probably the one that has given Bruce Banner the most cold sweats.

WARNING: This article contains spoilers for the Hulk #3 comics. We advise you to stop reading if you don’t want to be spoiled.

A mental struggle that could have led to insanity

In Issue #3 of the Hulk comic book series (created by VC’s Donny Cates, Cliff Rathburn, Frank Martin, and Cory Petit), Banner and the Hulk invent a mysterious, dark, and overwhelming new villain, but chances are it’s… this one a new face for an old enemy. This powerful “anti-Hulk” does indeed appear to bear uncanny resemblances to The Devil Hulk’s (aka Brian Banner) father Bruce Banner, but he could of course be a whole new character.

In Hulk #3, Bruce Banner is indeed shown briefly hallucinating about the extensive damage the Hulk has caused (and we’ve devoted a previous article to this topic, showing, for example, what a horrible carnage Hulk could wreak if he faces Wolverine). Witnessing his despair after his fictional battles (which end badly), a huge, dark creature crushes the much weaker banner in his grasp. This is a dark, demonic form of the Hulk, as you can see:

Banner then wakes up and reveals that painful moment was just a dream, but that wasn’t the end of that nightmare. Hulk’s constantly struggling psyche also encountered this new monster, grimacing and menacing. The Hulk questions the monster’s nature, but it ominously disappears as he attempts to pursue it.

This anti-Hulk called Bruce Banner a “weak boy”, and given his evil looks it seems to be Brian Banner. Brian Banner was Bruce’s evil father who made the whole family suffer. Bruce was indeed the subject of physical and psychological abuse at the hands of his father. Brian Banner had no powers during his lifetime. But since his death he is as powerful in spirit form as his son Bruce Banner thinks: indeed, since Bruce still sees his father that way when he was a kid (with the notion of a father being evil and omnipotent, ie ), Brian can manifest himself to his son in this way and even overpower the Hulk. He simply takes on the most nightmarish form the Hulk can dream of.

Because of this, the most logical explanation would still be that the Hulk #3 comic reintroduces the character of Brian Banner, but it could also be a whole new Bruce persona, reflecting his own darker mentality from the beginning of the series. That means it’s likely to be Knull’s equivalent of the Hulk, whose arrival has been teased in future issues. If it’s his true inner demons and personal little devil, this anti-Hulk might well be pushing Bruce down a very dark path. We certainly can’t wait to see what this brings in the future.

And if you want to know how the Hulk turned out to be one of the most powerful beings on earth, you can check out our previous article about it.