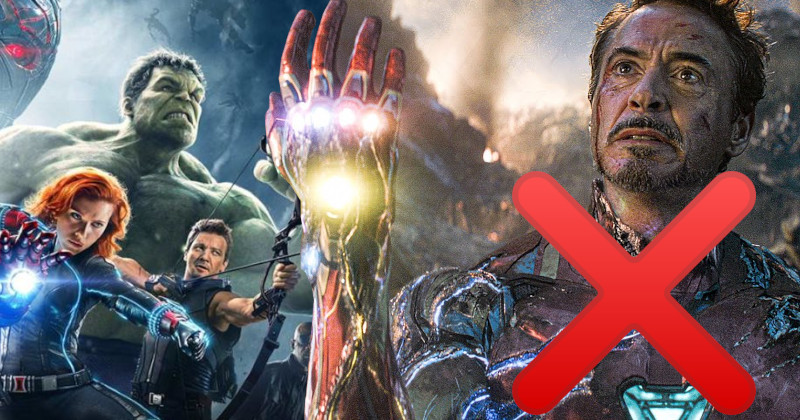 For 14 years, the Marvel Cinematic Universe has been a hit at the box office with the release of most of its films. But Iron Man’s disappearance since Endgame is still being felt, and many fans are wishing for a triumphant return from Tony Stark. But is it even possible or even considered by Marvel Studios? It doesn’t seem.

Iron Man, still the mainstay of the MCU?

With its 27 films and numerous series, it is difficult to question the sovereignty of the MCU in superhero cinema. A reign that began in 2008 with the first MCU film Iron Man. The beautifully armored superhero, played by Robert Downey Jr., has been the saga’s most popular hero ever since, and quite possibly the most iconic superhero in the Marvel stable.

Since the character’s disappearance in Avengers: Endgame in 2019, the MCU has entered its Phase IV, not without multiplying the references, tongue-in-cheek, and other references to Iron Man. And while the franchise’s success is undeniable, it still struggled to garner as much hype as the final installment of Avengers in two years. At least until the Spider-Man: No Way Home phenomenon, which managed to explode at the box office and satisfy a majority of fans without ever appealing too much to their nostalgia for Tony Stark. That would have been a mistake, according to the film’s writers, as they explained in the Q&A podcast.

According to them, it’s clear that Iron Man is now a thing of the past in Marvel’s eyes.

Iron Man: a legacy too heavy for miracles

If there will always be fans who explain to you that Iron Man has in fact never played such an important role and that they prefer Ant-Man (there is something for everyone …), you have to admit that the superhero is his often has overshadowed comrades. A particularly true observation in the Avengers and even more so in the endgame section where his victim made a lot more noise than the rest of the film. An ubiquity and popularity that according to Chris McKenna and Erik Sommers, the screenwriters of No Way Home, has grown too strong.

Honestly, I think Iron Man stuck with Marvel. At least in our experience. They don’t like the idea we keep bringing up [Iron Man]. Of course, he puts others to shame after Avengers: Endgame, and we covered that in Spider-Man: Far From Home.

The writers almost brought back the character of Robert Downey Jr., likely in the form of a hologram, to get him to utter THE iconic phrase that will define Peter Parker’s future as Spider-Man: “With great power comes great responsibility.” Aunt May’s honor finally returned, so Jon Watts’ feature film could once again not rest on Iron Man’s legacy.

Beautiful words full of wisdom that could quickly be overtaken by reality: fan hype and greed. It’s a safe bet that Marvel Studios hasn’t abandoned its most popular superhero, whose return in an MCU film would undoubtedly make it a hit. A possibility all the more conceivable now that the multiverse is at the center of the challenges of Phase IV.