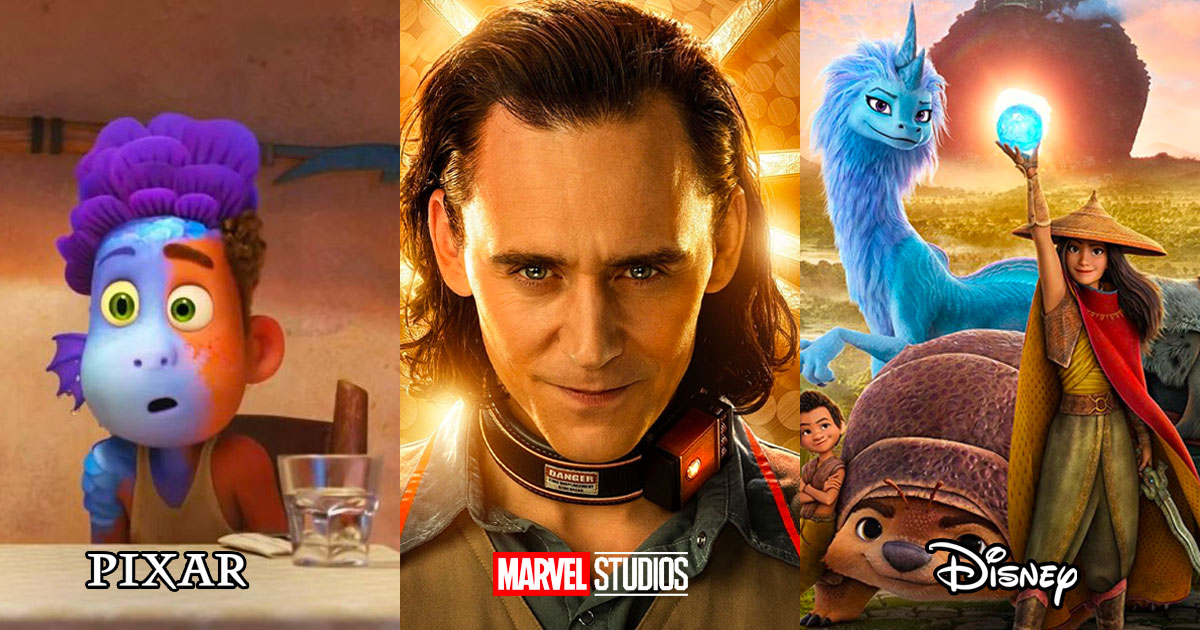 As every month, Disney + detailed its release program for that month. Despite the long-awaited reopening of the cinemas, there doesn’t seem to be any lull when it comes to feeding the streaming content catalog. Hence, the program promises to be very busy on the Disney VOD platform. In June, eagerly anticipated series such as Loki or films such as Raya and the Last Dragon as well as the latest feature film from the Pixar animation studios will be released: Luca.

Without further ado, check out the availability dates for June programs on Disney +:

June 9: Loki. After Loki caused problems in the space-time continuum by teleporting with the Tesseract in Avengers: Endgame, he is intercepted by the TVA (for Time Variance Authority), the authority responsible for the cohesion of past, present and past of the future of the multiverse ensures. In order to break free of the temporal chasm he created, Thor’s brother has no choice but to work with TVA to resolve the turmoil his death caused.

June 4th: Raya and the Last Dragon: Delayed several times in theaters due to the pandemic, Disney Animation Studios’ newest baby is released direct to Disney + at no additional cost for subscribers The story takes place in the imaginary kingdom of Kumandra, theoretically located in Southeast Asia, in a universe where humans and dragons were once allies. This alliance ends when an evil force descends upon the world and forces the winged creatures to sacrifice themselves to save humanity. Their sacrifice has enabled people to live in peace for centuries. However, the harmony is gradually crumbling and many centuries later this vanished threat suddenly reappears. This dark force forces Raya, a lonely young warrior, to embark on a long journey to find the last legendary dragon. His goal (and not least): to save the world and restore harmony among his people.

June 4: Aretha, The Genius anthology series presents the most influential and brilliant personalities of the 20th century through reenactments. After a season with Albert Einstein and a second with Pablo Picasso (both of which will be available on Disney + in June), it’s Aretha Franklin’s turn to hit the headlines. The soul queen’s talent, influence and civic engagement will be portrayed with two new episodes per week throughout the season.

The adventures of Adèle Blanc Sec

June 18: Luca. This new Pixar animated film features two children named Luca and Alberto. While the two best friends enjoy their summer vacation in a coastal town on the Italian Riviera, they will experience colorful summer adventures and try to hide the fairy tale secret that binds them both together.

June 24th: Legion. The series will tell the fate of David Haller, the son of Professor Xavier. The thirty-year-old, who was diagnosed with schizophrenia since childhood, went through psychiatric internships. However, one day he has a crucial encounter that leads him to believe that the voices he hears and the visions he perceives are not as false as they seem.

For subscribers to the Star Service, this is also an opportunity to rediscover other old works of French and Hollywood cinema. For those looking to stay on Disney +, you can still immerse yourself in the May titles until June 4th.

After portraying an avenger, this actor will play a villain in the MCU

Modern Warfare 2 fans will be in heaven with this announcement