The Courier
HomeTechnologyJames Gunn responds to Steven Soderbergh's criticism of the lack of sex...
Technology 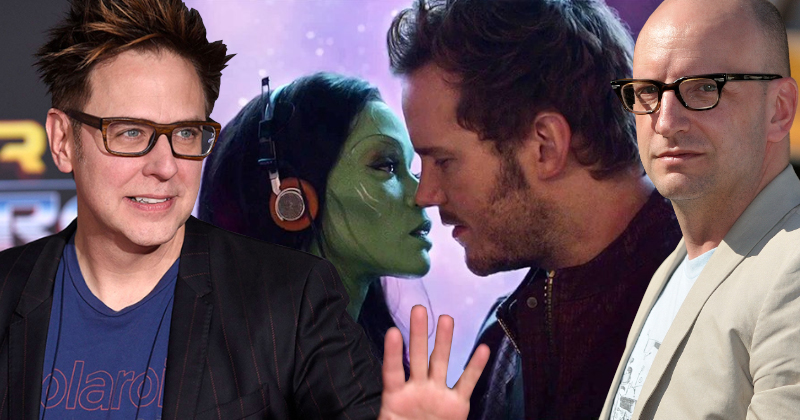 Are superheroes so busy saving the world that they forget even the most basic of pleasures? Two days ago, we told you about Steven Soderbergh’s criticism of superhero films, which he felt left too much of aside sex. Meanwhile James Gunn answered him. He could have simply berated his fellow director, but his response is more nuanced.

While Marvel’s superhero films are keeping up with the competition in terms of popularity, DC is gradually returning to the race. Recently, the mini-series revolving around the character of the Peacemaker has had considerable success. Its director James Gunn has meanwhile developed into an expert in superhero cinema. Notably working behind last year’s The Suicide Squad, which starred the character played by John Cena, he is also the origin of the Guardians of the Galaxy trilogy alongside Marvel.

In short, the guy has experience in the field and knows what he’s talking about. That’s why it draws attention when he takes the floor on Twitter to reply to Steven Soderbergh. A few days ago, the director of the Ocean’s saga criticized superhero films, whose place in the cinema world is now regularly questioned.

Following Steven Soderbergh’s statement that “no one fucks” in superhero films, James Gunn stepped forward to – politely – restate and claim that he was fundamentally wrong.

With all due respect Steven Soderbergh, some people fuck. pic.twitter.com/vPFQkXqLJJ

With all due respect Steven Soderbergh, some people fuck.

A little sober reminder accompanied by images of the characters he thinks of: we’ve already seen Harley Quinn, Peacemaker or even Yondu (Guardians of the Galaxy) in hinted or more explicit ways having intimate relationships with other characters. He also cites directors who integrated sex scenes into their films.

Me & Zack Snyder & Richard Donner & Chloe Zhao & Tim Miller out of my head. But to Soderbergh’s credit, sex doesn’t seem to exist in many comic book films, so it’s not like his statement is unfounded. https://t.co/PDMsQvOZXx

Me & Zack Snyder & Richard Donner & Chloe Zhao & Tim Miller, for [les exemples] that I have in mind. But, in Soderbergh’s defense, sex doesn’t seem to exist in many comic book movies, so it’s not like his statement is unfounded.

After calming the zeal of some dramaturgical netizens by emphasizing that Soderbergh’s opinion was partially valid, he went so far as to acknowledge that he agreed with the substance of his thoughts.

It is not necessary in any single story. But having an entire antiseptic, genderless cinematic universe is a denial of who we are as human beings (and how each and every one of us got here). https://t.co/NeuUGBCLPLV

[Le sexe] is not needed in every story. But having an entire cinematic universe without having sex is to deny who we are as human beings (and how each of us got here).

A superhero film director who approves of the words of someone who criticizes them is rare enough to be underlined. But does that mean sex should have a much more prominent place in DC and Marvel productions going forward? Everyone has to form their own opinion.