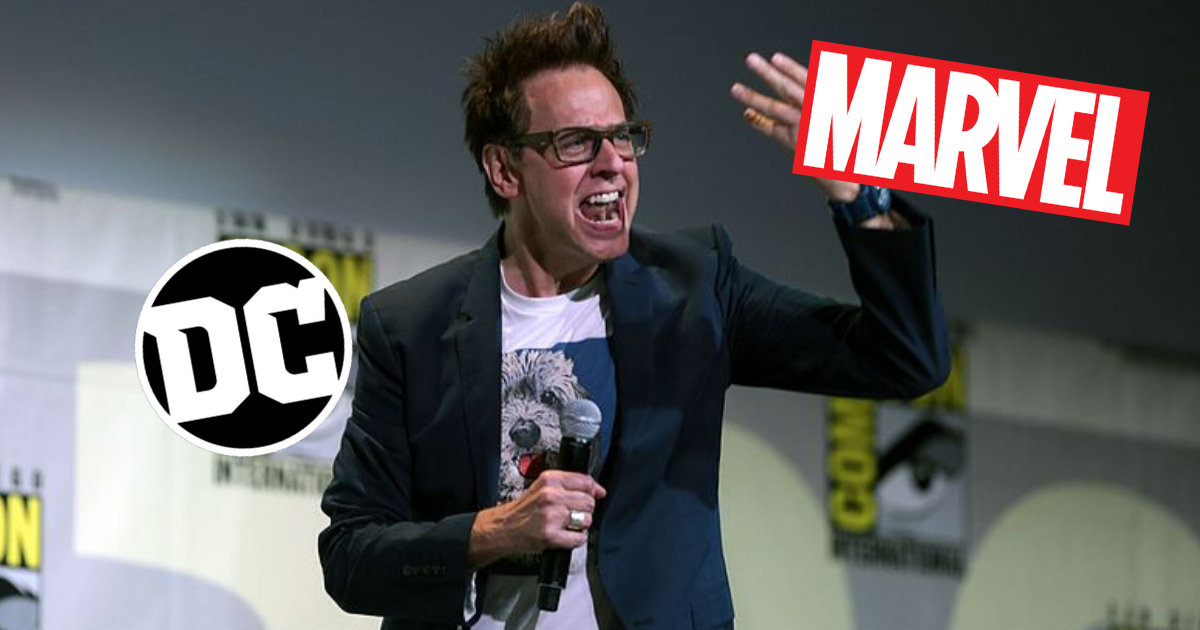 While James Gunn recently expressed his devouring desire to start a project of a crossover that would bring the heroes of Marvel and DC together, the director of the Guardians of the Galaxy has stepped up again. So he explains which character duo he really wants to see on the screen in an association that is as absurd as it is funny.

The idea of ​​a crossover film that brings together cartoon characters from different backgrounds has always been the envy of die-hard fans. The dream of many DCEU and MCU enthusiasts would be to merge Marvel characters with DC characters. It has been done in a few comics, but never in the cinema.

Unfortunately, due to copyright, merchandising and logistics reasons, it is often very complicated to bring together characters from several publishers in a single film. Bringing the X-Men and Avengers together is already complicated, so imagine the puzzle for a reunion of characters teaming up with those of the competing publisher. Despite everything, many fans continue to hope, as well as those who work on these films.

James Gunn is on his way to a very specific crossover

With that in mind, James Gunn, director of Guardians of the Galaxy and The Suicide Squad, recently publicly shared a project close to his heart. The director, who has had some setbacks with Disney, stands out for having walked both sides of the fence, sometimes working for Marvel, sometimes for DC.

The film The Suicide Squad enables us to find Harley Quinn in the form of Margot Robbie, accompanied by a new suicide squad led by James Gunn. Eventually, after getting fired from the studio with big ears for his controversial comments on Twitter, the latter was still hired back to Guardians of the Galaxy Vol. 3.

On this occasion, the director used his privileged status to speak to DC and Marvel executives to convince them to give this idea a shot.

A hilarious and improbable duo

The director told the ReelBlend podcast that he had a very specific idea of ​​a possible reunion. He doesn’t necessarily want a meeting between the most mythical or emblematic characters from the cinematographic universes of any license, as one might expect from a meeting between Batman and Iron Man, for example.

The director would have loved to bring together two characters who have nothing of the classic heroic scheme, but who are adored by fans and diametrically opposed: Harley Quinn and Groot.

The duo may seem a bit of a surprise, but at least they have the merit of offering an extremely fun alliance, like the universe of James Gunn who directed these colorful characters. Gunn’s dream squad wouldn’t stop there as he also wants Rocket to join the team along with King Shark and Weasel.

While the chances of such a movie appearing in the future are very slim, it seems that the executives in every franchise have been pretty open to the suggestion. However, this is not necessarily a sign of studios commitment. For his part, Kevin Feige had suppressed all rumors of an intra-Disney crossover between the MCU and Star Wars, claiming there was no valid reason for it. However, nothing says whether he thinks the same with third-party productions.