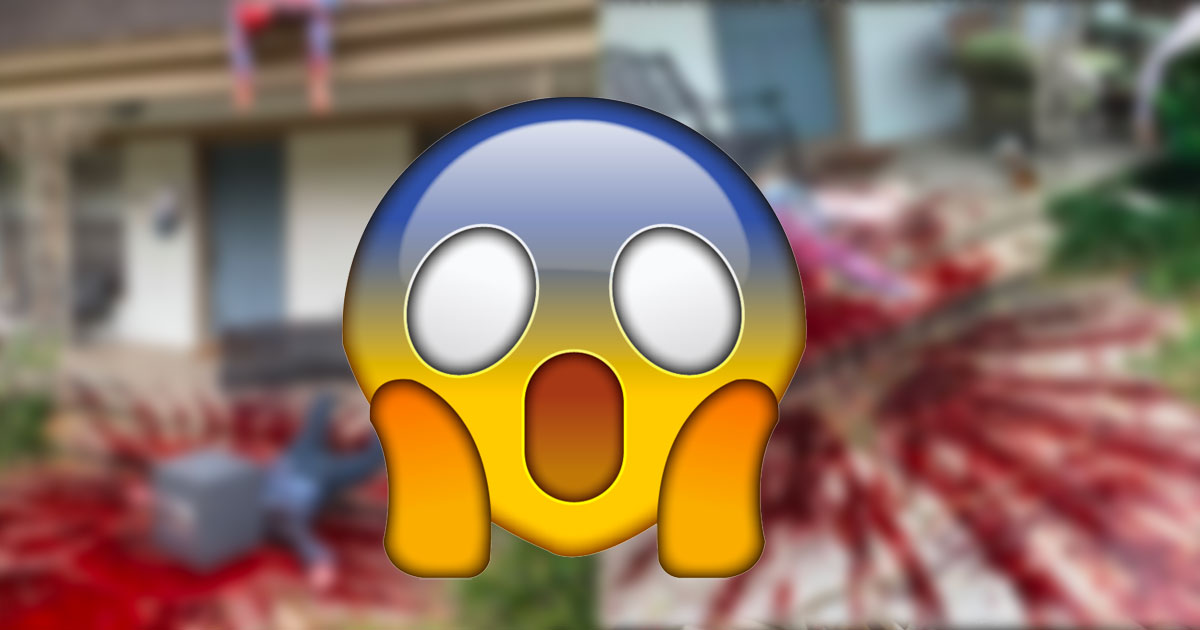 It’s just fake blood and yet it caused the police to move. On the occasion of Halloween, the artist Steven Novak decided to decorate his house as if it were taken from a real horror movie. The thrill is guaranteed.

A house worthy of the greatest horror films

In the US, Halloween is a long-awaited holiday for young and old. It is a tradition for many families to decorate the house and garden with the colors of different monsters and with many pumpkins. As we’ve seen it many times, some decorations can be very realistic, but you shouldn’t push the realism too much either. The artist Steven Novak could see that. This one, who is used to working in his garden, was often asked by his neighbors to decorate his house for Halloween. This year he decided to get started and he went to great lengths. This big fan of horror films didn’t hesitate to drop bloody false limbs and over 75 gallons of fake blood on the front of his house.

“When I tackled Halloween it had to be super realistic. No smoke machine, no lights … I wanted to create something that would really freak out anyone who walks by the house at night. So I found a couple of mannequins and 75 liters of blood spilled on it! “

A real carnage that made the police go for a walk several times, even when the owner was not there.

“The neighbors warned me that police cars had parked in front of my house several times. I only went there twice to meet the police. The other time I wasn’t home.” Said they thought my decor was very cool, but they were there at the request of their obviously less fanatical sergeant. When I opened the door for the first time, they asked me, “Is it yours?” I replied, “Blood and body? Yes “. I wish I had put more. Maybe next year.”

We let you discover this very realistic bloodbath that terrorized Steven Novak’s neighbors.