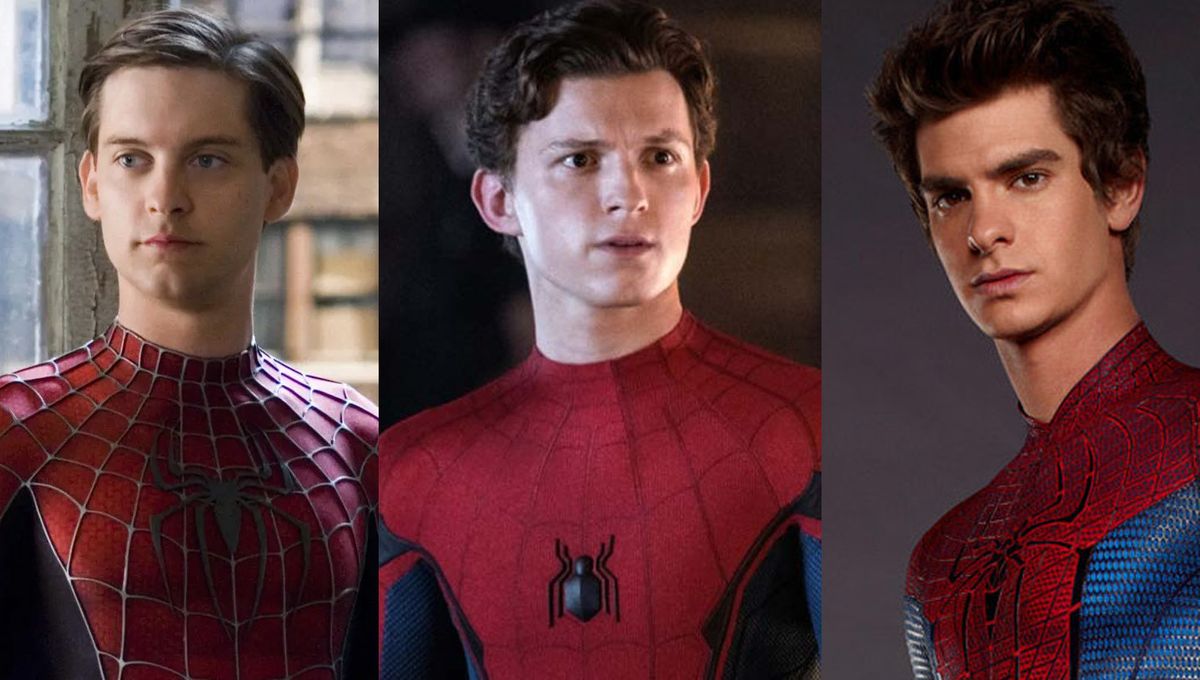 You probably noticed, but for the past few weeks the Spider-Man 3 movie has received extensive press reviews. And for good reason: the film is the subject of a series of more or less official announcements about the third installment in the adventures of Spider-Man, played by Tom Holland. We take stock.

Note: To distinguish the rumor from the official announcement, we provide a credibility quotient for each ad, with 0 being the lowest and 10 being the highest.

Elektro ends up in the MCU

On October 1, 2020, the Hollywood Reporter reported on the news that the super villain Electro is being introduced in Spider-Man 3. What might appear to be fairly innocuous information quickly became important news. In fact, it is Jamie Foxx (Django Unchained) who will interpret the character after donning the costume of Electro in the movie The Amazing Spider-Man 2 along with actor Andrew Garfield.

The news caused a stir. When Jamie Foxx plays the role of Electro again, but this time in the Marvel Cinematic Universe, it means Spider-Man fans are seeing one of their greatest dreams come true: the existence of a Spiderverse, possibly with the various incarnations of Spider-Man (Tobey Maguire, Andrew Garfield and Tom Holland), within the Marvel Cinematic Universe.

On October 4, 2020, Jamie Foxx shared more details about his appearance in the Marvel Cinematic Universe, stating that his electro would not be blue this time. Here, too, the information is anything but trivial. This means that the different incarnations of the characters in the different dimensions of the Spiderverse are different. Information that seems to confirm the post-generic scene of Spider-Man: Far From Home, in which the character of J. Jonah Jameson appeared, played by JK Simmons, who had already played the role in the Sam Raimi trilogy. But in a slightly modified version.

The three incarnations of Spider-Man are reunited in one film

On October 5th, 2020, we announced to you that Tobey Maguire, Andrew Garfield and Tom Holland, in other words the three actors who played Spider-Man on the big screen, could work well together. That rumor, which was never formalized, dates back more than a year but has resurfaced after the announcement of the arrival of Jamie Foxx. Is the rumor credible? Yes and no. And then a few explanatory words.

Videographer Grace Randolph recently claimed in a video that MCU master Kevin Feige wanted to bring the three actors who played Spider-Man together on screen. A completely pleasant prospect that, given the success of the various films, could guarantee a great success for the film and the audience seems very sensitive to nostalgia. However, things are not that straightforward to implement for several reasons.

First of all, let’s recall that Spider-Man is a special case in the MCU for the simple reason that it doesn’t belong to Disney but Sony. Disney has permission to use the Spider-Man version of Tom Holland in the Marvel Cinematic Universe, while Sony can use all three versions of Spider-Man on its own. The group has also announced that it will be creating its Spiderverse under the SPUMC (Sony Pictures Universe of Marvel Characters) banner, which will also feature the characters from Venom and Morbius.

While the films Spider-Man: Homecoming, Spider-Man: Far From Home, and Spider-Man 3 are part of Disney’s Marvel Cinematic Universe, they are owned by Sony, not Marvel Studios, directed by Kevin Feige. However, if the incarnations of the previous incarnations of Spider-Man (Tobey Maguire and Andrew Garfield) in the Sony MCU benefited economically (the film would be a box office hit), at the picture level, it would be the Disney MCU, which in the end would grow up. In other words, strategically, Sony has every interest in lending its characters to Disney sparingly if they don’t want to weaken their SPUMC project, which could otherwise be completely beyond their control.

After all, Kevin Feige can always hope for the arrival of Spider-Man in previous incarnations in the MCU (as we’ve seen, this would greatly benefit the image of his expanded universe). But the ball is in Sony’s court. In other words, if there was a reunion of all three cinematic incarnations of Spider-Man, it would be a safe bet that it would be in the SPUMC rather than the MCU. But on the other hand, there is a catch: if we can easily explain the dimensional changes in the MCU thanks to the WandaVision series and the Loki series (we told you recently in an article about how Thor’s brother could cause major problems on a spatio-temporal level , traveling between dimensions) and in the film Doctor Strange in the Multiverse of Darkness) the SPUMC is not sufficiently equipped to disrupt spacetime within its own cinematographic universe.

On October 8, 2020, we learned on The Hollywood Reporter that Doctor Strange will be joining Peter Parker in Spider-Man 3 and serving as his new mentor. A pretty logical arrival for several reasons. First and foremost, the master of the mystical arts will be an ally of choice for Spider-Man after the space-time upheaval led to Electro’s arrival at the MCU.

Then Peter Parker, still mourning the death of his former mentor in Spider-Man: Far From Home after the victim of Iron Man in Avengers: Endgame, will likely be looking for a new mentor, and Doctor Strange is the candidate. Ideal: He has a lot in common with the late Tony Stark and played a role in his death. Peter could therefore seek answers from him.

We would also like to use this message to remind that the story of Peter Parker in the MCU is above all a path of initiation. Peter is always looking for new mentors. He’d found one in Iron Man in Captain America: Civil War, and their mentor-student relationship was at the heart of Spider-Man: Homecoming; After Tony’s death, he was desperately looking for another mentor, Nick Fury and then Mystério in Spider-Man: Far From Home, a quest that led him to make bad decisions. in the movie. Spider-Man 3 should see him move forward in his search for a mentor. And we can assume that the end of this quest would leave little room for the arrival of Tobey Maguire and Andrew Garfield in Spider-Man 3 …

The arrival of Venom

The last rumor (for now) of October 10th: the arrival of Venom, still played by Tom Hardy in Spider-Man 3 and the Marvel Cinematic Universe. The rumor was shared with us on the Marvel Story Twitter page:

Tom Hardy could appear as Eddie Brock in ‘Spider-Man 3’, according to @DanielRPK. According to him, there would be an “interest” (from the studios) in including it in the film. pic.twitter.com/Tg0vxd6TBR

We haven’t been able to get back to the source, but we can “question the studios (Disney and Sony) interest in inclusion in the film”.

Of course, like Tobey Maguire and Andrew Garfield, Disney would benefit from getting their hands on Venom. The goal of Marvel Studios is to have all Marvel characters under the elbow. Especially since, despite the much-criticized quality of the film, Venom has achieved some box office success and earned more than $ 850,000,000. However, according to a rumor brought to your attention in September 2019, Sony has proposed adding Spider-Man and Venom to the Marvel Cinematic Universe.

So the question is how much Venom could be in the MCU. Well the answer to that question is pretty crucial. We recall that Sony originally set out to produce Venom films with R-rated films before going backwards to bring Venom and the Spider-Man version of Tom Holland together. In other words, in the film Venom, Sony could set the stage for the antihero to be included in the Disney MCU. But the group can also be more strategic and include Venom in the post-credits scene of Spider-Man 3, which allows Tom Holland’s character to join the SPUMC to fight the famous symbiote. Sony could therefore use the MCU as an effective showcase for its own expanded universe.