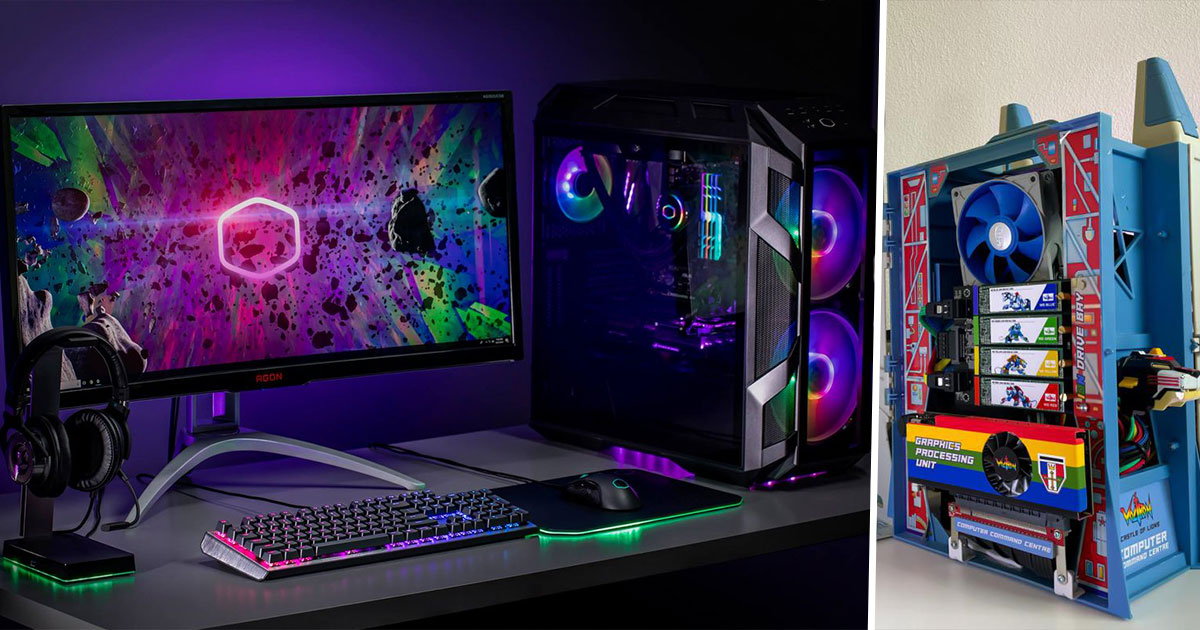 The 80s were the birthplace of some of you. The opportunity to grow alongside major works like The Goonies, Karate Kid or even Gremlins and La Boum. But the 80s were also cartoons that quickly became classics. Among them: Voltron. An American television series that inspired this particular setup that oozes nostalgia.

Voltron was born in the USA in 1984 and came to France a few years later with the Chaud les glaçons program! of Antenna 2. An emblematic series that Robdp82 grew up with. And when he finally found a Voltron lock in his mother’s attic. This PC operator, who is a fan of setup designs, wanted to give it a second life by turning it into a real gaming PC. As Kotaku points out, Robdp82, now known on Twitter as the “Voltron PC Guy”, could have sold this find for a few hundred dollars on eBay.

But out of nostalgia and above all out of curiosity, he decided to invest three years of his life in this and a small investment. Before completing his project, this 80s kid had time to move twice, have a child, and face a pandemic. This PCist has released its configuration on the PCPartPicker page. So we find:

To ignite the beast, Voltron PC Guy must now lift a lion’s head that was originally found at the original castle. A particularly aesthetic feature that gives the animal character. A creation that does not remain very powerful, but which allows him to indulge in his retrogaming delights thanks to a configuration made by himself, sublimated by a Voltron lock with the most beautiful effect.