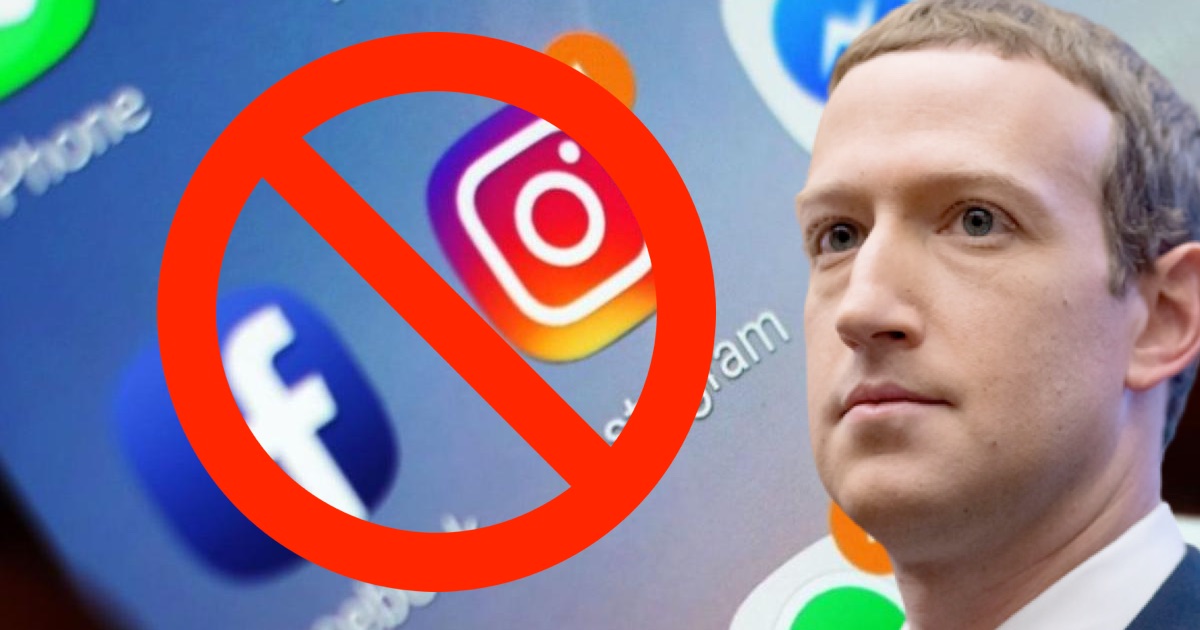 Can you imagine that one day in the near future, Europeans will no longer have access to Facebook and Instagram? These social networks, belonging to Mark Zuckerberg’s meta-group, have been a part of our lives for many years, but that may not be the case any time soon. Anyway, that’s what the boss of the group just hinted at when he doesn’t get what he wants.

And as always, for Zuckerberg, the nerves of war are our personal data. Currently, Facebook is experiencing one of the biggest crises in its history, including the loss of nearly 4 million users, and has to deal with an issue of targeted advertising via iOS. This situation scares off investors. It must be said that the economic model is based on sharing user data in order to more easily target advertisements. So the boss of Meta wants to get this data at any cost and without difficulty. Except that the European Union doesn’t hear it that way.

In fact, since July 2020, the Court of Justice of the European Union has terminated the Privacy Shield to strictly regulate data transfers between the EU and the United States. Therefore, companies that collect and store personal data, as is the case with the Zuckerberg Group, are obliged to ensure protection that is at least equivalent to that within the European Economic Area. And as for the level of data protection in the United States, it’s not enough.

For his part, Mark Zuckerberg believes that what Europe is imposing in this area is unfavorable to his group. As a result, in a report by the Californian group submitted to the Securities and Exchange Commission, the meta group says that with the regulatory framework adopted by Europe, it risks being unable to offer “its most important products and services” to European users.

A threat that is difficult to enforce

What does this threat from Mark Zuckerberg mean? Does he want to warn the European Union that Facebook and Instagram will close down in Europe if he doesn’t get easier access to data from users on the old continent?

It seems unlikely, but that’s what he’s implying. It could also be a way of applying pressure to reassure investors. It would be surprising if Zuckerberg made good on his threats, especially considering he recently lost $30 billion in losing users. Since then, the meta boss has dropped out of the top 10 fortunes in the world and is far, far away from Elon Musk’s $234 billion.

Share
Facebook
Twitter
Pinterest
WhatsApp
Previous articleThere is already a way to help victims of the Tinder Imposter who are still in debt
Next articleMessages, piropos and pinanços: the unforgettable night of poetry in “Hell’s Kitchen”