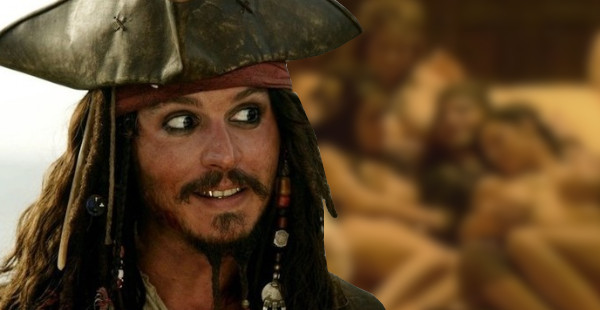 A little background: In 2003, Gore Verbinski adapted the famous Disneyland attraction “Pirates of the Caribbean” for the big screen with “The Curse of the Black Pearl”. The film quickly becomes a huge success, thanks in particular to a Johnny Depp who is in great shape to interpret one of the most significant roles of his career. A sequel is therefore quickly launched, under the name Secret of the Cursed Chest. At the same time, Pirates, an X-movie parodying the first part, was released. Don’t worry, the “octopus head” Davy Jones didn’t inspire the sex scenes in this film in any way.

If the story is funny, it could have ended there: a delirium of fans who enjoyed making a dirty parody of a saga they cherish. But no. Released in 2005, Pirates has the luxury of becoming the most expensive adult production in adult cinema while acquiring a screenplay (a chase between two pirate captains), music, costumes or even various filming locations that are relatively well-crafted for the genre.

Be that as it may, Pirates and its sequel are forever enshrined in adult film history, and on top of that, they’ve garnered more than fifteen awards!