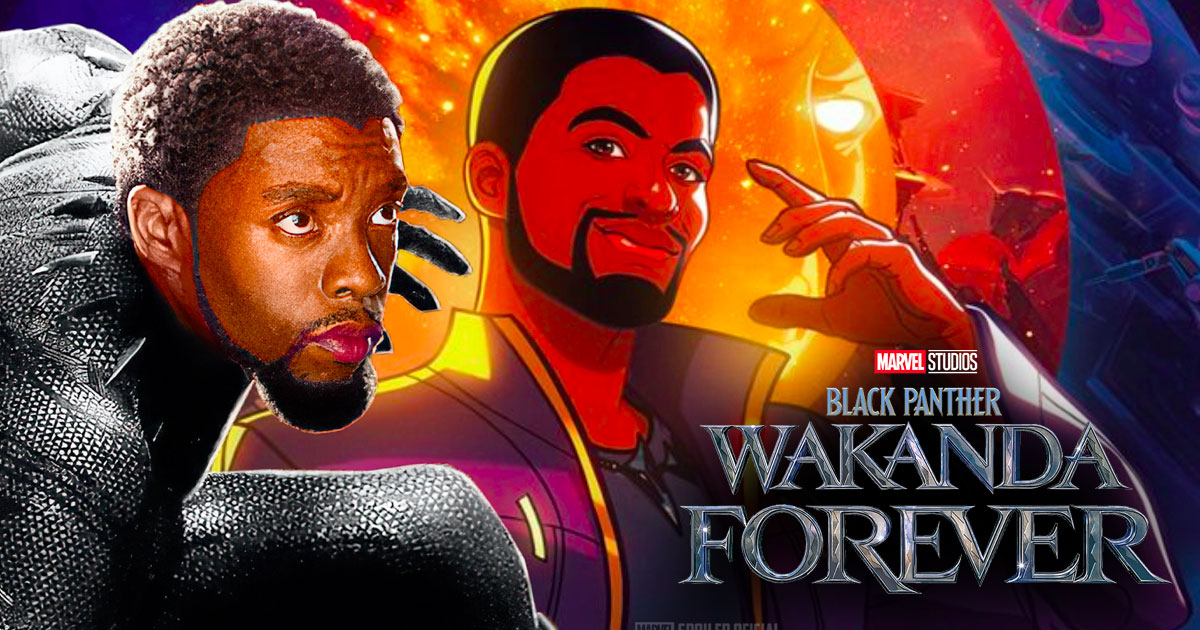 This Wednesday, August 18th, a new episode of the What If …? was offered on Disney +. In it, it is the late Chadwick Boseman who gives his character of T’Challa his voice. Before dying of colon cancer at the age of 43, the man who played Black Panther in the MCU had dubbed several episodes of the animated series, including this second episode titled What If T’Challa Was Star-Lord? When, unfortunately, the rest of the Black Panther adventures without Boseman on screen with his performance in What If …? takes place, the actor may have influenced events in Wakanda Forever.

As Marvel boss Kevin Feige says, by the time Chadwick Boseman recorded the voice for his character, nobody knew it would be his last appearance as T’Challa.

The actor was very excited to bring this version of the character to life based on what Feige said to Variety at the premiere of Shang-Chi and the Legend of the Ten Rings:

He came many times, he was so excited, so excited about the project. He read the episode and then came back and said, ‘I really like this version of T’Challa’

This was followed by a discussion with Ryan Coogler, the director of Black Panther, to find out how it was possible to enhance the actor’s performance in this second episode of What If …? can affect Black Panther: Wakanda Forever. And Kevin Feige is “impatient that the fans see that too”.

Chadwick Boseman fans will have the chance to see him in four of the nine episodes of What If …? listen. Black Panther: Wakanda Forever is currently in production and is scheduled to hit theaters in July 2022. Danai Gurira, Lupita Nyong’o and Martin Freeman will repeat their roles as Okoye, Nakia and Everett K. Ross, respectively. You will be alongside Chris Judge (God of War) and Michaela Coel, who will join the cast of the film.