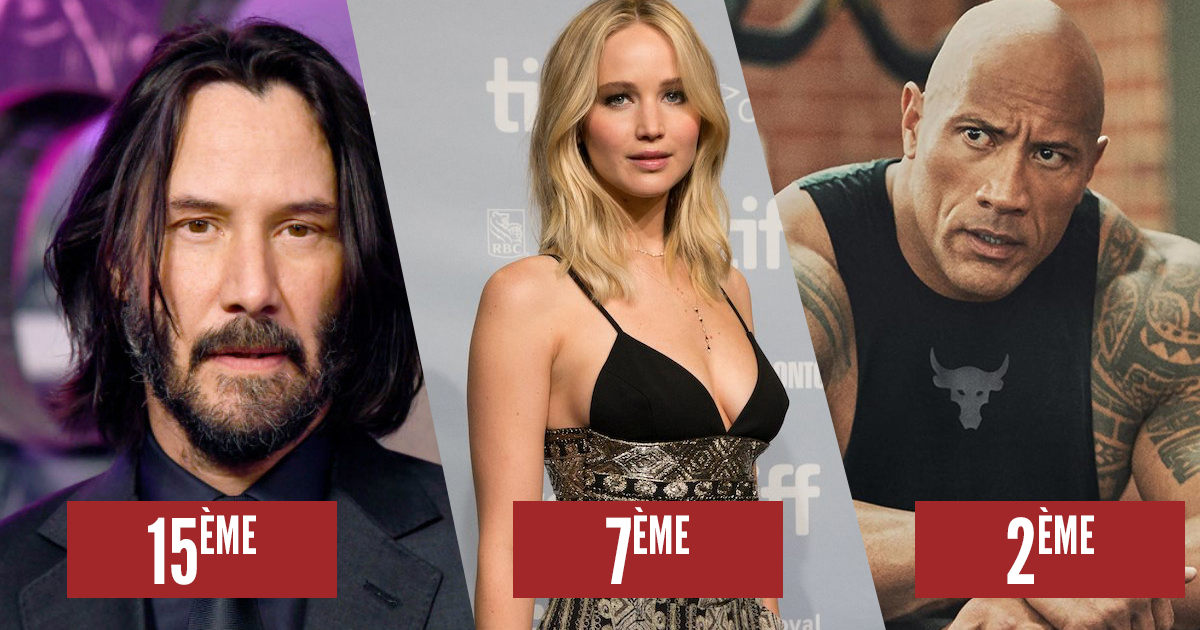 As Scarlett Johansson’s lawsuit against Disney raises the question of actors’ salaries, we discover the list of Hollywood’s highest paid stars.

In almost every film and series that deals with Hollywood, we follow the fate of a character who dreams of a career in cinema. However, if all dreams of fame don’t always come true, we should realize that some actors manage to stand out from the crowd and are courted by the studios. This enables them to appear for some on the list of the highest paid Hollywood actors and actresses that our American colleagues at Variety create each year.

Just released, Variety’s list has some surprises in store. But before we reveal the contents to you, let’s let you discover the identities of Hollywood’s highest paid actors.

When reading this classification several observations. First of all, as is so often the case, we find that actresses are underrepresented in this ranking, to the benefit of the actors. It would obviously be too reductive to put this solely on the back of the patriarchy. This is primarily due to a representation problem: Hollywood predominantly produces films in which men entrust the leading roles. (Note that this is by no means a request on our part to change the gender and gender of male characters, but rather a quantitative observation of the male and female lead ratio in Hollywood blockbusters.)

The second observation we can make is that the best paid actors are those who work for streaming platforms. In the top ten, only Sandra Bullock’s film (at least at the moment) is not intended for a platform. Daniel Craig, Dwayne Johnson, Leonardo DiCaprio, Mark Wahlberg, Jennifer Lawrence, Julia Roberts and Ryan Gosling work or have worked for films that are released on a streaming platform (Netflix or HBO Max).

We can explain this phenomenon in two ways. First of all, the Covid-19 crisis has allowed a gigantic audience on streaming platforms, to the detriment of the cinemas that have remained closed in many areas and for long periods of time.

Still, the streaming platforms, which have plunged into a bitter battle for leadership, are forced to resort to renowned actors who they pay decently for. For example, a film starring Leonardo DiCaprio and Jennifer Lawrence (the highly anticipated Don’t Look Up), two Oscar-winning actors who are adored by the public and critics, guarantees Netflix a huge hit.