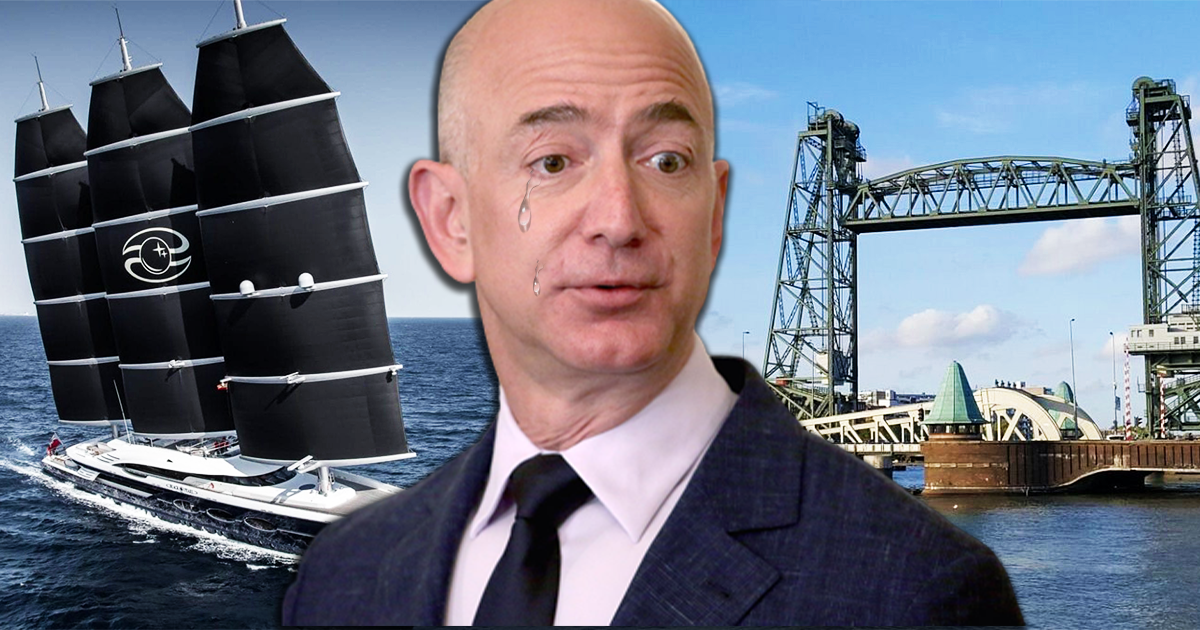 If you follow the news about billionaire Jeff Bezos closely, you should know that the latter recently caused a lively controversy for building a yacht that must now go back to sea and which must have a historical monument (before the Reconstruction). . And today a small group of protesters are coming together to show their anger.

The birth of a lively controversy in the Netherlands

Rotterdam City Hall announced on Wednesday February 2, 2022 that the Koningshavenbrug, a historic bridge in the city, will be dismantled very soon to allow Jeff Bezos’ very large yacht to pass safely.

The Koningshavenbrug (in Dutch: the Königshafen Bridge), commonly known as “De Hef”, is a former railway lift bridge located on the Koningshaven in Rotterdam between the island of Noorderereiland and the district of Feijenoord. The bridge has been out of service since a railway line conversion, but benefits from national monument status and is therefore listed as a historic monument. The bridge was renovated in 2017 by the Rotterdam City Hall, which promised never to dismantle the bridge again. However, City Hall has just announced that the bridge would still be dismantled to allow billionaire Jeff Bezos’ yacht, built in Alblasserdam, to pass through there in order to get back out to sea.Only that this story has upset the Dutch crowd, who decided to take action.

An action that starts on social networks

A Facebook event reportedly with 3,200 “attending” and more than 11,000 “interested” encourages anyone who wants to come and throw eggs at Jeff Bezos’ yacht as she begins her journey to win the wedding.

The organizers of the event give the following instructions: take a box of rotten eggs and throw them all at Jeff Bezos’ yacht. The participants, who have expressed an interest in the event, affirm that it is a gesture of rebellion and not violence.

And if you want to know why Jeff Bezos previously lost his lawsuit against NASA, you can read our previous article on the subject.