The Courier
HomeTechnologyhis Neuralink chip could actually kill you
Technology

his Neuralink chip could actually kill you 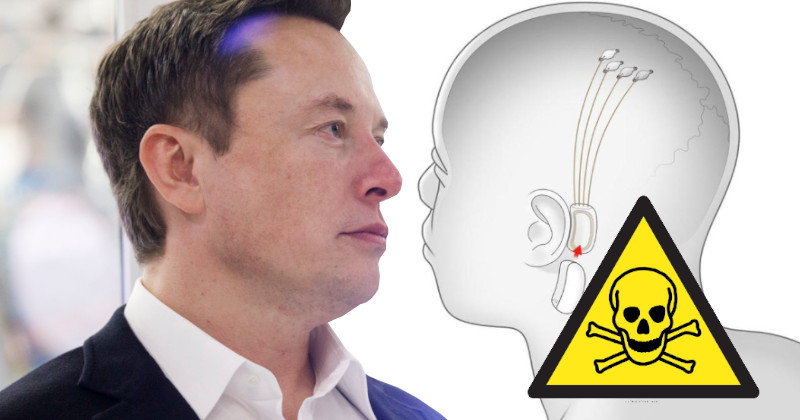 Is Elon Musk a Visionary Genius or a Public Danger? The question is probably too binary, but the fact is that the technological advances that the billionaire and his companies are offering are not always safe for humankind.

The American company Neuralink, co-founded by Elon Musk, has been developing brain implants since 2016. A project that aims in particular to help people with disabilities. The head of the company, Elon Musk, was particularly ambitious in planning to implant these chips in people this year. A schedule that is likely to get a bit muddled: last month, many scientists questioned the ethical side of using such chips. But the new allegations against them weigh significantly more heavily this time, since Neuralink chips could simply pose a mortal danger to people.

At least that’s what a 700-page report recently published by the Physician Committee for Responsible Medicine (PCRM), a non-profit scientific organization, supports. Very critically, he denounces a dangerous project and a source of animal cruelty in tests on guinea pigs. The PCRM even filed a complaint late last week.

Neuralink in turmoil: The company is accused of animal abuse

If the data in the report released by the PCRM is correct, which appears to be the case since Neuralink has not disputed it, then the facts are worrying. Since 2017, 23 monkeys have been used as guinea pigs and therefore received brain implants. However, of these 23 animals, at least 15 later died. They actually should have been killed after suffering serious health problems ranging from internal bleeding to self-harm.

“Extreme suffering” was suffered by all the monkeys who served as guinea pigs in appalling conditions. According to the PCRM, Neuralink and the University of California at Davis (where testing took place through 2020) violated no fewer than nine animal welfare laws, prompting the organization to file a complaint with the United States Department of Agriculture. A blow to Elon Musk and Neuralink, who in April 2021 proudly aired video of a monkey playing “telepathically” pong thanks to a brain implant.