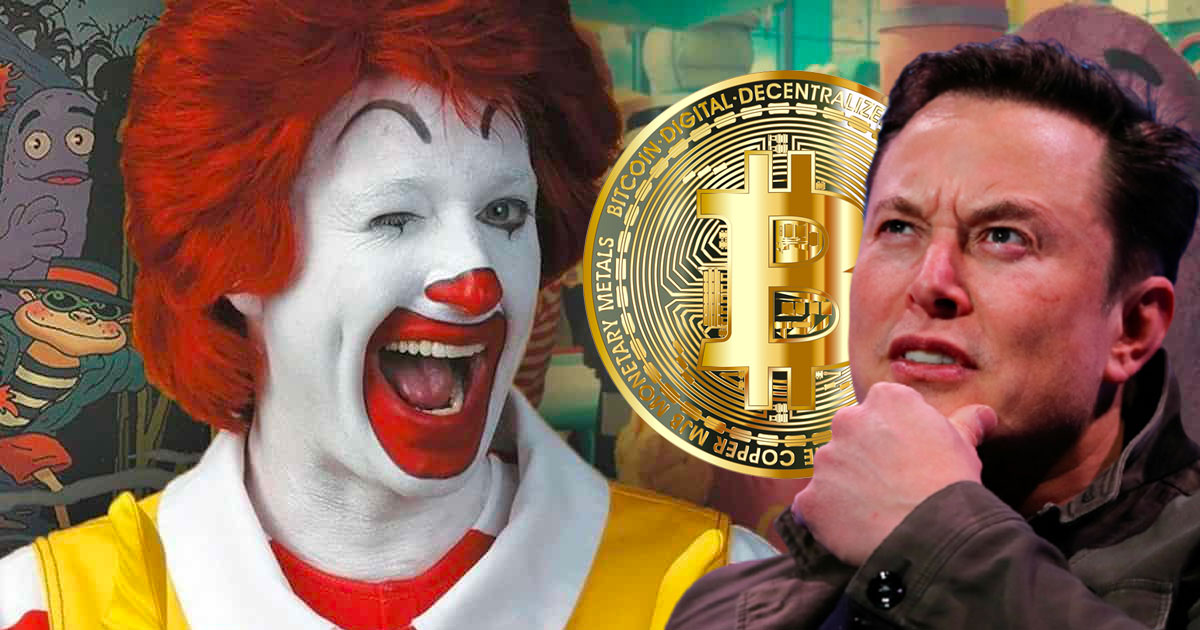 In fact, we know that the CEO of SpaceX and founder of Tesla is very active on social networks and in particular on Twitter. With a single message posted on the Blue Bird network, the South African boss had managed to bring Bitcoin’s price down. Today, Elon Musk used the app to ask American fast food chain McDonald’s when it would accept bitcoin to afford a Big Mac or a Happy Meal.

The company’s response was immediate. One of the community managers decided to reply to the billionaire and ask him if Tesla would agree to be paid in “Grimacecoin,” which referred to one of the characters used in the chain’s ads.

To further fool Elon Musk, the official McDonald’s account went even further by renaming his account “Grimace is a close personal friend of mine,” which translates to “Grimace is one of my close friends.”

After this exchange of tweets, various cryptocurrencies were created with this “Grimace” name and one of them had some success. The famous cryptocurrency called GRIM has grown by more than 40,000%!

A cryptocurrency to buy fast food?

For its part, Dogecoin surged from $0.1350 to $0.15 in just a few minutes. This corresponds to an increase of 11%! But we have to admit that this cryptocurrency was able to benefit from the “hype” between McDo and Musk, because at the time of writing, Dogecoin, which is now valued at $0.13, was falling!

As a reminder, McDonald’s has already accepted bitcoin to offer a menu. This was already the case in El Salvador, a country that has legalized cryptocurrencies. Last November, Burger King customers in the United States were able to win cryptocurrencies, including the Doge. If McDonald’s took Musk’s tweet in a humorous tone, Burger King in Brazil has been accepting payment in Dogecoin for the purchase of a Dogper since last June.