his company SpaceX could help colonize the moon 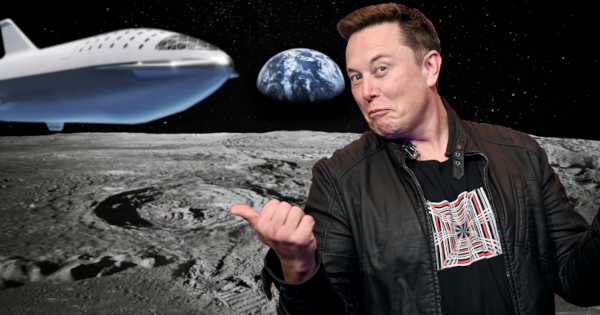 Is there a week that doesn’t go by without the eccentric billionaire making the news? From the introduction of his Tesla beer to his trolls on Jeff Bezos, who has gotten less rich than him, Elon Musk never misses an opportunity to stick his tongue out of his pocket. But these somewhat unusual excursions shouldn’t make us forget the more serious ones. With his companies specializing in electric cars (Tesla) and space travel (SpaceX), Elon Musk shows disproportionate ambitions and uses the means to further develop humanity in his own way. And when it is sometimes difficult to separate the feasible from the imagination, this time a very serious study comes to present a major project of his company SpaceX.

SpaceX spaceship: the miracle solution to settle on the moon?

Today no great lyrical upswing or self-overestimation by Elon Musk: It is a very serious and, above all, independent study that has come to the conclusion that SpaceX (which Elon Musk should make even richer!) cheapest and technically easiest “way” to reach a perennial habitat on the moon. This conclusion comes directly from the working group “Solutions for the construction of a lunar base” at the International Space University (ISU) in Strasbourg.

Alexandra Sokolowski, an expert in the space sector who participated in the study, explains that using SpaceX’s Starship would be the most viable method of establishing a colony on our natural satellite: it would be “enough” to adapt it to be “in.” a lunar habitat “. In addition to simplifying the logistical aspect of the project, this would also avoid spending in the tens of billions of euros. And if that sounds too good to be true, you know the project will be unveiled in the coming days at the International Congress of Astronautics (IAC), which starts today in Dubai and runs through October 29th.

Establishing a colony on the moon

For those who don’t know, SpaceX’s Starship was selected by NASA as part of their Artemis program in April 2021. The aim is to send a manned mission to the moon by 2024. But more than a lander, so it’s a habitat that the spacecraft could serve, according to the study. For this, its entire internal volume, i.e. 1,000 cubic meters, would have to be used: “A volume that corresponds to that of the International Space Station ISS,” remembers Alexandra Sokolowski.

According to the study, the habitable equipment of the Lunar Starship should not cause any great difficulties, and the great challenge would above all be to find a flat surface on which it can be placed horizontally. This would require the use of several rovers with unpronounceable names to stabilize the lander and protect it from the sun’s rays by covering it with a certain material called regolith. The perfect ground for the landing and subsequent installation of the Starship has already been spotted and is located at the South Pole, on the edge of Shackleton Crater.

To be as complete as possible, the study also focuses on many less sexy elements for the general public, but just as important: the legal aspect of such a project, the psychological well-being of the astronauts installed on the moon. , or even diseases and pathologies that could affect them. In any case, this project is expected to cost “$ 4 billion, which could be financed with $ 3 billion of public funds,” and will be completed in the “next five years.”

Now only the main actors have to be convinced. What the researchers behind this study know is likely to be the hardest part.