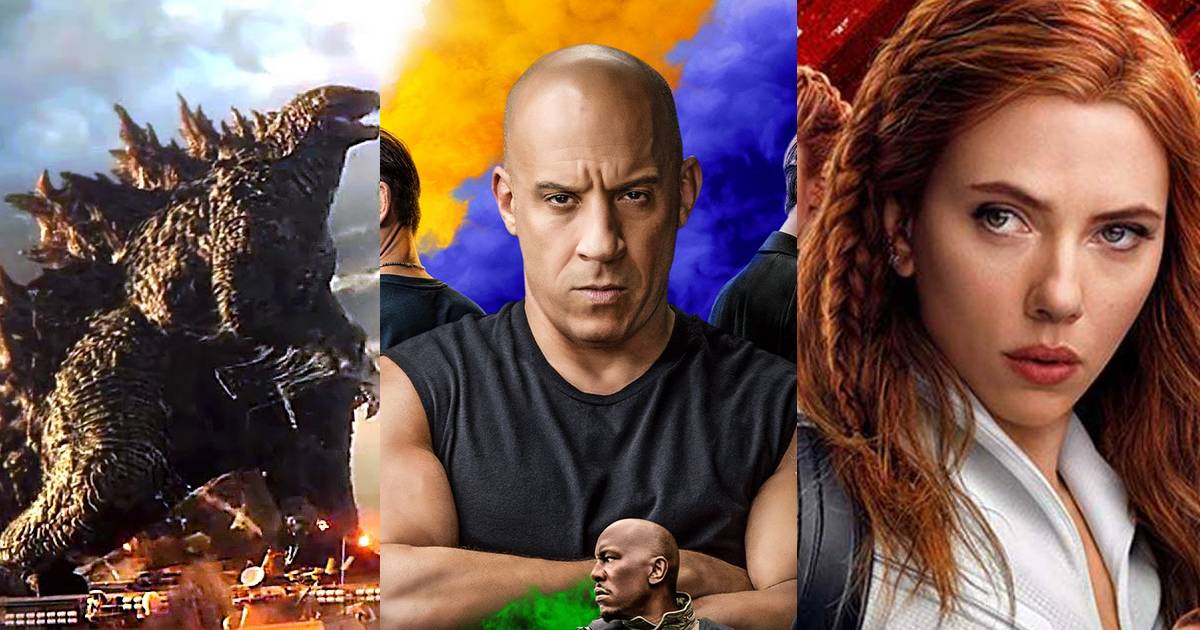 The year 2021 will have been a particularly important year for the entertainment industry. In order to compete with Netflix and the cinema ban in certain countries due to Covid-19, more and more companies have decided to open their own streaming platform. So many reasons that have favored piracy, as this ranking of the 10 most pirated films confirms.

Superhero-themed projects may, perhaps predictably, have been the most pirated movies and series of 2021. If you take the average of the 10 series and the ten films, this could be true, but this is not particularly the case, according to the figures of the company Akamai, which publishes an annual report on illegal downloading. Here we will only be interested in the movies and the classification of the series will be for a next article that will arrive quickly. And if we just look at the top 10 most pirated movies, we see that superhero movies are in the minority in the ranking as only 4 movies are represented.

Among them we find Wonder Woman 1984 at number 8, but also The Suicide Squad at number 6 and finally Black Widow and Zack Snyder’s Justice League at number 3 and 2. The rest of the ranking is occupied by Disney productions with three films alongside Black Widow: the Live action film Cruella at #7, Raya and the Last Dragon at #9, and Jungle Cruise, inspired by the Disneyland attraction of the same name, at #10. The big winner is Warner Bros, who have a total of five of their films in the ranking. Apart from the previously mentioned DC movies, we find Mortal Kombat at number 5 and the most important: Godzilla Vs Kong at the first position. Studio Universal is lucky to have only Fast and Furious 9 in the 4th place in the ranking. Here is the full ranking:

Such a classification raises many questions. Yes, why these films, and where are the great Marvel successes like Shang-Chi and the Legend of the Ten Rings or The Eternals. It seems these movies haven’t created the same craze for downloading. This can be explained by the loyalty of the fans, who prefer to go to the cinema to follow the plot. This can also be explained by the fact that most, if not all, of the films in the top 10 were available both in cinemas and for legal streaming on their respective platforms. HBO max or Disney+ to name a few. The films are thus available for illegal download more quickly because they can be restored more easily.

This was also at the heart of a huge scandal surrounding how the actors had to be paid, they received shares based on the number of visitors. In the midst of a pandemic, SVOD platforms have been favored and actors like Emma Stone have felt cheated by distributors. Another reason could be the growing precariousness of the bourgeoisie, who after two difficult years had neither the time nor the means to go to the theatre, be entertained or pay for a subscription. Last argument at the end: despite the box office successes of some of them, such as Godzilla vs Kong or Fast and Furious 9, these films, with few exceptions, have received average or even bad ratings on various aggregators such as Rotten Tomatoes. It’s possible that audiences preferred not to pay the price of a movie ticket to see these films, which might disappoint them. Also note that the film Zack Snyder’s Justice League was never released in theaters.

Share
Facebook
Twitter
Pinterest
WhatsApp
Previous article“My Father’s Violin” is the Turkish version of the melodrama we’ve grown weary of watching
Next articleRon Perlman Leaves Message to Those Who Criticized ‘Don’t Look Up’: ‘Fuck You’