Here are all the ways to make your Sim die 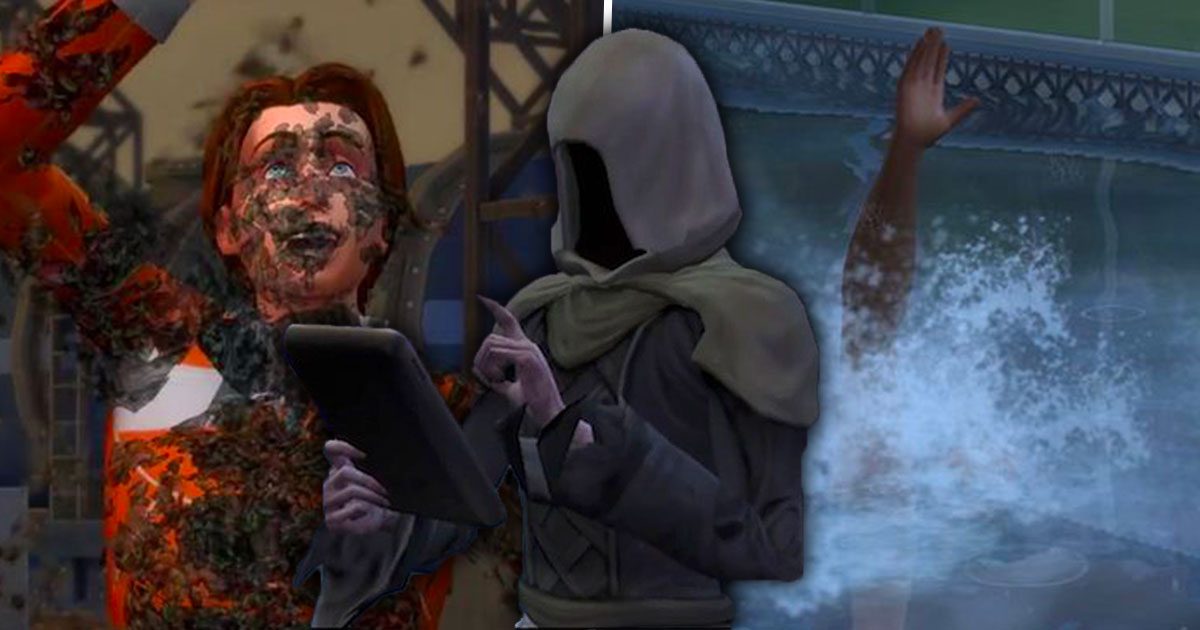 The Sims 4 was released in September 2014 and could use a total of 48 DLCs to expand the content. Of course, starting February 17th, the game Maxis will celebrate Valentine’s Day with The Sims 4 Wedding as it should be. Until then, it’s time for us to return to one of the key events in a Sim’s virtual life: their death.

Death is everywhere in Sims 4

Although Sims never age in The Sims 4, there are many possible “accidental” deaths. Between the unfortunates who serve as dinner for a cowplant, those who fall in front of a ruthless killer chicken, and the clumsy victims of a fall from a ladder, death struggles to be cute in The Sims. There are a total of 30 ways for a Sim to face death. Of course, the context can change. For example, a Sim can drown in both a swimming pool and a basin.

In addition to interacting with external and dangerous elements, a Sim can also die from anger or shame. Emotional deaths that tend to mark. Despite everything, it’s possible to avoid them by taking care of your Sim for a while and avoiding pushing them to extremes. The big players know this, but it is possible to counter death and revive a Sim. Ambrosia, the book of life or even a wishing well, players are spoiled for choice. The various deaths are just below:

Consumed by Mother: Solving the Strangerville Mystery allows Sims to be killed by the mother plant. Died of Rage: These Sims were so angry that they suffered a heart attack and died. Living Sims become angry when near them.Death by Scarab: This death is the fastest. Players don’t even have the option to call the Grim Reaper. It is caused by drinking three ladybug juice drinks.

Died from being hit by a Murphy Bed: The Sims were hit by a Murphy Bed after trying to put it down too many times. They gain energy by owning other Sims.Death by being infested with flies: In the eco-friendly lifestyle, Sims can bond with flies. If it goes wrong, they’ll be eaten alive. Flies stay around this Sim even after death. Cowplant Death: A mature Cowplant can eat Sims. When enraged, these spirits can kill plants Death by Drowning: If Sims swim tired or build a barrier around the pool, Sims will drown. These spirits are afraid of water and create puddles when they move.

Electrocution: If Sims repair electrical items while standing in a puddle or doing minor manipulation, they will be electrocuted. You can smash items by owning them Embarrassment Death: These Sims were humiliated before they died, they will remain embarrassed even after they die Death by Falling: When Sims attempted to climb without gear, no preparation was required and in bad weather there’s not a good chance they’ll fall and die Death by Fire: Fire hazards are very common, whether you’re cooking on a cheap stove with no protection or laying a rug near a blazing fireplace. After they die, they can set items on fire Death by Flowers: Creating a Death Flower (or regular Death Flower scented) composition will age Sims. For example, a toddler becomes a child, and a child becomes a teenager. During this time, the Elders will die, as this is the final stage of their Frost Death: Swimming or wearing light clothing in very cold weather can cause Sims to freeze to death. These ghosts can cool down hot Sims or kill them by freezing them.

Starved: Players can remove any food source and starve their Sim. After death, hunger must decay faster, and they can eat even when full. Death by Killer Chicken: Use mischievous or mean interactions with a chicken repeatedly until it attacks the Sims. If they survived the attack, repeat the steps until they are dead. Killed by a Killer Rabbit: Killed by a wild rabbit using the above steps but on a rabbit. Death by Laughing: If the sim is very playful and after a while they will die laughing.

Lightning Death: If a Sim is struck by lightning too many times during a thunderstorm, they will die. Old Age Death: These Sims lived their lives to the fullest and died a normal death. They sleep as ghosts most of the time Death from Overwork: If Elders continue to be tired and make noise or exercise, they will die from overwork Death from Overheating: During a heatwave, Simmers can force their Sim to wear heavy clothing and stay near a fireplace keep warm. This will lead to her death. After death, they will warm cold Sims or kill them by overheating Death by Poisoning: While exploring a jungle, Sims can be poisoned by many things like spiders or scorpions. If players don’t heal them immediately, they will die. These ghosts often belch, knocking out the Sims around them.

Death from Puffer Fish: If Sims with low cooking skills cook a puffer fish nigiri, there is a 50% chance they will die from poisoning Death from Rodent Fever: Sims can be bitten by a rodent and will die from a disease if left untreated. These ghosts will look like a giant rodent. Castor Overload Death: Casters who continue to cast spells while their meter is full will die from overload. Witchers retain their abilities even after they die.Steam Death: If players force their Sim to stay in the sauna after receiving the Supreme Sweat emote, they will eventually die from steam.

Sun Death: Vampires will die if left in the sun for too long. Death by Vending Machine: These Sims were hit by a vending machine because they kept shaking it and climbing on it until it happened to them. Terrible Consequences: A negative effect of after consuming the Immortality Potion, Sims become ghosts for 24 hours.Night Specter: When the caster is cursed and often fails to lift the curse, a creepy spirit called the Night Specter will haunt them and theirs mitigate needs. It can also appear with cheat codes.

The Sims 4 should continue to add to this list through its expansions, gameplay packs, and other stuff packs. For your part, do not hesitate to share your favorite death with us via the comments section.