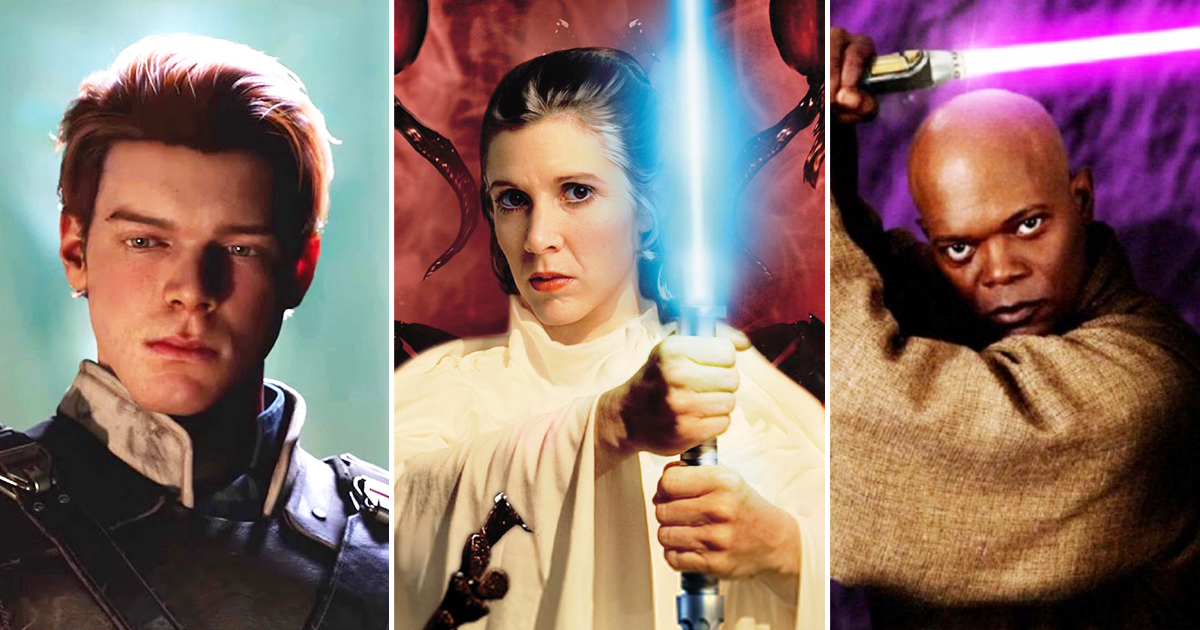 Warning: This article contains spoilers from season 2 of The Mandalorian. If you haven’t seen all of the episodes released so far and you don’t want to spoil it, then read no further.

In season 2 of The Mandalorian, Din Djarin searches for a Jedi to train Grogu, a task that proves difficult given the few Jedi remaining. In episode 5 of season 2, Mando manages to find Ahsoka Tano, but the latter refuses to train Baby Yoda. However, she suggests that Mando bring Grogu to the planet Tython. If we take a quick step back it all makes sense since the Great Jedi Purge has already taken place. Despite the best efforts of Darth Vader and the Empire, some Jedi have escaped extermination. We are providing a list of all known Jedi, so that you can remember them, who are still alive at the time of The Mandalorian series and who could potentially answer Grogus’s call.

The protagonist of the original Star Wars trilogy is the Jedi, who at first glance will likely meet the young grogu’s need for training. Luke was actually trained by Jedi Master Yoda, and so he would likely be very interested in meeting another creature from Yoda’s species. While Luke Skywalker could be a gifted master, the show is unlikely to flaunt him for two main reasons. First, The Mandalorian avoids spawning characters inherited from the original trilogy. The series tries more to stage original characters like Bo-Katan or Ahsoka Tano. Additionally, the appearance of Luke Skywalker would require a role redesign or image processing to allow Mark Hamill to return to his twenty-five years.

The episode “The Jedi” is a particularly important episode for fans of Star Wars Rebels as it heralds the return of Ezra Bridger, one of the protagonists of the animated series. Ezra’s fate at the end of the Star Wars rebels is still unknown, but Ahsoka Tano had teamed up with the Mandalorian Sabine Wren to find him. However, in episode 5 of the second season of The Mandalorian, Jedi Ahsoka Tano is actively looking for Grand Admiral Thrawn. Many fans have also asked themselves why Sabine Ahsoka Tano did not accompany in this episode. For Dave Filoni, director of the final episode of The Mandalorian and creator of Star Wars: Rebels, that may be because this episode comes before the Star Wars: Rebels epilogue. If Thrawn survives, it means Ezra has a good chance of being alive too and being a prisoner of the Grand Admiral. Five years after the events of Star Wars Rebels, we should know more about the fate of Ezra Bridger. In addition, we know that the Mandalorian series is the specialist in keeping the arrival of new characters a secret. With Bo-Katan and Ahsoka Tano previewed in Season 2, it seems likely that Ezra could be the one answering Grogus’ call.

Ahsoka Tano, as we said, has met Mando and Grogu before, but she refused to train the latter. However, she deserves to be mentioned in this article as she is one of the few Jedi still living in The Mandalorian. Ahsoka actually left the Jedi Order at the end of Star Wars: The Clone Wars to find his own way. Even so, she continued to maintain a connection to the Force, using her lightsabers. The latter are also white because they do not belong to the Sith or the Jedi. Even so, she doesn’t deny being a Jedi during her conversations with Mando. It must be said that since the old order was destroyed, in the end it doesn’t matter whether it is part of it or not. However, we might wonder if Ahsoka could not reverse his decision in the future after following Grogus’s upcoming twists and turns. Do you believe it? Not really on our side, but we do know that the Star Wars universe can be quite surprising at times …

Although not a Jedi in the original trilogy, Leia Organa was force sensitive and received Jedi training from her brother after the Jedi return ended. Leia and Han Solo’s son, Ben, is about four years old when the Mandalorian series unfolds. Leia herself is busy with her senarotial duties within the New Republic, the galactic government that was established after the fall of the Empire. Given her duties as senator and mother, not to mention the hypothetical controversy surrounding Leia’s role, which was re-cast just a few years after Carrie Fischer’s death, Leia Organa appeared in The Mandalorian to respond to Grogu’s call seems unlikely, however we had to address it.

A particularly interesting option for Grogu is Cal Kestis, the protagonist of the official Star Wars Jedi: Fallen Order canon. Indeed, Cal Kestis is one of the few Jedi to survive the Purge. It would also be interesting to introduce it into The Mandalorian, as it has only appeared in the video game mentioned above so far. So most viewers won’t be familiar with it, and it could fit perfectly into the theme of the series, which incorporates lesser-known aspects of the Star Wars universe. Additionally, such an appearance would allow Fallen Order fans to find out what happened to Cal after the events of the game. This role doesn’t necessarily need to be recast, as Cameron Monaghan gave the body its body character, could very well appear in the series. The only problem in sight: the fact that The Mandalorian takes place 23 years after the events of the Fallen Order. Monaghan should therefore have aged slightly to match reality. However, he remains one of the Jedi likely to answer Baby Yoda’s call.

Here is another character from Star Wars Jedi: Fallen Order, Cere Junda. The latter managed to escape the initial Order 66 massacre, but was later captured and tortured. She was able to escape by tapping on the dark side of the Force, but as a result of that event, she severed her connection to the Force to avoid rocking outright. She worked with Cal Kestis to restore the Jedi Order, and it is certain that her experience would be a significant asset to Grogus’ learning. Cere Junda was modeled after actress Debra Wilson, who is a voice actress but could potentially take on a role on the Mandalorian series if offered. After the events of the video game, we can’t say for sure that she is still alive, but we hope so. We definitely class them as Potentially Alive, so we may be able to respond to Grogus’ call.

As a bonus, we bring you a character that will surprise more than one, but why not? Rumor has it that Mace Windu could reappear in the Star Wars universe, and Samuel L. Jackson, for his part, has always said that he would like to repeat his role. Mace Windu is said to be dead in Revenge of the Sith, but we ended up just seeing him fall through a window. He could have survived and then cut himself off and retired for many years without our knowing anything. That hypothesis remains unlikely, but seeing Mace Windu take care of Grogu is something we would have liked to see in our lives.