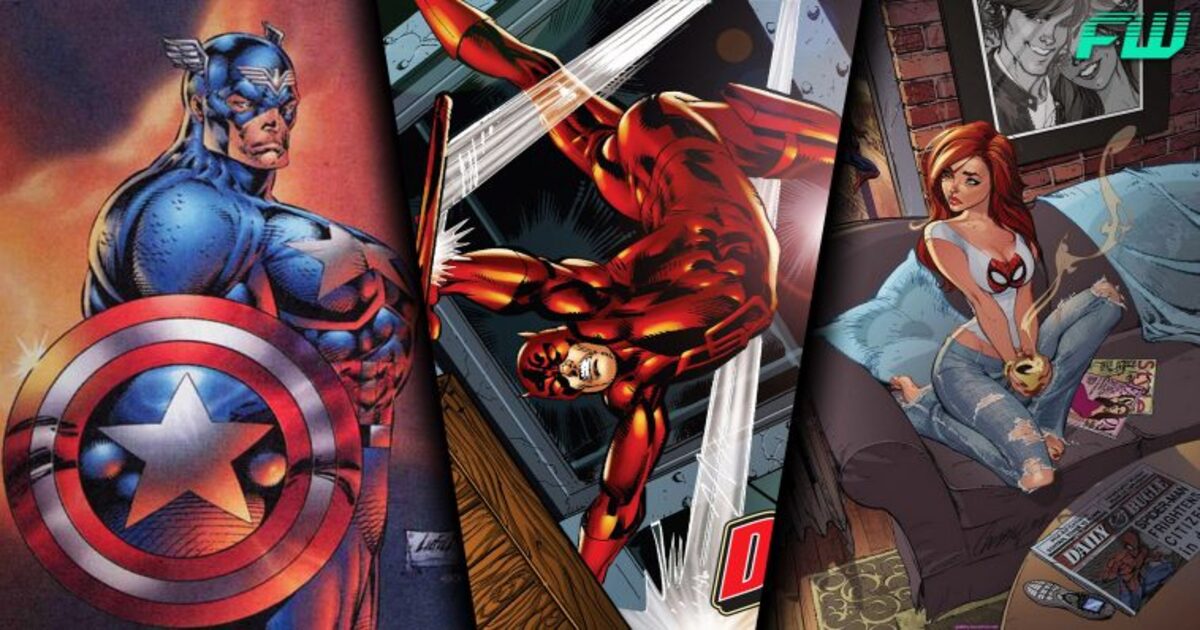 Comics often present us with advantageous plastic figures. We recently introduced you to the 15 most attractive women in this universe. Today we continue with 15 examples of completely unlikely anatomies. Too much muscle kills muscle. Please check the consistency of the measurements. For those of you who dream of body wraps like this, we’ll stop you right now: you can spend your life in the gym – in case they are ever opened again on French soil – but unfortunately you won’t get these bodies. Go your way, poor mortals!

the great jagged edge of the silver surfer

On the one hand, a doctor who is exposed to gamma rays and is overwhelmed. On the other side, a humanoid with a metal jacket, peacefully traveling in space. Nothing really shocking in the world of comics if it isn’t for the disturbing look of the big jagged latter. Promotion alert, there are three muscles on each side!

There are many things that the sorceress can envy: magic, teleportation, power, possession of people, etc. On the other hand, legs, which are 75% of the size of the body, are not.

the flexibility of Nightwing

Dick Grayson’s greatest talent AKA Nightwing? A flexibility that is of course worthy of the greatest contortionists in the world. Batman’s former partner is enough to make the characters of Jojo’s bizarre adventure blush with such a pose.

Mary-Jane never went under the knife from memory. However, judging by this picture, it appears to have defied human biology. Special mention for the t-shirt.

Has Namor the Sea Prince, a former enemy, become an ally of the Fantastic Four because of his long or excessively long arm? You have four hours.

Steve Rogers is an excellent fighter and a true military strategist. He fights proudly, always accompanied by his trusty shield … which, given the thickness of his chest muscles, is obviously no longer interested. Not to mention his arm circumference.

We present Matt Murdock, lawyer emeritus and yoga teacher in his spare time. Even Eddy in Tekken couldn’t do better.

the “impossible backs” of avengelyne and fame

If the two heroines in the person of Rob Liefield share the same creator, they also have a particularly docile backbone in common.

It seems that Peter Parker lets himself go a little. Unless it’s the designers? Either way, we hesitate between poorly placed pecs or pregnant Spider-Man syndrome.

Psylocke’s leg out of nowhere

Elisabeth Braddock has more than just telepathic skills. She would also have unlocked the power of 360-degree leg rotation.

the “little feet” of the cable

With such a massive torso one wonders how he doesn’t fart a cable (yes yes we dared) with such ridiculous feet. Visits to the physiotherapist / mechanic must be linked.

With a neck like this, it would seem completely trivial to have adamantium claws. The head and shoulders connection is conceptual to say the least.

The legend speaks for itself. Seriously, fists this size?

We now know where Elizabeth Ross-Banner gets her strength from: a shoulder that can carry the weight of the world.

Even intentionally, such poses are difficult to reproduce, especially in the air. Superheroes are downright resourceful.

Anyone who had a ticket to the Fyre Festival will receive compensation of € 6,000