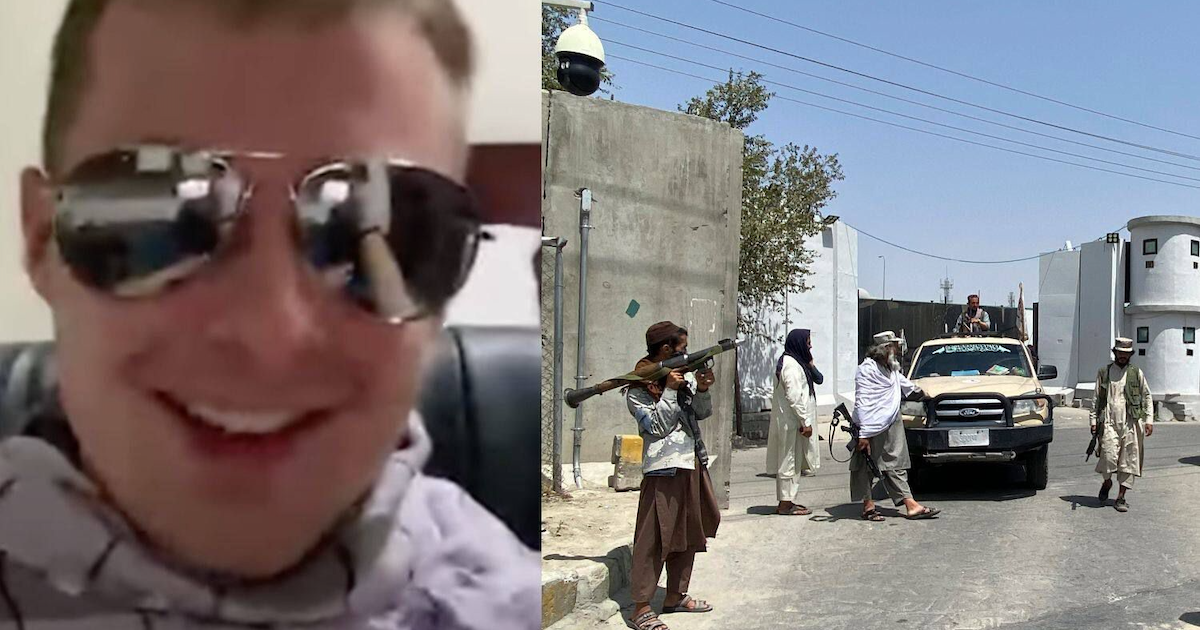 His name is Miles Routledge and he calls himself Lord Miles on social media. The 22-year-old Briton, a physics student at Loughborough University, had planned a very special summer vacation. In fact, instead of traditional travel destinations, he decides to travel to the most dangerous countries in the world. A completely crazy project because the young man decided to go to Afghanistan. With the events in the country, Routledge stranded in Kabul.

His challenge? Enjoying a dangerous vacation

Miles Routledge therefore decides to go to Kabul after his stay in Turkey. He arrived in the Afghan capital on August 13th. His plan is to stay there for six days and then leave. Apart from the fact that not everything goes according to plan. In fact, the Taliban managed to take control of the capital on August 15.

In a brook, Lord Miles sought to calm the people who followed him. He explains why he decided to go to this part of the world. As he recalls, he wanted to go on a dangerous vacation. In order not to end up in boring destinations like Spain or London, he searches the list of the ten most dangerous countries in the world.

Waiting for how to get home

For now, Miles Routledge would be in a United Nations house with about fifty foreigners. On his stream, he says he was traumatized by his experience: “I’m not going to sleep tonight, I’ve seen too many dead. I wanted this trip to be a small charity event where I visit a country other than mine, but now I’m mentally broken. ”

He also admits that his vacation schedule was a risky bet: “It’s a bet I made that went wrong despite my confidence and my jokes.” Routledge is now waiting for the British embassy and government of his home country to return. The latter still hadn’t manifested. Finally, on August 17, the 22-year-old Briton announced that he was currently in Dubai after being exfiltrated by the British Army. And a priori he does not regret this experience as he stated that his next trip to North Korea would be …

“Clickbait”: The new Netflix miniseries pursues a crime based on social media