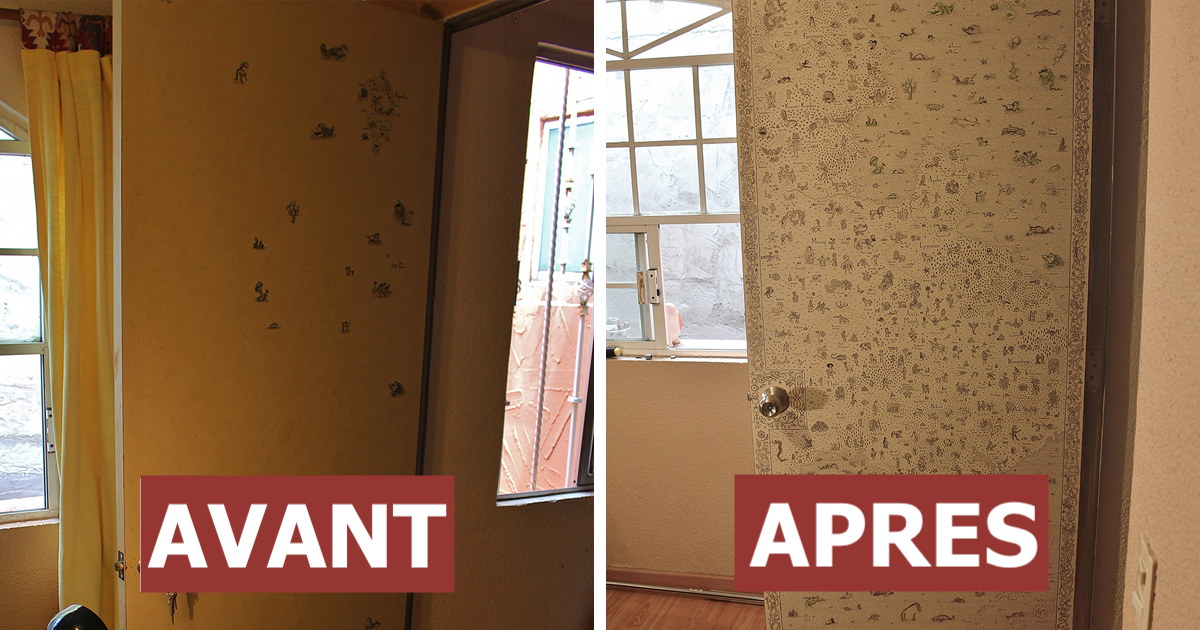 His name is Mario Yaír TS and this internet user has shared on BoredPanda his great and no less impressive work that he has done in detention these days. The latter decided to decorate a door in his house to turn it into a real medieval card with symbols, ingeniously hidden Easter eggs and references from different cultures around the world. We invite you to see in detail this door that has become an ancient medieval map.

First, Mario began researching sea monsters, which he drew in several places around the door. Realizing they looked a little lonely, he started drawing the entire map.

Around the door frame, he decided to fill the empty spaces with his various ideas to give it an antique style.

Around the door we discover a vine in which the arcana of the tarot as well as various signs of the zodiac and of course Celtic runes are depicted on the various shields.

Mario found inspiration for his theme by drawing on the various monsters and fantastic characters from the Middle Ages, both in Europe and the rest of the world.

In the end, his project very quickly turned into a card full of symbols, Easter eggs and other details.

13 kingdoms appear on the map, each representing different parts of the world. Every kingdom has its valleys, forests and cities. Their names come from real myths that people cherished. As you can see in the center of the map is the Mundi axis, which in religion or mythology is considered to be the center of the world where heaven and earth connect.

The map also depicts the seas and islands referenced in the maps of the ancient world.

Mario did not forget to give many details about the different forests with the vegetation specific to each one. So we can find weeping willows, pines, palms or oaks. There are also different types of landscapes such as mountains, lakes, swamps, mangroves, deserts without forgetting where the fountain of youth is located, symbol of immortality.

Scattered around the map, Mario also drew several plants such as the mandrake, a plant reputed to be magical because many believed it could cure diseases and give power. Mario was inspired by the Voynich manuscript, the most mysterious manuscript in the world in which we can discover drawings of plants with lots of information in an encrypted message or in an unknown language.

Around the handle, the artist hid more than 25 symbols that were used by alchemists. But he didn’t attract her in any way. He established a very specific order that follows the formulas for converting base metals into precious metals like gold.

Secrets at the bottom of the door

Mario hid many Easter eggs in the door frame like animals typical of the 4 elements as well as the 5 Chinese elements of Feng Shui, namely wood, fire, earth, metal and water.

He also hid in the lianas the ten points of the Jewish Kabbalah written in Hebrew, or even the symbols of IChing, ancient symbols of good luck, and other medicinal flowers.

It took a total of three months to complete his medieval map on the door and work on it almost every day. When it was completed, he decided to name it Mapa del Continente de Porta.

and if you’ve lived the euro in immersion?