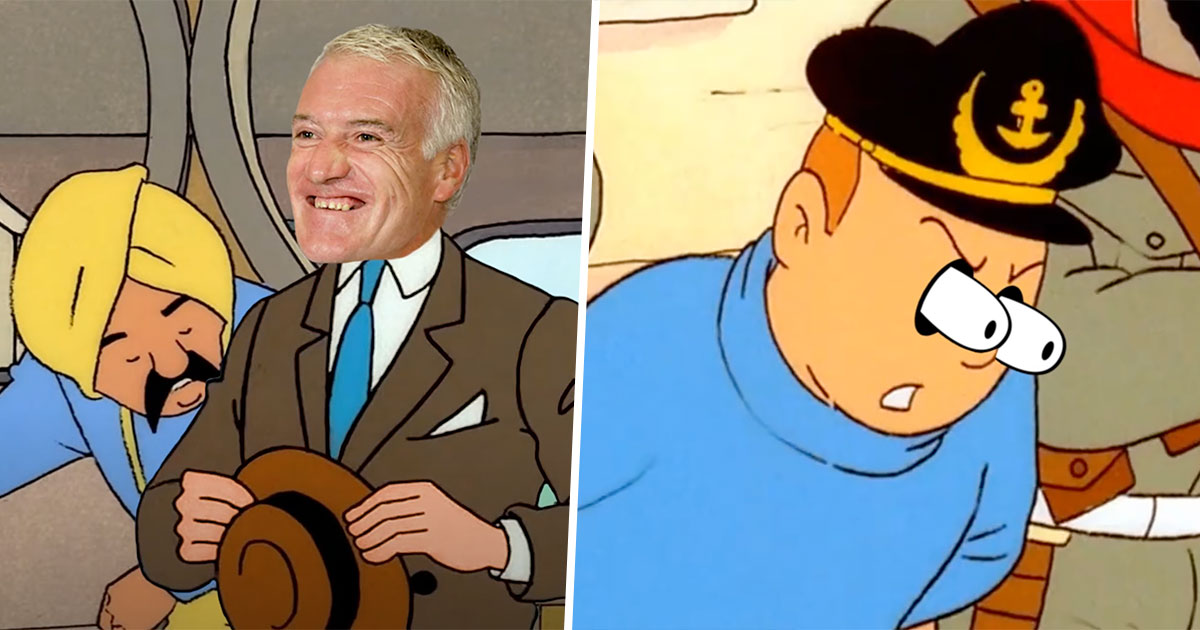 The series The Adventures of Tintin, born in the 90s, directly retraces the adventures of the young Belgian journalist on television. A relatively faithful adaptation that still has a number of notable differences from Hergé’s albums. One season and 39 episodes in total, aired and re-aired over and over again over the years. To pay homage to them, but also to spice them up, the talented Banniwam has been concocting parodies, each more magical than the next, for more than a year.

when tintin meets the absurd

For this series of diversions focused on The Adventures of Tintin episodes, Banniwam employs a winning recipe. An episode of the series is cut and reassembled, and the sequences are spiced up with the arrival of references to current events, memes, and completely absurd situations. An idea that pays off: Several hundred thousand views on the counter since Banniwam’s return to YouTube. After a strong presence on the Google platform in 2020, Banniwam has somewhat given up its channel. Long absences and a final video on November 27th, the audiovisual enthusiast continues to be found on both Facebook and YouTube. Hopefully there will be more of these little miracles to come in the coming months. To learn more just visit his YouTube channel.

The crab with the golden claws

The Secret of the Unicorn

The Temple of the Sun

Tintin in the land of black gold