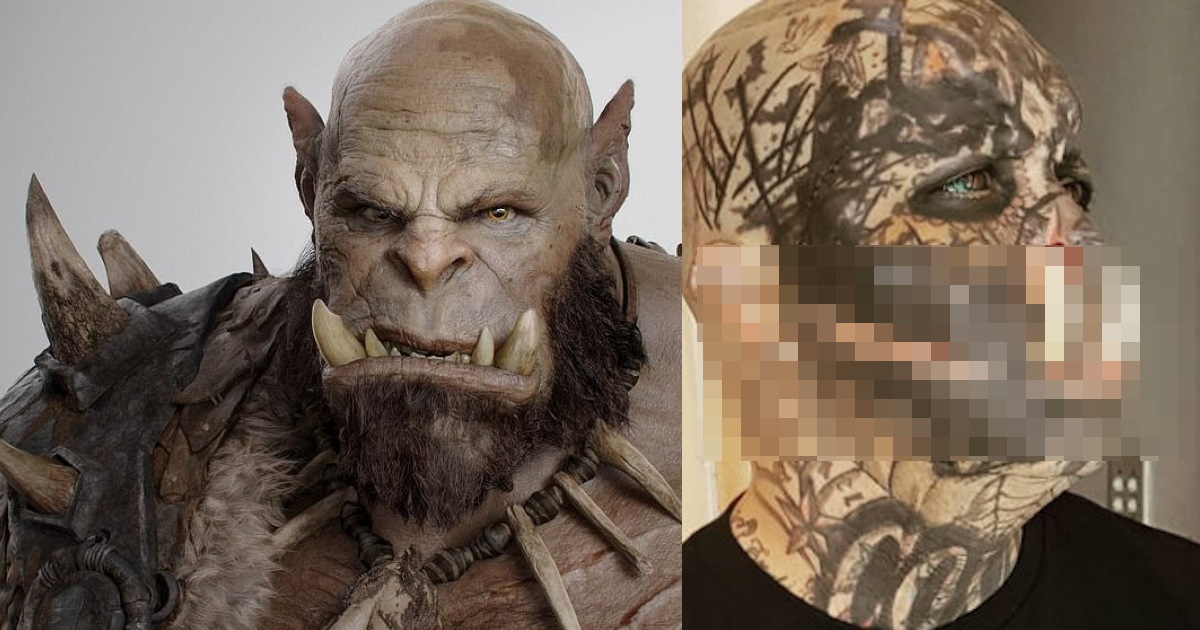 This 41 year old Brazilian is a believer in body transformations! The man from a small town on the border between Brazil and Paraguay did not simply cover most of his body with tattoos. It should resemble creatures from Tolkien’s universe or from World of Warcraft.

In fact, if you meet this man on the street at night, he can terrorize you. And for good reason, the one nicknamed Orc just grafted warthog teeth to look like Tolkien’s creatures or World of Warcraft’s.

Twenty years ago this Brazilian made his first tattoo. Over the years, he has gradually covered almost his entire body with tattoos to achieve 80% coverage. After this step, he turned to body modification.

The man had numerous piercings, but also cut his ears to one point, split his tongue and tattooed the white of his eyes!

To complete its transformation, Orc just spent $ 450 on warthog teeth. These are fangs that point up and give it a real orc-like look.

When the forties declare that he wasn’t inspired for his looks by anyone. The man emphasizes that his eccentric appearance is inevitably the source of many comments on social networks. But in the majority they are positive and encourage him to continue his metamorphosis. Her mother doesn’t like her new look, her father tolerates it, and her friends find it strange.

However, if Orc claims to get a lot of positive comments about his appearance, it is because of this that he lost his job, as did French Sylvain Helaine, known by the pseudo-Freaky Hoody, who was also fired from his post as a teacher in a teacher Kindergarten.