He becomes a millionaire after a meteorite falls through his roof 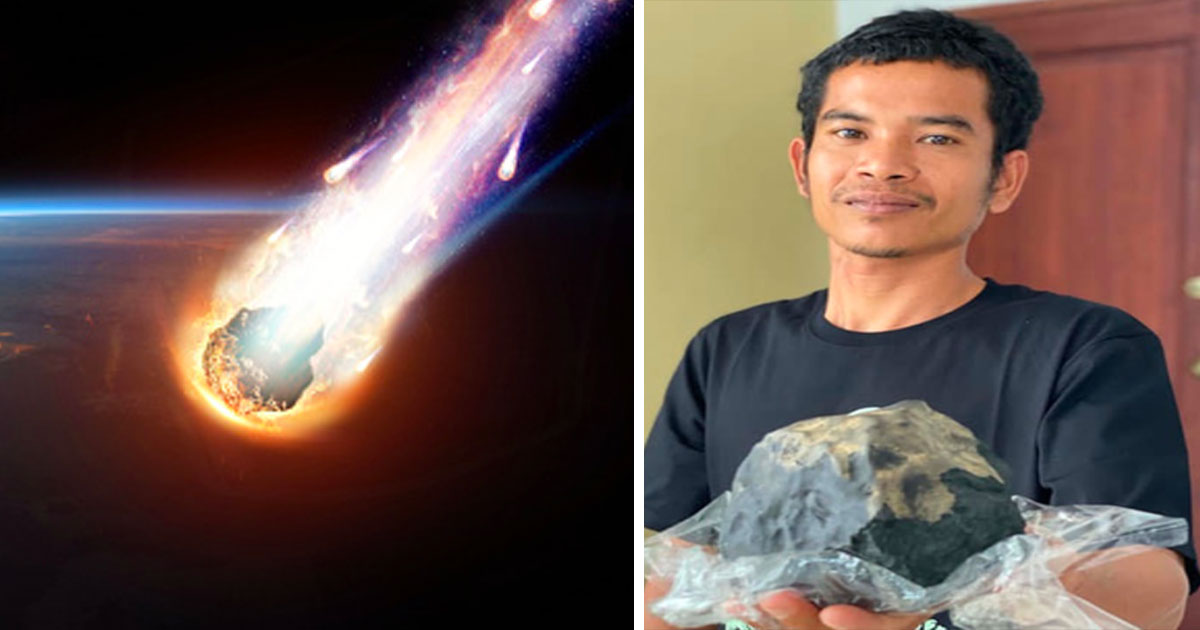 A natural disaster can pay you a lot! An Indonesian witnessed this recently when a meteorite fell through the roof of his home and became a millionaire.

A meteorite that won the jackpot!

At the age of 33 he was a coffin maker, today he is retired. On August 1st last year in Kolang, Indonesia, Joshua Hutagalung was surprised when a meteorite landed through the roof of his house and in his garden.

He heard a thud, then saw the pierced roof and the glowing object in his garden. An incredible discovery he shared in a video on Facebook.

“The sound was so loud that parts of the house started shaking. And after checking I saw that part of the roof was broken. When I lifted it, the stone was still hot.”

The story could have ended there, but after the video was released he was contacted by Jared Collins, an American specialist.

It was confirmed to him that the meteorite is of real value because it is extremely valuable. It is more than four billion years old and is valued at 1.5 billion euros. The American specialist was very interested and did not hesitate to land in Indonesia amid the coronavirus pandemic.

“My phone kept ringing, I jumped on a plane to buy the meteorite. It was in the middle of the COVID crisis and I was balancing between buying the stone for myself or working with scientists and collectors on the USA. I took as much money as I could and went to see Joshua, who turned out to be a good negotiator. “

Joshua is now a millionaire and retired thanks to the money he made selling his meteorite. He will now be able to enjoy his family and realize his dream of building a church in Indonesia.

You will understand, all you have to do is keep your fingers crossed for a meteorite to fall into your yard.