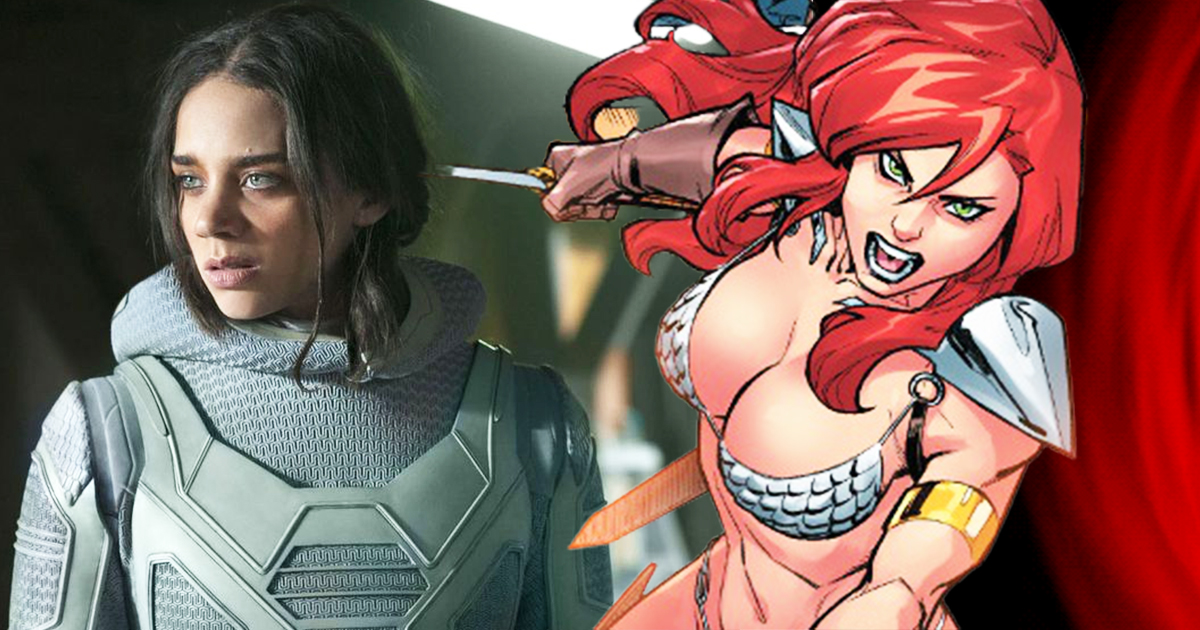 Actress Hannah John-Kamen, who played the role of Ghost in the movie Ant-Man and The Wasp in particular, was chosen to play another very specific role, that of another extraordinary villain you may have heard of. We take stock of this issue.

Perhaps you’re one of those people who knew actress Hannah John-Kamen from her role as Ghost in Ant-Man and The Wasp.

However, the actress was not her first attempt at this film, as she also appeared in the science fiction television series Killjoys in the feature films Star Wars Episode VII: The Force Awakens, Ready Player One or Tomb Raider. More recently, she has also appeared on the Brave New World, Intimidation and Black Mirror series.

This is just a coincidence, but after playing the role of Sonja on Black Mirror, the actress will take on the role of Red Sonja (pronounced “Red Sonia” in French) on screen. You may know the character if you’ve read the Conan the Barbarian comics, but you may not have known that the Conan and Red Sonja comics left the Marvel house to land at Dynamite Entertainment in 2005. It is actually this editor who is working with production and distribution company Millennium Entertainment to bring this new project to life.

Hannah is a very talented actress we’ve been following for years and she becomes Red Sonja. Her reach, sensitivity and strength are all qualities we have been looking for and we couldn’t be more excited than going on this great journey with her.

But who is Red Sonja? The character is not necessarily known everywhere and to everyone, so we have prepared a small refresher course to be unbeatable in this area.

Who is Red Sonja?

In the comics published by Marvel Comics, the heroine is portrayed as a barbaric warrior who evolves during the Hyborian Age (the fictional and distant era we encounter in the stories of Conan). She wears a simple chain mail bikini, a practically unnecessary armor, as the many characters she meets on her adventures show, to which Sonja reacts:

Men are easily distracted. Most of them don’t even notice my sword … until their heads roll off their necks.

If we focus on listing her skills, Red Sonja is an excellent fencer that Conan can withstand. She also has a really extraordinary physical strength that appears superhuman. She is also used to taking part in the fight against occult and paranormal phenomena. After seeing Hannah John-Kamen as the Ghost, we have no doubt that she will play the on-screen character Red Sonja very well.

After Conjuring 3, this new horror movie based on a true story is going to make you sick

Due to a racist valve from the director, the game suffers from Steam

all variants that were discovered in the series