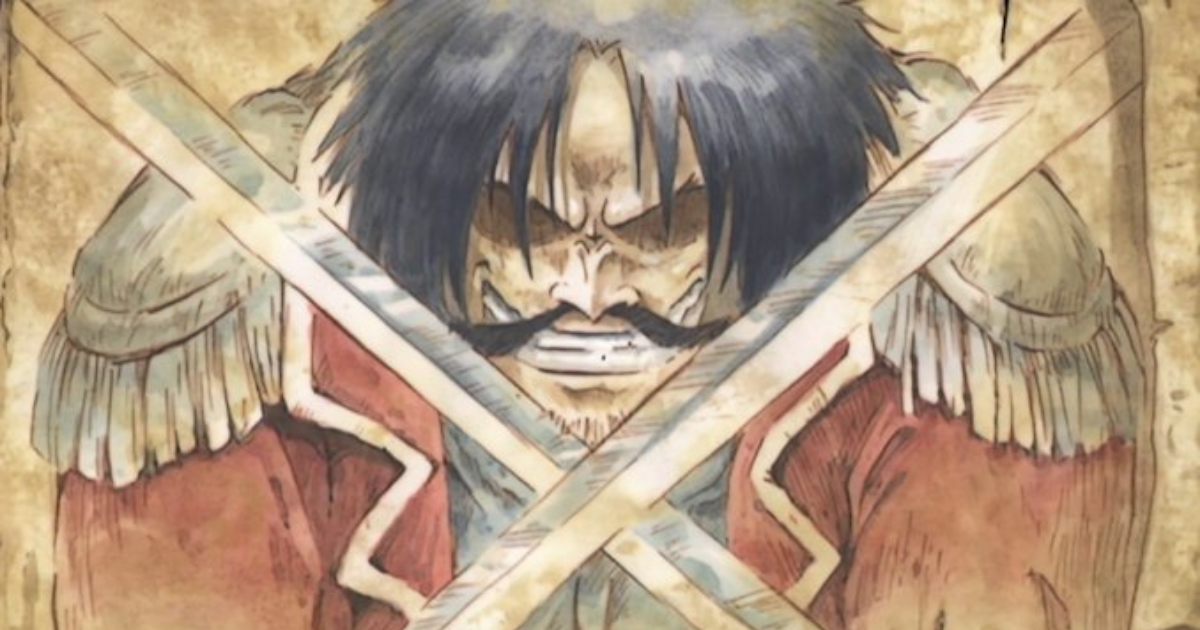 Becoming a pirate king is the dream of One Piece protagonist Luffy, who wants to follow in the footsteps of legendary pirate Gol D. Roger. However, many fans of the hit manga and anime believe that the character of Roger is inspired by a real-life “pirate king” from Japanese history, who would have become a legendary character in his own right.

In the world of One Piece, the title of Pirate King has only ever belonged to one man. His name is Gol D. Roger, and he got it when he reached the end of the Grand Line and set foot on the hidden island of Laugh Tale, where treasure was left by a legendary man named Joyboy. Roger then named this mythical treasure “One Piece” and after being captured by the world government, publicly revealed its existence just before his execution, challenging pirates around the world to find this famous treasure of the era of piracy that we know.

If the exact nature of One Piece still remains a mystery, unlikely to be unraveled until the final chapters of the manga, it remains the motivation that drives Luffy and his crew, the Straw Hat Pirates, to achieve it and become the Pirate King will. .

One Piece creator Eiichiro Oda drew inspiration for his manga from a variety of sources, including Western and Japanese cultures. As reported by ScreenRant, the names of many characters in the work were inspired by real pirates. For example, series antagonist Marshall D. Teach, aka “Blackbeard”, is inspired by the real Blackbeard, Edward Teach, one of history’s most notorious pirates. Jewelery Bonney takes its name from the most famous pirate of the 18th century, Anne Bonny, and “X” Drake is a nod to Sir Francis Drake, the famous privateer and explorer.

The Gol D. Roger reference, on the other hand, has long been ambiguous. The main theory is that Oda was inspired by Olivier Levasseur, who had also challenged others to find his own treasure, which remains undiscovered to this day. However, others believe that the real influence behind the character of the Pirate King was Fujiwara no Sumitomo, a Heian period nobleman from 794 to 1185 AD who rebelled against the central Japanese government and became a pirate.

Sumitomo was a local government official from the Fujiwara clan, one of the four powerful families that dominated Japanese politics during the Heian period. He became provincial governor of Iyo Province. Sent by the imperial court to root out pirates plaguing the Seto Inland Sea, Sumitomo eventually took control, sparking a rebellion against the central government around 936 and becoming known as the “King of Pirates”.

At the height of his power and influence, Sumitomo commanded over 1,000 ships and his influence extended across the entire Seto Inland Sea, blocking an important trade route. Because of this, the imperial court sent many officers along with a large fleet to try to get rid of Sumitomo, but at the same time another rebellion had broken out in the Kanto region, led by Taira no Masakado.

This period of conflict in Japanese history known as the Johei and Tengyo Wars. Reminiscent of the age of piracy in One Piece, where the world government seeks to crush any opposition to its power by any means necessary. Sumitomo was ultimately defeated at the Battle of Hakata Bay, and like Roger, he will not breathe his last on the battlefield, but in the hands of the central government.

One last detail might indicate that Sumitomo is a source of inspiration for Eiichiro Oda. His surname Fujiwara is eerily similar to the word “Mugiwara” used to refer to Luffy and his crew. Obviously, given the importance of Fujiwara no Sumitomo, it cannot be ruled out that the latter inspired Eiichiro Oda to create the character of Gol D. Roger, although the author has not confirmed this to date. The final Wano Kuni arc also reminds us that Oda draws heavily on Japanese folklore and history to write his work.

And if you want to know more about the unusual inspirations of your favorite manga, check out this article.