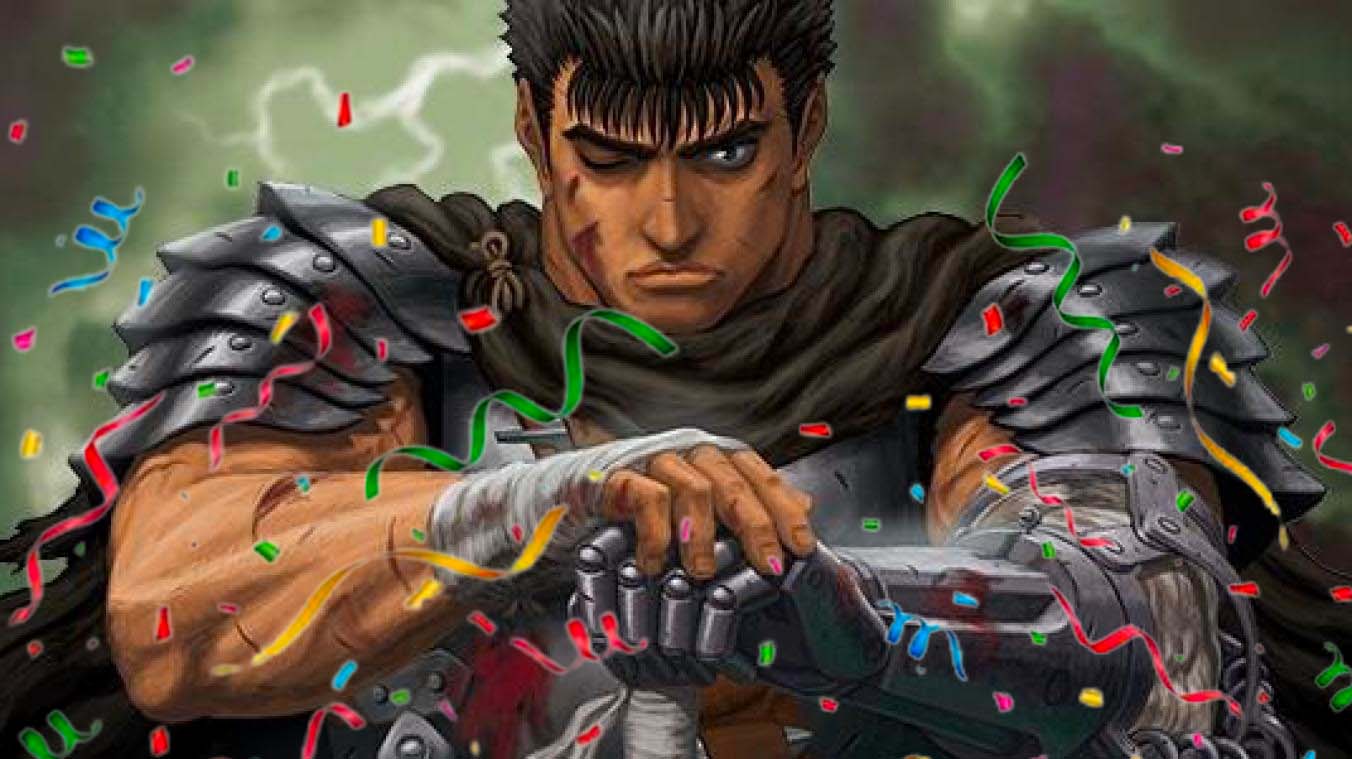 French fans of Berserk, still reeling from the death of Kentaro Miura, can rejoice after several Glénat manga announcements. Explanations.

Since last May and the announcement of the death of the legendary Kentaro Miura, Berserk fans have been mourning and awaiting news from Japan regarding the future of their favorite manga. In fact, the day after the mangaka’s death, his assistant had announced that he wanted to write the sequel to offer a worthy conclusion to the adventures of Guts and Casca.

Unfortunately, we don’t have any news about it yet, and Chapter 364 released in September 2021 might turn out to be the last chapter of the manga. For some fans, this terrifyingly emotional chapter could be the perfect ending to Berserk.

A few weeks after announcing with great fanfare volume 41 of Berserk in France, scheduled for July 2022, Glénat Manga has just announced the release of a collector’s edition of this volume on the same day. In addition to the hardcover and the dimensions of 188 x 263 mm, this collector’s edition is accompanied by a berserker metal plate. And all this for the modest sum of 23.45 euros.

However, this is not the only news that Glénat announces to please Kentaro Miura’s fans. In fact, the publisher confirmed the upcoming release (in July 2022) of Duranki, the latest manga by Kentaro Miura. If we know the famous mangaka mostly for his dark fantasy masterpiece, we mustn’t forget that Miura has also written other manga. In particular, we think of the one-shot Gingantomachia, or even Oh-roh, created with Buranson, the father of Hokuto no Ken (in French, Ken the Survivor). Both manga were published by Glénat Manga.

Duranki is the latest series from Kentaro Miura. It started in 2019 and told the adventures of Usumu, inspired by Greek mythology. After the death of Kentaro Miura, the Japanese mangaka publisher announced Duranki’s cancellation. However, fans of Berserk’s father will be able to discover his ultimate series, which is absolutely fascinating for anyone interested in the relationship the Japanese designer had with European art and history.