The Courier
HomeWorldGina Carano is controversial, fans are demanding her dismissal from Disney
World

Gina Carano is controversial, fans are demanding her dismissal from Disney 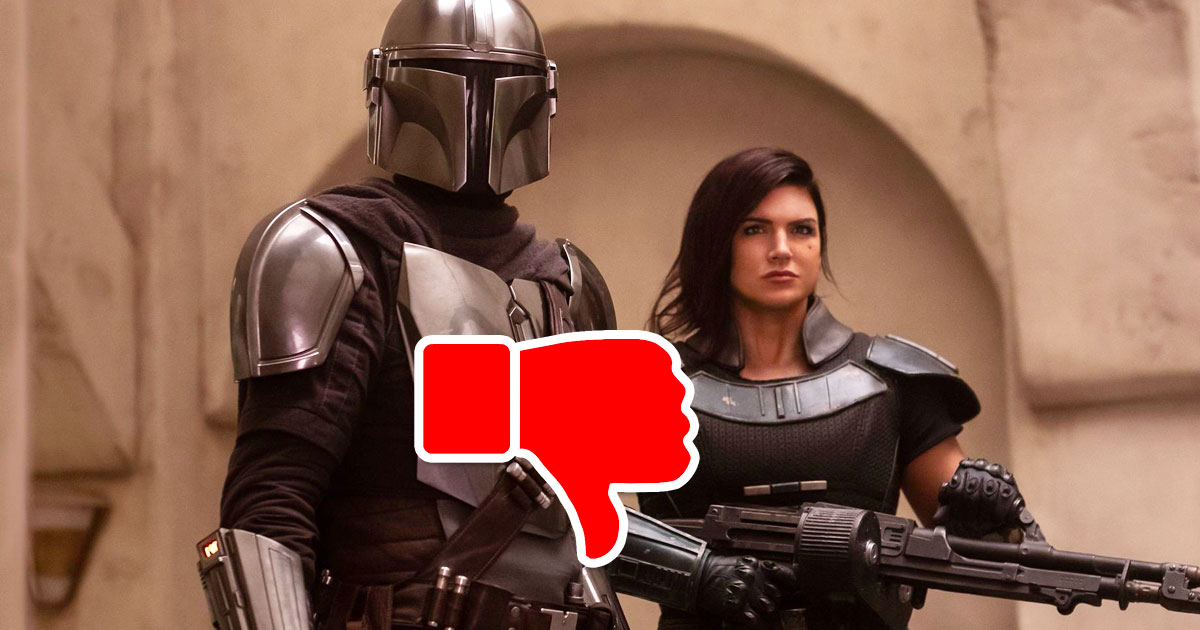 While her character of Cara Dune has not yet appeared in season 2 of The Mandalorian, fans are calling for Gina Carano to be fired. They think the actress, who is also an MMA champion, slipped on Twitter.

In the first season of The Mandalorian, you met Cara Dune, a former shock trooper played by Gina Carano. The MMA champ repeats her role for season two, but her latest Twitter outings have run out of fans for the series. In fact, it all started last September when an intervention on Twitter was deemed transphobic. Fans asked him to include pronouns in his bio to represent trans and non-binary people. The actress responded with a joke that some people who were already asking to be fired could no longer remember.

Beep / bop / boop has nothing to do with mocking trans people to expose the bullying mentality of the mob who has taken over the voices of many real causes.

I want people to know that hate can be endured with a smile. So BOOP you for any misunderstanding. ud83dude0a #AllLoveNoHate pic.twitter.com/Qe48AiZyOL

The second round took place a few days ago when she was talking about the US election. She didn’t call for a vote for Trump, but this was implied by some people. She was therefore accused of pro Trump and internet users demanded her dismissal.

We need to clean up the electoral process so that we don’t feel like we do today.
Put laws in place to protect us from election fraud.
Examine each state.
Film the counting.
Rinse out the fake votes.
ID required.
Let election fraud end in 2020.
Repair the system. ud83cuddfaud83cuddf8

Today is the third round, internet users go to the front because Gina Carano had anti-mask comments that she claims add fuel to the fire.

The hashtag #FireGinaCarano has been used by many internet users calling for the actress to be fired. Some even ask for it to be replaced with the Madame Frog we met in episode 2 of season 2 of The Mandalorian. Even if some people go to the front lines, Disney shouldn’t replace its actress.

@disneyplus @Jon_Favreau @dave_filoni Why are you all okay with continuing to employ someone who actively speaks against public health and the democratic process? #FireGinaCarano https://t.co/1KPcGxrvc8

Disney Plus, Jon Favreau and Dave Filoni. Why do you agree to hire someone to speak out against public health and challenge the democratic process?

You fired James Gunn for joking, but she still had a job after all the crap on her timeline? Ask people to join Parler, who is just a right-wing racist group. #FireGinaCarano @Disney https://t.co/ekQ91bt9ZW

They fired James Gunn for his jokes, but she’s still at her job after all the shit on her feed. She is asking people to join the Parler platform which is full of racist people.

Fire Gina Carano and replace her with Madame Grenouille.

Should Gina Carano be excluded from the Mandalorian series? Take the survey and give your opinion in the comments.