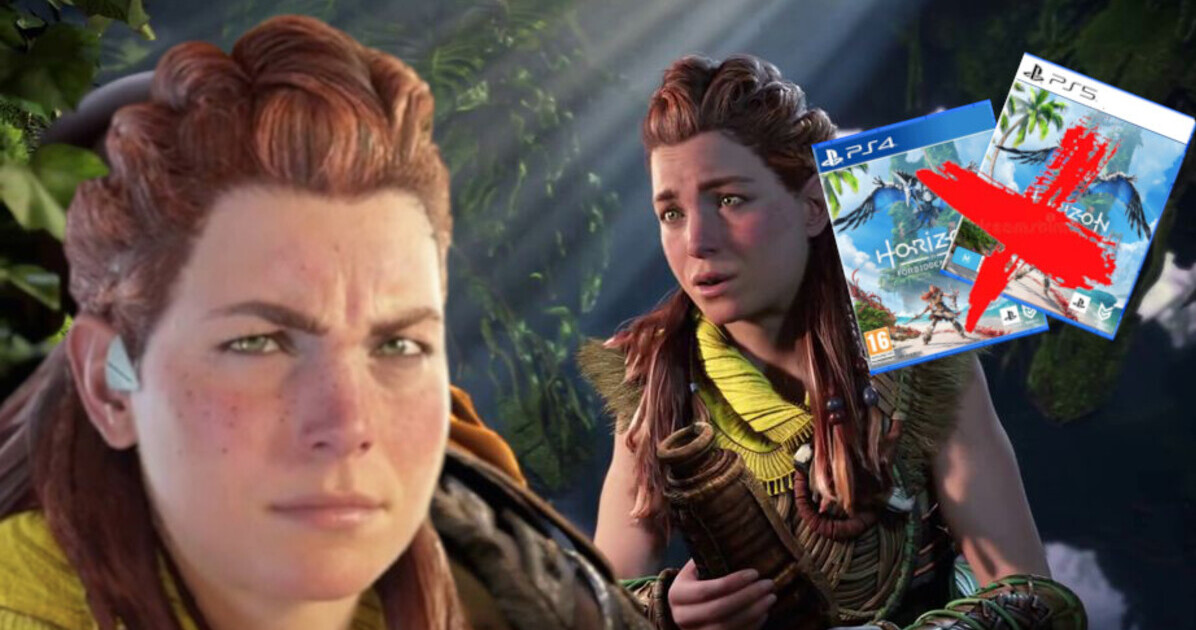 Sony Interactive had some important information about Horizon Forbidden West for gamers yesterday but isn’t sure if it was well received.

With Horizon Forbidden West, disillusionment seems to follow one another. A while ago we learned that the game was not in development enough to allow its first release in 2021.

Yesterday it was the turn of the various editions. Here is a quick overview.

– The Special Edition, only available as a physical version (PS4 or PS5). It includes the physical version of the game, the SteelBook® Horizon Forbidden West, a mini artbook, the game’s digital soundtrack. Price: $ 69.99 on PS4 and $ 79.99 on PS5. Only US prices were published.

– The Collector’s Edition, with a digital version of both versions, PS4 and PS5 (in the form of a download code) that includes:

-A game download code is provided in the box

-A digital edition of Falcon-Sun, the very first graphic novel to be inspired by Horizon Zero Dawn.

– Last package: the Regalla Edition. It contains code for both PS4 and PS5 versions and the following:

No upgrade, the fans react

You will understand when you read his lines. PS5 upgrades will not be available for the smaller editions, namely the standard editions of the game, which are priced at € 69.99 for the PS4 version and € 79.99 for the PS5, as well as the Special Edition. To enjoy the PS5 upgrade, players will need to purchase the Digital Deluxe, Collector, and Regalla editions, which is a sizeable sum. Here is what is said in the FAQ on the Sony official website.

This would mean the game will be offered in two versions, so it’s not a resolution fix. Of course, fans reacted quickly to these packets on Twitter.

Who can explain my interest in offering blank steelbooks with just a piece of paper to download the game?
No physical version (except standard and special editions).
Sad to see where we are going ud83d ude1f #HorizonForbiddenWest pic.twitter.com/mEBuunui3o

#HorizonForbiddenWest so even the photo mode pays (only in the deluxe versions and + not the standard which is already at 80) without mentioning that if you take a PS4 version you can’t pay like 10 to have the PS5 -Version the game has to pay back ps5 but waaaat pic.twitter.com/8q6Lzkx3LN

I didn’t mention it yesterday, but I find Sony is playing a very dangerous game on its #PS5 generation. ud83d udc4e ud83c udffb

After the turnaround at the cross-gen, we have chaotic upgrade management and even lie about the # HorizonForbiddenWest upgrade. pic.twitter.com/bDJdT3Y91t

I didn’t mention it yesterday, but I find Sony is playing a very dangerous game on its #PS5 generation. ud83d udc4e ud83c udffb

After the turnaround at the cross-gen, we have chaotic upgrade management and even lie about the # HorizonForbiddenWest upgrade. pic.twitter.com/bDJdT3Y91t

Seriously this is a joke!
HorizonForbiddenWest collectible version with no physical play. I know idiots who bought a PS5 without a BR player need to be able to play, but hey, a version with a wafer game would have been cool for real gamers.

So normally it was expected that the PS4 game HorizonForbiddenWest would upgrade to the PS5 version for free. There was no mention of a special version. ud83d udc4e Guerrilla PlayStationFR

Damn it, but Sony gets more than greedy, it’s indecent on #HorizonForbiddenWest

– No entry in the collectors ?? For me it is the basis of a physical collector ud83d ude05
– € 10 more for the PS5 version
– Not upgrading from the PS4 version?

I, who have been waiting for the # HorizonForbiddenWest collector’s Preco, have learned that there will be a lot of cool things including a steelbook, BUT NO PHYSICAL GAMES ??? it will be without me! In + the standard and special editions do not allow “switching” from the ps4 to the ps5 !!

It is important to emphasize that depending on the edition, it will not be possible to switch consoles while hoping to keep the backup. Unfortunately, for people who haven’t had the chance to get the PS5 and are hoping to take comfort with the PS4 version while waiting to upgrade to a digital PS5 version, it won’t be possible.

What seems to provoke the ire of the fan base is also the lack of the game in a physical version for the Deluxe, Collector and Regalla editions. It may seem expensive for an edition that claims to be complete, for which you have to pay around 200 euros. Especially since this package offers a steelbook or a box that … only contains a download code inside.

This obviously reacts to the increasingly imposing trend towards the dematerialized. If the studios want to enforce more and more, many players do not (yet) react positively.