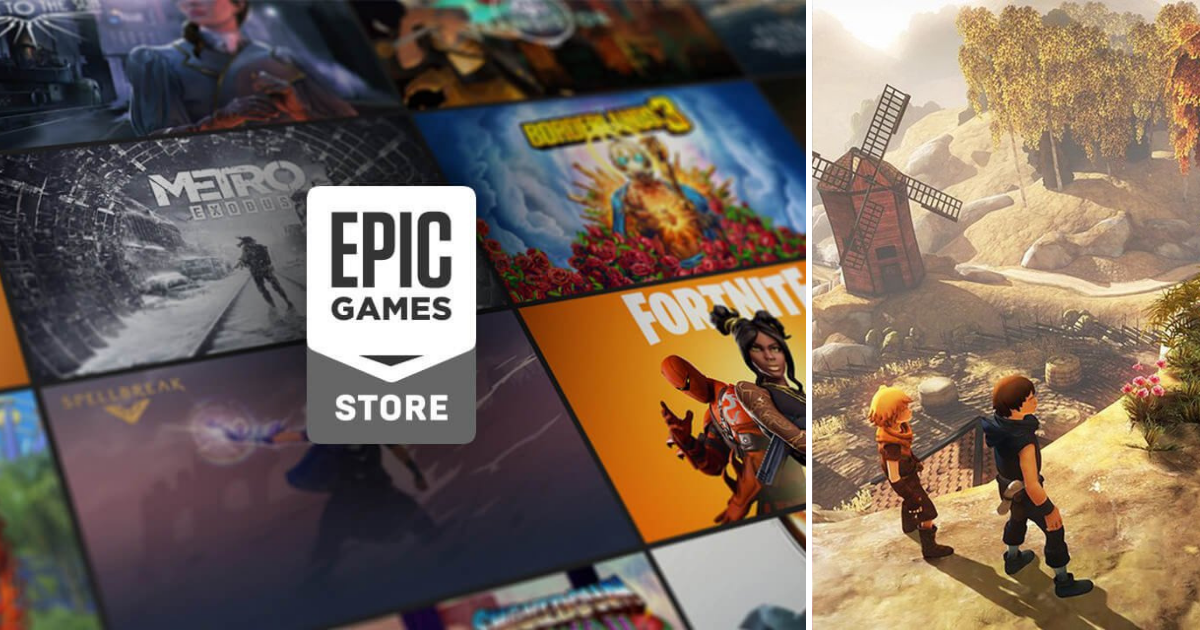 Bound by tradition, Epic Games rewards the loyalty of Epic Games Store users by regularly offering video games completely free. Here’s how you can grab this week’s free game today. And this next game, released almost ten years ago now, offers an exciting adventure with rather untypical gameplay.

a wonderful and atypical story

Thursday, which has become a real date every week, is now synonymous with new games on the Epic Games Store. Thus, anyone with an Epic Games account can spend a few seconds weekly on the platform to collect the free weekly game. A video game library that grows without paying a dime, that’s enough to make you smile. And after offering Windbound last week, this week’s game is none other than Brothers: A Tale of Two Sons.

The game is developed by the Swedish company Starbreeze Studios, founded in 1998 and known in particular for certain licenses such as The Chronicles of Riddick games, but especially for the Payday series. If the studio was best known as a developer, in the early years of the game it also participated as a publisher in the release and distribution of certain third-party licenses, such as the very famous Dead by Daylight.

In 2013, players could discover Brothers: A Tale of Two Sons and dive straight into the heart of an epic journey of two brothers. To save your dying father, you will embark on a search for the “elixir of life” and then you will have to solve puzzles, explore different locations but also face bosses, in an adventure where cooperation between the characters is essential if you want to survive.

Because in fact, one of the main subtleties of the game is based on its atypical gameplay, where you control the two brothers simultaneously with a single controller (essentially). The principle is simple: the left side of the controller (joystick and trigger) controls the big brother, and the right side controls the younger one. And while this particular gameplay might seem a bit odd, in reality it perfectly complements the game’s storytelling, provided by director Josef Fares, later known for his work on the game A Way Out and more recently It Takes Two .

The game Brothers: A Tale of Two Sons then received very good reviews when it was launched, particularly in terms of its artistic direction and innovative gameplay, earning very good ratings: 16/20 on JVC, 79% on Metacritic and 8.2 /10 for ignition.

Brothers: A Tale of Two Sons is available here from 5pm today until February 24th at the same time.

Be careful, think about double authentication

A quick reminder for those who may need it: you may have trouble restoring the game from the Epic Games Store. In this case, don’t worry: you just have to look at the duplicate identification page. Here is how to do it step by step:

As for the next free game from the Epic Games Store, you’ll have to wait until February 24, 5 p.m. to get it.